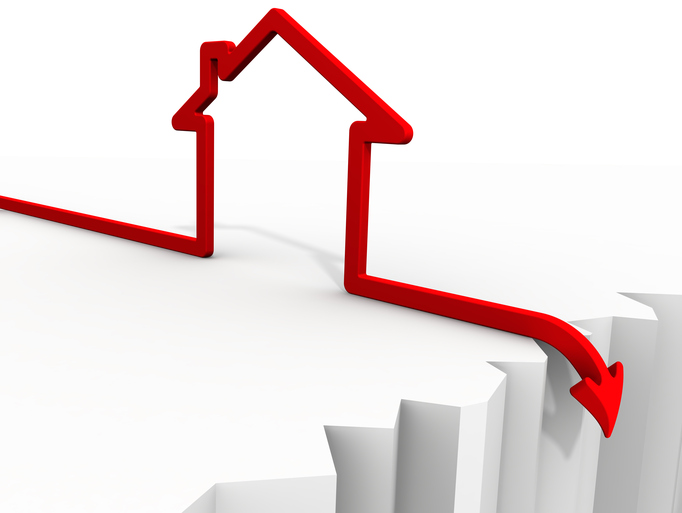 Now we're worried about house price falls? Give me a break!

I won’t name him because he’s a mate, but when a journalist tries to get his readers to worry about house prices falling, well, that’s just about as screwy as some ‘experts’ worrying about a recession, just as we equal the record of going 103 quarters without one. We now share this record with the Dutch.

By the June quarter, we’ll have gone without a recession for 104 quarters, which means we’re like a marathon leader who’s so far ahead that if he walked in the last kilometre he’d still win!

Before attacking the dumbness of stressing about house price falls, which the RBA, APRA, the Federal Government and most media outlets were hoping for as they panicked about a supposed housing bubble, let’s have a look at the economic growth result for the March quarter.

Yesterday I pointed out that some ‘experts’ tipped a negative GDP result. They were proved wrong, with GDP up 0.3%. Sure, it’s a weak number and if you annualised it by multiplying 0.3% by four, you’d get only 1.2%. However, if you did what the RBA does i.e. add two quarters or six months together and multiply by two, then you’d get 1.1% plus 0.3%, which equals 1.4% times two. This gives you a very good 2.8% annualised growth!

Yesterday, I showed how the economic readings for April and May so far were pretty damn good. Therefore, I’m not worrying about June being a bad one, especially with Cyclone Debbie fix-up work bound to help GDP growth.

And if you’re suspicious of my optimism (which the RBA shares), then have a look at what CommSec’s chief economist, Craig James, said:

"Especially positive is the health of the business sector with business conditions the best in nine years," he pointed out. "The hope is that employment and investment will continue to lift, maintaining economic momentum."

Sure, if you add the past four quarters together, growth is only 1.7%, but that’s so yesterday!

Right now, global economic growth is on the way up, local company earnings are on the improve, with company operating profits rising by 6% in the March quarter to record highs!

The Budget promises $75 billion worth of infrastructure spending in coming years, and if Donald Trump can survive his FBI witch hunt and get his tax bill passed, then 2017 could get very positive for the economy and stocks.

“In its bi-annual global economic outlook, The Organisation for Economic Co-operation and Development warned of further widespread job losses from what it said was Australia's biggest domestic risk: a large fall in house prices.” Fairfax reported.

"This could reduce household wealth and consumption, and damage the construction sector, leading to significant job losses," the report said.

Give me a break! Only a month ago, we were supposed to be scared about a housing bubble. Now that the air is coming out slowly, these turkeys are giving my mad media mates another reason to produce a confidence-killing headline!

I wonder why the media can’t play up good news like that above and this: “In a sign that the decline in mining investment may be nearing an end, business investment climbed during both the December and March quarters in the first back-to-back improvement since 2012.”

That came in the same Fairfax article on house price fears and considering wage rises and business investments are the biggest threats to the economy, this looks like pretty good news worth reporting.

I wonder why it’s not seen as important news?