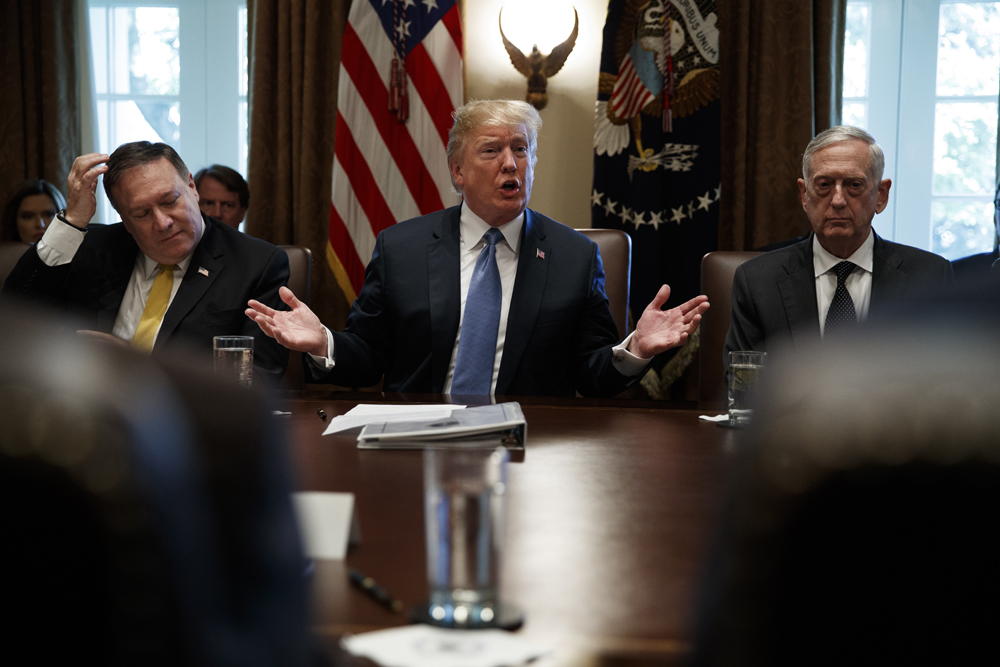 No Trump trade war blood on our stock market. Why have we been spared?

A trade war beckons and Australia is an open economy heavily dependent on global trade. And just when I tipped Donald Trump’s tariff tit-for-tat move could bring ‘blood’ in the Street, it has for Wall Street, with the Dow down eight days in a row. But our stock market has had two days at 10-year highs!

This is the right time to ask: “What just happened?” It’s what I asked on Wednesday and then Thursday and I hope I can do it this afternoon come 4pm when our stock market closes.

To quantify our market’s surprise great behaviour, understand that our S&P/ASX 200 Index (which measures the total effect of all the ups and downs of the share prices of our top 200 companies on the stock market) finished at a level (6232.2) not seen for over 10 years!

And it came when trade war tensions between China and the USA have again sent the Dow Jones Index down over 200 points. So given we generally play follow-the-leader with Wall Street, what gives?

The AFR’s Patrick Commins, with a few experts, had a crack at explaining it, putting it down to a number of things:

Right now, 29% of our exports go to China, while only 5% go to the USA. So being nice to China right now looks like a good idea.

And while I think the above factors have helped our market go up 5% in recent weeks, the big factor is that smarties in the stock market are starting to buy the banks. I’ve been tipping to my subscribers of my investment letter — The Switzer Report — for weeks that the Royal Commission’s bank bashing and the related stock market clobbering would eventually stop and a bank bounce-back would happen.

And in Monday’s note, I made my strongest case for this eventual rebound and it seemingly has played out this week. The CBA hit its recent low of $67.22 late last week and starts today at $72.90 — that’s an 8.4% gain!

The other financial stocks in the market, except AMP, have also had nice rises. Financial stocks make up around 33% of the total market, so when they rise and fall the Index is seriously affected.

All the AFR’s factors have helped our market — especially the drop in the dollar by about 3% in the past few weeks. But I reckon our ‘forgiveness’ of the banks, purely for well-timed money-making reasons, is the best explanation. That CBA rise in five days trading pretty well proves it.

As someone with a dividend growth fund listed on the stock market, my unit price has been negatively affected by Trump’s trade war talk. But the bigger effect has been the banks’ share prices being trashed by the Royal Commission fallout.

A few weeks ago, the unit price hit $2.42 after listing last year at $2.50. But it has rebounded to $2.59 since the banks got re-loved. That’s a 7.2% gain and shows just how important banks are to all those retirees out there who invest for income.

Mind you, there could also be some investor gambling that this is another Trump punt-bluff from a US President who once was a casino owner. But if a real trade war happens, these gains could easily evaporate.

Pray for a Trump trade truce before his July deadline for his tariffs.