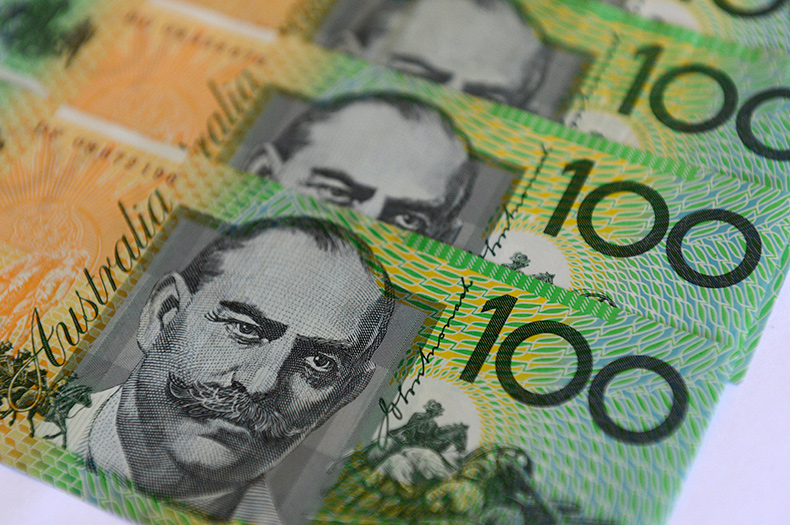 Those with mortgage stress in an age of historically low interest rates have learnt that the majority of Australians aren’t sharing their pain. In fact, it looks like we’re using our brains to cut less financially stressful lives.

The statistics are in and while our incomes aren’t going anywhere we’re getting smarter about how to improve our lives with less wage rises. But the irony is that the cause of our stagnant pay rises is probably making life easier to cope with.

The information about how poor income rises have been since the Global Financial Crisis (GFC) is contained in Melbourne University’s HILDA survey. HILDA stands for Household Income Labour Dynamics Australia. It has been conducted since 2001 and involves 9,500 households.

And if you’ve seen your pay go nowhere since 2012, you’re not alone. “That was on the back of very substantial rises, particularly in the mid-2005-to-2009 range when we saw very large increases in household incomes, but since 2012 there's been basically no growth,” said Professor Roger Wilkins to the AFR.

However, we haven’t sat there and copped an income-killing cramping of our lifestyle. Instead we’ve learnt to spend and live differently so our level of financial stress has actually fallen to levels not seen since the fallout years of the GFC.

In 2011, the financial stress measure was at 13%. Now it’s 9.7% and Prof. Wilkins thinks we’re simply adapting to our new slow or non-existent pay rise world. Other findings were that income inequality hasn’t changed noticeably, though poverty has started to pick up slightly over the past two years, despite falling for nearly a decade.

But the intriguing question not answered by HILDA is why?

It’s tempting to blame the GFC, given the fact that income growth has tapered off since the fallout years of that crisis. But Australia didn’t even see its unemployment rate go over 6% but the charts show bankruptcies really did spike between 2009-2012 and then again in 2016.

This is an interesting report telling us that employment of women is at 71.4%, the highest level since the survey first came into being. Casual contracts are dominated by the group between the ages of 15 and 25, while those in the age group 25-34 are often on fixed-term contracts. This is a new age trend and one in 10 workers are on these fixed term contracts, up from 8.3% in 2001.

But “why” all this is happening is intriguing and I suspect it’s predominantly caused by globalisation, the opportunities that the Internet has brought and the digital disruption it has been, and still is, encouraging.

The world we wake up to this morning can see me go online and order a new Burberry suit in London, where the pound is falling and it will be on my doorstop by the end of the week. And that’s good because I haven’t got a spare two hours to go uptown and shop for a suit.

I can Uber to work and even have my breakfast delivered by Uber or a new arrival to Australia riding a bike with a big food warmer bag on their back! My computer can get fixed by a IT company in The Philippines and my bookkeeping can be done by a team in Delhi.

Meanwhile, a holiday in Bali can be cheaper than one at Port Douglas and my attitude to being healthy means I walk where I used to drive. And when I need a car, I can simply use a Go Get one.

This little story of my alternative life has hurt David Jones or my local menswear shop, which no longer exists in my nearby shopping strip that has about 10 empty stores or pop-up businesses that are covering up a new age retail problem.

Taxis have less business, though I must admit I’m still a 1300 Cabs person but I’m not cool and groovy but I do help pay wages in Asian economies nowadays to service providers who compete with more expensive local operators!

The lower dollar is keeping me at home for this annual holiday but increasingly most Aussies are heading overseas on cheap flights that never existed 10 years ago. And on cars, the world is becoming so different that we’re looking forward to driverless cars. And the likes of Lend Lease are planning on city residential buildings with, wait for it, no car parking spaces!

The level of competition from the online world, digital disruptors and global giants, such as H&M, simply make it too hard for local businesses to raise prices as our inflation numbers, which are out tomorrow, show.

Those nerdy IT geeks from Bill Gates to Steve Jobs to all those T-shirted, jeans-wearing types in Silicon Valley have changed our world, nearly-killed conventional TV and newspapers and many old world businesses.

Meanwhile, our new age love of the planet is putting coal and other heavy polluter industries on notice that things are changing, as BHP’s boss, Andrew McKenzie conceded last week.

The world is changing and the economy is changing as a response. This explains why interest rates are at historically low levels, why inflation is subdued, why wages growth is tepid and why we households are looking for cheaper ways of living our lives. It’s a credit to our adaptability but a lot of old world businesses and their employees are paying a bigger price than others who are coping slower wage rises.

Economists like me call it structural change. You might call it the evolving real world that you have to live in and cope with.