On one hand, Trump is set to possibly usher in a radical departure from conventional politics. And then yesterday, we saw the departure of Mike Baird, a conventional pollie who showed what can be achieved by a professional leader.

What Baird has that Trump doesn't

What a contrast! On one hand, there’s Donald Trump set to usher in possibly the most radical departure from conventional politics tomorrow, both for the USA and the world. And then yesterday we saw the surprise departure of a conventional politician, who showed us what can be achieved by a professional leader but alas, he’s running away from one of the hardest jobs on earth.

Yep, leading a country or a significant state such as New South Wales, isn’t a job for the faint-hearted. As Barry O’Farrell showed, it’s damn easy to come a cropper after failing to report a gift of a bottle of Grange!

What will shock many of us is that a man in such a prominent position, who some think could be the man who could lead the Federal branch of the Liberal Party, would dump it all for his family! 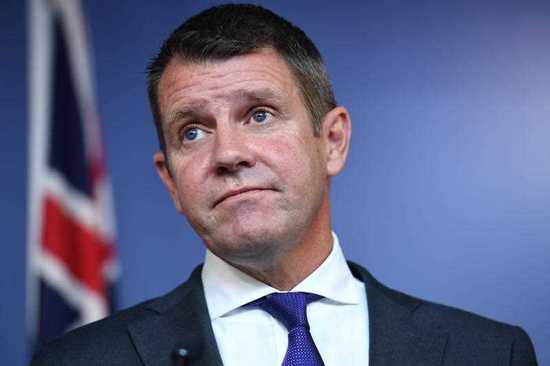 Normal people do that but not politicians, who beat the party system and all the rivals in politics, who either want the job you’re after or want to walk over you to get it.

We are so cynical towards politicians. Maybe it’s because we know how they’ve made it to the top. And while they say they went into politics for public service reasons, many of us think the only public they really serve is themselves and their egos.

In my game, I’ve objectively assessed hundreds of power-wielding politicians and there’s a bit of both in all good and bad politicians. The worst ones serve themselves more than the public they serve.

The good ones do have a dream to share with the public. For example, Scott Morrison and Chris Bowen, undoubtedly are good people, who believe their plans for the economy will bring about a better life we Aussies deserve. However, neither has been able, at least in their current positions, to gain the kind of support that someone like Mike Baird has achieved in such a short period of time.

That’s why his loss after being Premier only since 17 April 2014, when Mr O’Farrell resigned, comes as such a shock. He was a good’un and he goes effectively next week. And it would be a surprise if Treasurer Gladys Berejiklian doesn’t get the top job. She’s a good one too but it’s a new role and as I say, it’s one of the toughest jobs in the world being a political leader, as Kevin Rudd, Julia Gillard, Tony Abbott and now Malcolm Turnbull have found out.

We’ve always expected a lot from our political leaders but they now have become 24/7 fodder for a news service that never sleeps and that now doesn’t just have professional journalists watching you like a Labrador watches a rogue sausage dropped on the ground at a barbeque. Now there’s an army of amateur journalists tooled up with iPhone video equipment and a twitter account!

It’s no wonder why a man of only 48 years of age, who already has been offered corporate gigs following his exit press conference yesterday, would choose to support his mother, who now needs 24-hour care because of muscular dystrophy, his father Bruce, who had open-heart surgery at Christmas time and a sister, Julia, who has hosted the ABC’s The Drum who, after beating cancer, has now had a relapse!

A guy who served his State so professionally now wants to put New South Wales second to his family. Yep, that’s why Mike Baird was the leader his State had to have. And we can only hope that one day his family’s health permits him to think about Federal politics.

Sure, he jumped the gun on banning greyhound racing, when he should have balanced the interests of an industry with a big regulatory stick to clean up the badly-behaving dish-licker trainers and breeders, who clearly are the real animals in the game.

And I’m sure he could have handled the WestConnex scenario better and the impact on homeowners, who lost their houses, but leading looks a lot easier than it is.

Anyone who disagrees with me has never really been in a position of leadership. If they have been, they weren’t much good at it and worst of all, they still don’t know it!

Good luck Mike Baird. Without you, we just might need it and that’s despite my positive view on Gladys.

And with Donald tomorrow and beyond? He’s a work-in-progress but if anyone can cope with the rough and tumble of politics in a crazy 24/7 social media jungle, it’s this guy.

What a contrast — Mike Baird and Donald Trump!