My money charts that can change your life forever!

As the old saying goes: “A picture paints a 1,000 words”, and as I usually write about a thousand words in Weekend Switzer, I thought I’d shoot for a thousand this week by showing you the charts that could change your money life, forever!

I showed this to my young producer, Charmaine, who works on my On The Money programme for the Talking Lifestyle radio channel in Sydney, Melbourne and Brisbane.

Charmaine has $4,000 to invest. After listening to our show for nearly a year, she wants to build her wealth. Ah, the power of influence! And she has been lucky because she’s been paid to listen and learn how to get rich!

Feast your eyes on this chart from the mob at Vanguard. It’s an oldie but a goodie. It shows what happens to $10,000 invested in 1970 if it’s slammed into say an ETF, such as IOZ or STW, which buys stocks in our top 200 companies and puts them into one ‘stock’ called an exchange traded fund or ETF.

This chart shows that if any dividends from that $10,000 are re-invested and the whole pile of money is allowed to roll like chips on black or red at the casino. However, there’s one difference — you always get a return in the shape of dividends. 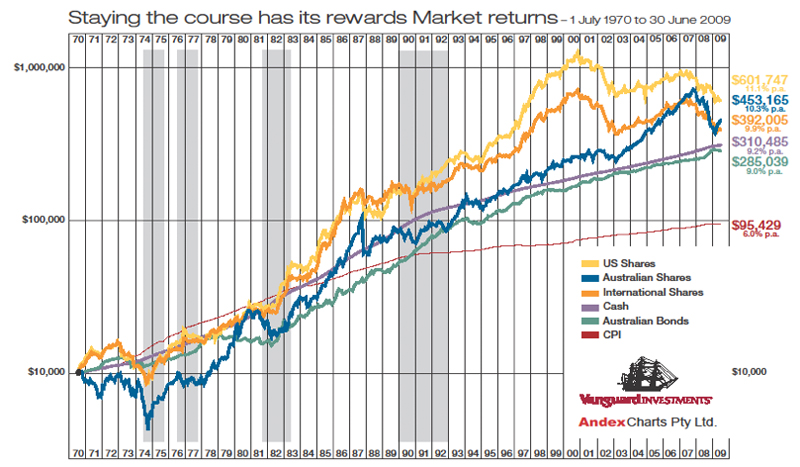 And look at the year — it was 2009, just after the stock market lost 50% of its value with the Global Financial Crisis!

What I think is life-changing about this little blue line is that it shows, despite four market crashes and as many corrections, when the market fell 10% plus, that little $10,000 kept on growing.

The lesson is to invest in quality stocks that pay a reasonable dividend. Those ETFs I’ve referred to pay around 5% per annum. Also, don’t drop your strategy when things turn scary.

Now go back to the blue line. Note that after a big drop, there is, eventually, a big rebound and the market goes higher than the past high before it crashes again. However, over time, the market’s trend is onwards and upwards.

My second life-changing chart involves the CBA and this underlines the power of dividends as opposed to locking up your money purely in term deposits. Of course, deposits are government-guaranteed up to $250,000 but I reckon if the CBA goes broke, the economy will be in real trouble.

This chart shows what happened if you bought CBA stock in 1993 at $9.35 a share when it listed. 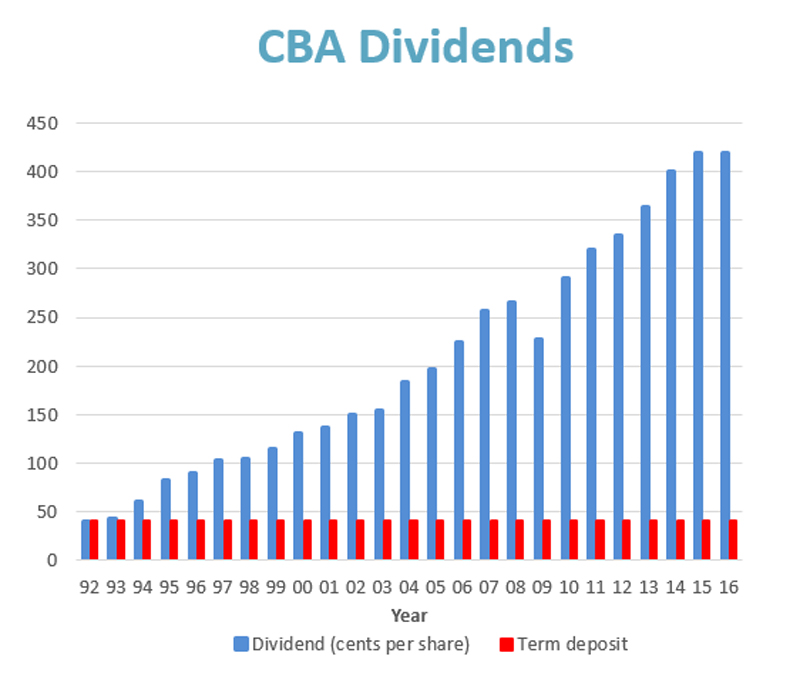 I think this picture paints a pretty positive portrayal of just how loveable dividends are. And it should be pointed out that even with the GFC, the CBA’s dividend only fell for one half-year period before rebounding in the next quarter to a new high!

The straight blue line on this chart shows what a more nervous investor would’ve received if he or she put their money in term deposits over that period of time.

History also says that a good quality portfolio of stocks that well-match, say, the All Ords or the S&P/ASX 200 index of our top 200 companies, returns 10% per annum over a decade, where half of that nice return comes from dividends.

It was this information that encouraged me to create the Switzer Dividend Growth Fund, where we actually go looking for the 30 to 40 companies that have a great history of paying dividends.

My investment approach has been to chase dividends because I like the reliable nature of these nice little and consistent payments.

My next chart isn’t really a chart but a table, however it’s superb for explaining something that confuses normal people — franking credits.

I’ll explain this table to show you how wonderful franking credits are, so stay with me.

Let’s start by explaining that companies pay 30% tax, but if you are Investor 1, you are retired and in the best tax rate of all paying 0%. You get back the tax your company paid, so the cash dividend paid by the company to all shareholders goes up to $1 for you! If this was a $10 stock, your dividend yield goes from 7% to 10%!

If you’re on the high tax rate of 46.5%, you’d have to pay an extra 16.5 cents on the extra income you’ve got from investing in stocks. This is why higher income people often use an SMSF to invest in stocks or they go after stocks that pay low dividends but have a history of good capital gain.

The next chart shows why I love property. While there are often times when prices go sideways, the upward march eventually takes over.

This little piece of charted history suggests that Brisbane is probably ready for an upswing in prices. The upward trend in prices over time in cities where there’s always demand from rising population makes these assets worthy investments. 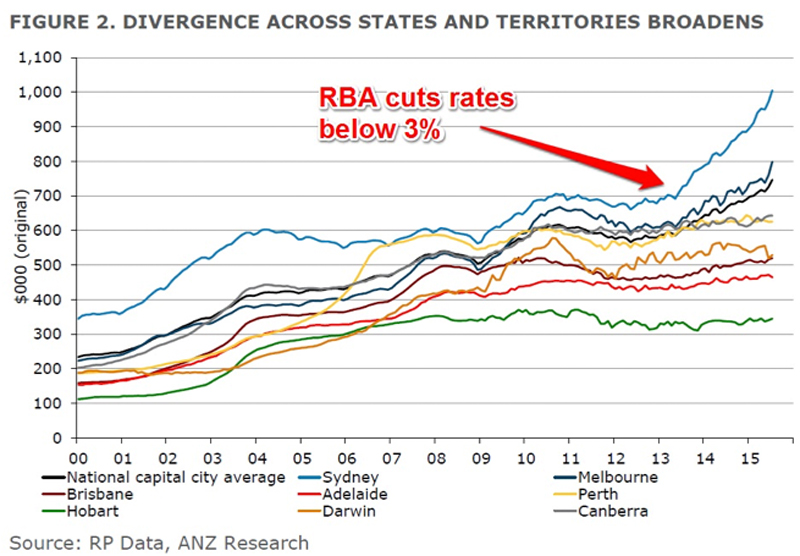 Finally, this chart below shows you the value of starting to save early and shows how great our compulsory super system is. 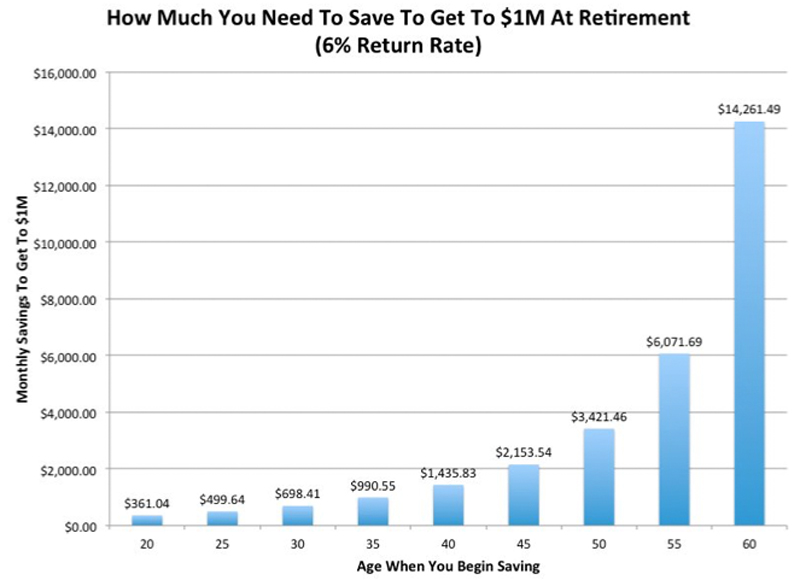 This chart shows that if a 20 year old saves $361.04 a month until retirement, they’ll end work with $1 million. So someone on $45,000 for an entire working life will end up with a million bucks. Those who earn even more will be laughing all the way to the bank!

I know this Weekend Switzer article has been very technical, but as I always argue, if there’s something worth doing, it's worth doing for money!