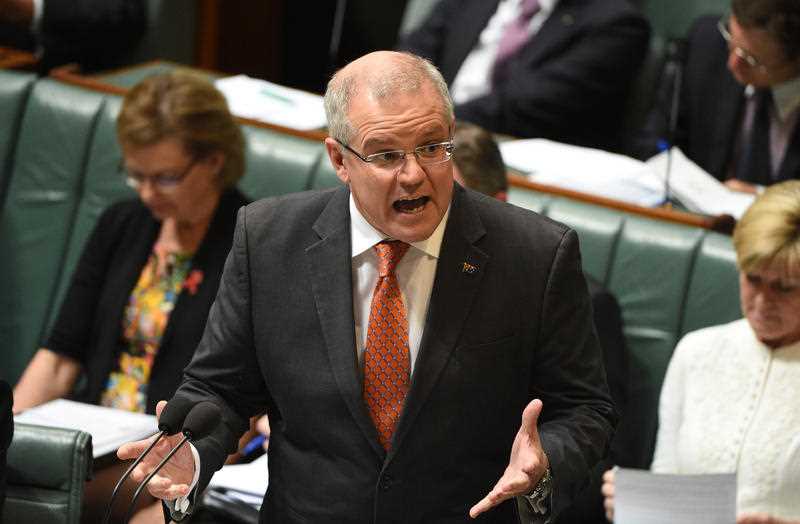 Morrison's do nothing on tax now might be smart!

Why? Is it because I’m finding excuses for an ex-student of mine? Forget that. I won’t be able to prove how good or bad he is as a Treasurer until the second Tuesday in May — Budget night. That’s when I can’t play favorites. If his policy options stink, I’ll tell him.

People without memories might have forgotten that I criticised a friend in Joe Hockey for his first, tough Budget because I thought it was too responsible and too aggressive, at a time when I was predicting a slowdown in economic growth. My 30 years of economic commentary has taught me that you don’t need a government to take away demand when an economy is shrinking. The chart below shows what happened after May, where we saw three bad quarters of low growth but there were dopes in business and commentary still calling for government spending cut backs, despite the fact that the demand from the mining boom was disappearing faster than Canberra politicians ahead of this year’s election. 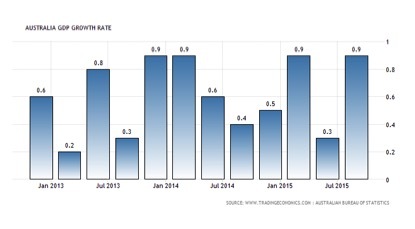 I’m in the ‘be careful what you wish for’ camp at the moment, if you’re Scott Morrison, as the GST talk has not only hurt Malcolm’s political popularity, it has the potential to hit confidence.

So far it hasn’t but given the fear factor around a GST, we just don't need any more frighteners imposed on us with the stock market’s slide since New Year.

Wall Street was up after the Fed minutes said that global concerns could change the path of interest rate rises in the US. Once upon a time, just like in a fairy tale, some market experts expected four rate rises in 2016, which was crazy. Now markets are predicting only one but the plus is that the minutes kind of reinforce this reevaluation on rates.

Less rises in the US based on global fear, not local US economic fears, should be good for stocks. And that’s why Wall Street was positive overnight.

Back home and our economy is on the improve and Joe’s second pro-small business Budget has helped there — see how economic growth trended up after the Budget. However, we’re not out of the woods yet.

The time for a real tax reform package is after the election, when the economy is on a good growth trajectory, so a tougher Government that reduces spending and taxes those deemed to be under-taxed would have a lesser relative impact on demand, economic growth, profits, confidence and job creation.

Also economic growth has the power to help reduce the deficit and, in turn, the growth of Government debt. Growth brings in more taxes and reduces government spending, as more people go off the dole and other welfare. I know we all want to see Malcolm’s blueprint for our economic revival (which he promised when he dispatched Tony Abbott to the political dustbin) but bowing to critics (many of whom really want him to fail for reasons best explained by them) for appearances would be the sign of a weak leader.

A strong leader can be someone who looks weak because of inaction but who, ultimately, comes up with the right plan at the right time.

I hope that’s what happens. And I hope the Budget gives us a clue of what that plan will be. If it doesn’t show up on the second Tuesday in May, some of this anti-Malcolm criticism might just look a fair call.

In the age of opinionated media, commentators have to comment. I only wish more of them actually knew something about economics and the impacts of a worrying stock market, tough tax talk and cuts to government spending.

Once the economy and the stock market are definitely on the up, that’s when Malcolm and Scott have to stand up with a smart plan. I hope that day can coincide with the May Budget.