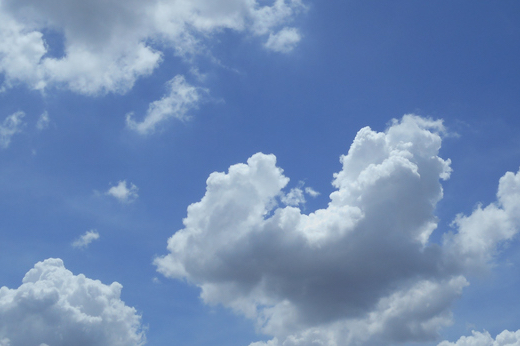 As per usual, another weekend newspaper has continued the house price anxiety with a report that the Reserve Bank is going to do a job that APRA should do to assess how exposed we and our banks are to the property sector.

For the past three years, news outlets have worried about fast rising prices but now it’s falling prices! And then there were liar loans and there’s always debt-servicing concerns.

Even when most respected economists can’t see a rate rise for around a year, and even then the rate rises after are expected to be very slow, we’re supposed to worry about debt-servicing, with interest rates at 4%.

One tweeter responded to my carefully argued story last week that the facts show our household debt situation looks manageable.  She said the situation of her friends, who were using debt to live when they had big mortgages, was proof that I’d got it wrong!

It didn’t matter that I showed charts, history and the views of a former RBA board member, Dr. John Edwards, on how our problem is exaggerated. In her mind, her friends credit card behaviour proved I was wrong.

In the economics game we do look at anecdotal or observable facts to question our views but we don’t look at a couple of households and say that we better kill our economic analysis!

Edwards thinks interest rates will rise quicker than most economists believe but he still thinks we’ll be able to cope with the higher rates.

In his most bullish case, he thinks the RBA’s official rate should go from 1.5% to 3.5% in as little as two and a half years. However, he also said it could take five years for that to happen.

But this former banking chief economist and Treasury adviser says Aussie households will cope, which is a story worth promoting in itself.

Author, social commentator and playwright George Bernard Shaw was taken to Russia in 1933 and came back talking about how great everything was but his trip was crafted such that he did not see evidence that the Socialist experiment had put the USSR into one of its worst economic downturns in Russia’s history.

Observable ‘facts’ need to be tested.

Back to the recent housing scare and these lines from the AFR show how misleading this whole debate is.

First we’re told that the RBA will do bank stress tests and then we’re told that: “Preliminary work by analysts unveiled by the central bank in its twice-a-year Financial Stability Review on Friday suggests fallout of a sudden surge in bad loans in the banking sector can be unpredictable and sudden.”

Then immediately after that potentially scary revelation, the story tells us “while much of the review reiterated the central bank’s CORE [my emphasis] view that the nation’s financial system remains robust and well-capitalized…” there are, apparently, risks about 60 year olds and over with investment loans!

We’ve stopped worrying about selfish investors ‘stealing’ homes from first home buyers at auctions but now the big worry is about older borrowers. Give me a break!

This is the story that should be told not to mislead: “The RBA says our financial and banking system is not badly exposed to the housing sector but we’re going to keep pressure testing it.”

Too many journalists ignore facts and love Armageddon scenarios as they create headlines and promotion for their “bylines” but it scares people from benefitting from upturns.

There’s a number of often cited experts, who tipped Great Depression-like outcomes out of the GFC, which pushed people into term deposits, which were around 6%, but look where they are now. They’d be lucky to have got 30% return out of term deposits over that time but they ran to safety because they were scared.

If they’d bought the stock market index or a great property in Sydney or Melbourne in 2008, they’d be up over 100% plus, and more if you add rent or dividends into the equation.

My colleague at Sky, Carson Scott, printed me out a story from the New York Times about big US companies that got tax holidays in 2004 to bring home income parked overseas to avoid tax. A usual tax rate of 35% was dropped to 5.25% and $299 billion returned ‘home’ as a consequence!

When I read this, I shared Carson’s disgust but being an economist I thought it would be interesting to see what happened to the unemployment rate after 2005. The chart below shows what happened:

Unemployment fell from over 6% to over 4% over that time and I reckon the share buybacks and some of company investment that followed helped improve the US job market. I’m not saying it had a single-handed role but it would’ve had a role.

The MIT economists might have been looking specifically at the tax break and the direct job creations or they might have been simply biased but we can be misled by looking at ‘facts’ in isolation.

In the housing debate, people are pushing their own barrows. One hedge fund manager, who was shorting the banks, actually created a story that newspapers ran for a week until one of the newspaper’s top economic thinkers actually bagged his paper’s coverage!

Now that was a story that should’ve been a headline.

I know we’re highly borrowed but our economy is on the improve, so it’s less of a worry. And John Edwards thinks we could cope with a 2% rise in rates without big problems occurring.

He would have tested his view at the Lowy Institute, where he now works and thinks, before he went to the media.

Australians love their property and they have to repay their loans, which many US borrowers don’t. This national obsession actually makes our banks safer because we are better borrowers.

The world outlook for interest rates is up but slow. The world economic growth rate was upgraded last week by the IMF from 3.6% to 3.7%, which is a really healthy growth rate.

Even through the 1991 recession here, when unemployment went over 10%, house prices did not collapse, which is another positive story for our banks. Anyone trying to create scary headlines on housing is more interested in making a name for themself than giving you objective commentary.

It’s okay to say there are risks out there. I agree there are risks, but they look manageable. And every economist I talk to agrees, apart from Professor Steve Keen, who has been wrong since the GFC. However, you should also say clearly that the current situation, as assessed by the country’s central bank, is pretty damn good.

Our banks do a lot of wrong, public relations wise, with their customers, but professional share analysts know, for example, why CBA’s share price has gone from $26.75 on 30 January 2009 to $76.66 today — that’s a 186% gain, even before dividends are thrown in — and it’s because their risk managers are not as stupid as journalists make them out to be.