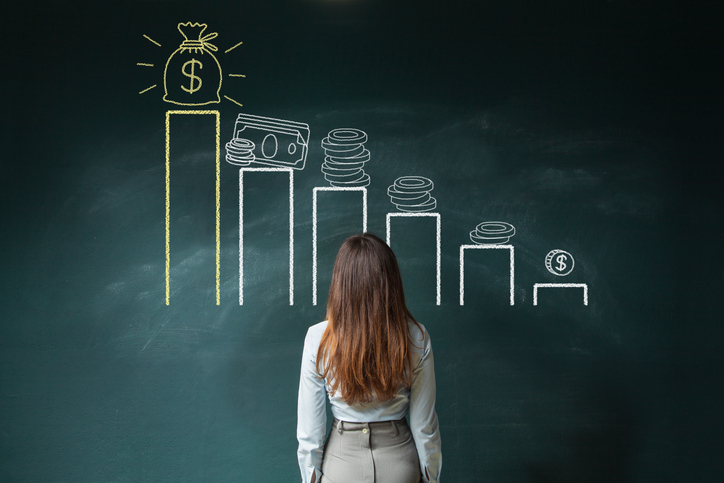 Money is what women want but knowledge is what they need

It’s not what women want that’s important but what women need! That has to be the conclusion after speaking on my Sky TV program last night to the CEO of the Financial Services Council, Sally Loane.

Like all young Aussies, there’s an incredible real need to educate them about money but it requires an attitude change as well. And that’s where education plays an incredible role.

She has millennial children and knows how hard it is to talk money but she thinks leaders — especially business leaders — have a duty to lead by example to improve gender parity.

I wasn’t quite sure what gender parity was and how business bosses could help, so Sally started with the pay gap between men and women.

Clearly, this is a business and government issue and one can hope that pay fairness does improve over time. But what can women and young people generally do to ensure that they don’t meet retirement with precious little in super?

Nicole Pedersen-McKinnon writing in the SMH early this year put the issue into numbers.

She modeled the average Aussie for what’s set to happen in retirement. And the news wasn’t good. Now keep in mind that the Association of Super Funds of Australia calculates that a super balance of $545,000 delivers an OK or comfortable life.

Retiring women now have so little in super that an enormous number end up on the pension. What needs to be done, given that pay rises are in the laps of business leaders, governments and trade unions?

Here’s what I recommend:

We have to make money far more interesting and people who care about young women and men have to act like mentors, which means they need to talk about their money plan and what needs to be done to make it happen.

A few years back I wrote a book called Beating Debt and Increasing Wealth and one of this country’s top super experts said to me after an interview that: “My wife said your book saved her when she was younger.”

I should have said in reply: “No, it was her attitude to actually read it that saved her!”

It also means if only $20 a week extra was saved in super, then we’re talking a quarter of a million and half a million!

These are the stories young people need to hear and it has to come from the people they respect and love.

Yesterday on my radio program, a woman who’s in a good position wealth-wise said, in an embarrassed way, that she had left her super in accumulation mode though she was over 65. She has at least $2 million in super and if she was earning 8% on her money, that would be $160,000 a year. The tax on that would be $24,000 that she didn’t need to pay!

If she had opted for pension mode, she would’ve been in the best tax bracket of all — the zero one!

I joked we should have started this radio program on Talking Lifestyle a few years ago and she promptly agreed because if she was listening, then we could have saved her close to $100,000!

Knowledge is power but you have to make it attractive so your audience will want to sign up for it. We need a Kim Kardashian of money and I’m putting my hand up for it (though I’ll never look like Kim).