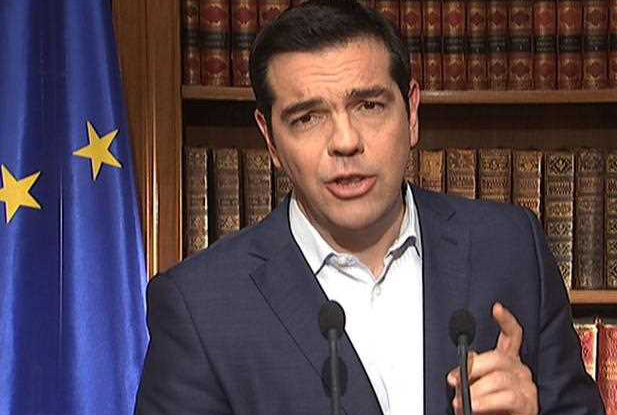 Markets higher on Greek PM backdown, but can he be trusted?

Greece remains the key story for markets and it will remain so until after the referendum on Sunday.

Unfortunately it will still be an issue next week, as markets work out how they want to play the whole thing, given the referendum outcome that will determine whether the Greeks stay with the euro or go back to the drachma.

Today the Greek PM, Alexis Tsipras made markets slip a beat when he sent a letter to his lenders offering to accept some of their tougher proposals.

However, he did not back down on the VAT exemptions for the islands — the country’s big export earners. In fact, this is a guy who’s telling his country to vote ‘no’ to the referendum, which has many experts saying this has to lead to Greece exiting the Eurozone.

Why is he still trying to appease his lenders? Some smarties think it’s because he knows the lenders won't back down so he can use this to sway his people to go with his ‘no’ recommendation on Sunday.

Clearly, he needs to keep portraying the lenders and the Germans, in particular, as the baddies in the piece, as the Greek people have to deal with the reality check of living in Greece without the bailout money from the EU and the IMF.

This week with banks closed (except for pensioners without credit cards who need to cash their pension cheques and ATMs only giving out 60 euros a day, provided the ATMs haven’t run out of money), will give the Greeks a premonition of what an old world, non-euro and on-the-drachma life would be like.

This will be a world where international lenders won’t want to lend to the Greeks fearing no repayment or, if it’s in drachmas, it could be a currency that will depreciate so many exporters to Greece will want invoices in euros or US dollars.

There will be 12 months, as a minimum, of trouble for “Greeks out of work” cut loose from the Eurozone. As an economist, I know it will eventually turnaround. I also know there will be a lot of pain before the gain shows up.

I’m intrigued about the stock market reaction to the Tsipras offer today, with the German DAX up over 2% and the Parisian CAC 40, where I’m writing this, up 1.94% on the hope that a Greek-EU deal will materialise.

Even Wall Street bought the better news on Greece. In reality, I reckon US traders were more enthused about the better-than-expected ISM manufacturing data at 53.5, while construction spending rose to a six and a half-year high! Also, the ADP private sector jobs report came in at 237,000 new positions in May, which was miles better than the 218,000 forecast.

I don’t know what will happen on Sunday or next week but I’m investing for year’s end and beyond. I know that the Greece scenario won’t stop the Yanks raising rates or our dollar falling and our stock market heading higher.

Greece is an intriguing sideshow for newshounds but it won’t stop me using all this to go long stocks and make more money over the next two years.

I can’t help it but an economy that is nothing more than 0.3% of world GDP (or less than Queensland), isn’t going to change my mind about being 100% invested in stocks.

By the way, the Dow was up 138 points overnight. Don't forget the jobs report is out one day early, on Thursday and this could be a much bigger issue for US stocks than good old Greece!