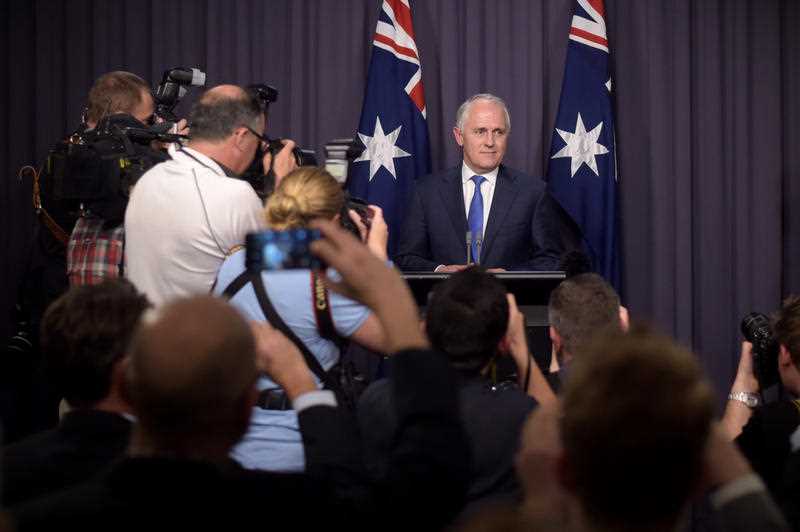 This was a great vote to win for Malcolm Turnbull as I think the economy in 2016 will be better than the one we see this year, so, by definition, this was a vote Tony Abbott will regret forever that he lost.

But now the big test for our new Prime Minister is simple: can he get confidence, both business and consumer, up?

It was the point I made yesterday on this website and it stood as Abbott’s greatest challenge with Australian businesses and consumers to believe that the future was going to be better. A lack of confidence not only holds back retail sales and related employment, it keeps a lid on business investment, which is the greatest source of the multiplier effect.

This magical economic force powers investment into demand for resources — land, labour and capital — leading to higher income as well as jobs and then creates more demand to keep this great growth process multiplying over and over.

Malcolm, who I’ve known since our days as 20-year olds at North Bondi Surf Club (where I was his leader as patrol captain), was always abnormally high-achieving, so I’m not surprised he has made it to the top.

At age 20, he was doing his law degree, was state political reporter for radio 2SM (which was a leading station in Sydney then) and had a column in the Bulletin magazine. Of course, he went on to win the Spy Catcher Case in the UK, he legally advised Kerry Packer and then made a fortune by being astute enough to get in on the ground floor as a backer of Ozemail.

Both these two groups were programmed haters of Abbott and their negative headlines were counterproductive for confidence in the economy. Provided Malcolm can get his policies right and he improves his rapport with the common man, which has never been his strong suit, then we could have a PM who will build confidence.

Then the low dollar, historically low interest rates, a China that will stimulate its growth and a better global economy will help the Coalition overtake Labor in the polls.

A government being beaten up in Newspoll for 30 surveys in a row, as happened with the Abbott Government, cannot be good for consumer or business confidence. Tony Abbott will always be known as an Opposition leader who won an election but, like Kevin Rudd and Julia Gillard found, the Prime Minister’s job is a whole lot harder.

It’s a difficult gig and I hope Malcolm can pull it off — not for his ego, he’s done enough already to be content for the rest of his life. No, I want this great country of ours to see a stronger economy, creating more jobs, resuscitating industries to replace the mining sector and building up our consumer, business and national self-confidence.

That means Malcolm has to be less divisive than his predecessor and it should be interesting to see if he can do this to a standard of PMs like Bob Hawke and John Howard in his later years.

That said, as I argued at the outset, Malcolm must invigorate the economy and so my mate Joe Hockey is bound to go, given his rivalry with the new PM. The pundits say Scott Morrison is likely to be Treasurer, which would be a good political move as the winners must recruit the best of the losers to create unity and to hose down the hot anger simmering this morning.

So is Morrison the right man for the job? Well, he has performed well in stopping the boats and running social services and I know he was well taught in economics as I taught him at UNSW many years ago!

P.S. On the other big matter of the week, the Fed decision on interest rates, the Dow Jones index was down only 62 points overnight, so at this stage there is no dramas to report for our stock market today.