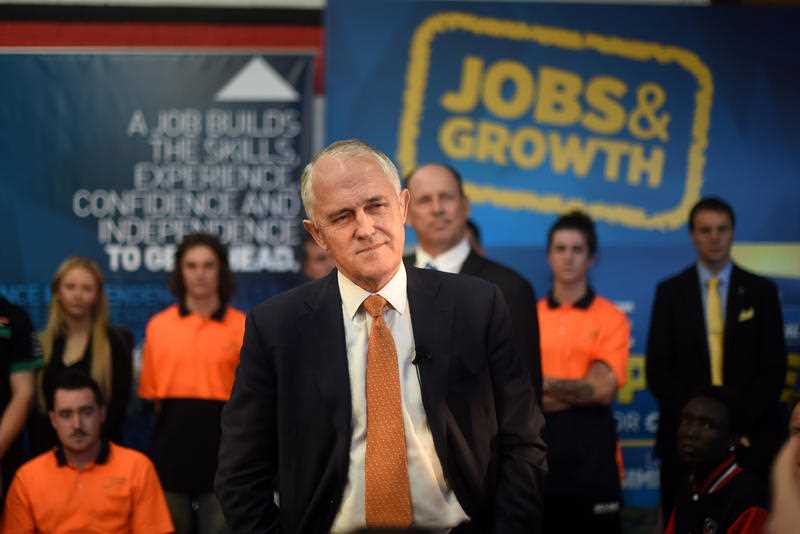 Most of all, Malcolm Turnbull needs one thing to go right over the next three weeks — the economy. He’s pushing hard his party’s economic credentials over Labor so his big wish on the economy has to be “grow, you son of a bitch.”

Now I know this is pretty strong language but economies can really be let down merchants. Apart from making a Treasurer look like a nincompoop by growing too slowly and hurting budget deficit reduction promises, an economy can spit out bad monthly numbers that defy an overall trend.

And there are conflicting readings and the media will focus in on the worst one at the expense of the good. 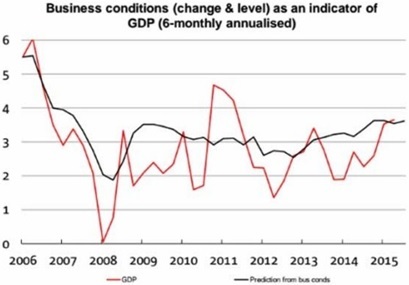 Given this, the rise in business conditions to levels way higher than the long-term average is a good sign for the economy, more optimistic economists like yours truly and the PM!

Like confidence, readings like these can be jumpy but today we (and Malcolm) see Westpac’s latest reading on consumer confidence and a positive reading would be a timely ripper. Interestingly, the Roy Morgan/ANZ weekly look at consumer confidence went to a two-year high last week!

Yep, Malcolm would love those SOB consumers out there to have a positive outlook going into the last few weeks of the campaign. But the biggie comes tomorrow with the employment/unemployment report, where economists expect that 15,000 jobs were created over May. The latest reading for unemployment was a better than expected 5.7%, but the jobs created were on the less than expected side and they were more part-time. If we get another bad job-creation result, the negative-minded media will positively jump on it.

For the record, in case you didn’t know:

A bad number here would be bad for Malcolm, bad for labour, but good for Labor! There will be a nervous wait for the PM tomorrow morning until the ABS spits out the data.

We get car sales on Friday but they have been in record-high territory, so that shouldn’t be of any political significance, apart for optimists, who might argue that looks like another good sign for the economy.

One big blemish on the Coalition’s economic credentials has been the tripling of the Budget Deficit from around $10.6 billion to $37.1 billion over the past three years, but Deloitte’s Chris Richardson put this into context in the AFR yesterday.

He says two-thirds of this rise was because the economy deteriorated and revenue came in lower than expected. So the economy the Coalition inherited from Labor was slowing as the mining boom investment evaporated. Joe Hockey did try to put in a tough Budget, which was rejected by the Senate and while this didn’t help reduce the deficit, the fact that the Budget was not too tough probably helped growth pick up in 2015 to now. Joe’s second pro-small business Budget also made economic growth pick up.

Also the falling dollar, which explained some of our poorer growth over 2013 to early 2015, contributed to some better growth recently.

Growth and jobs are the key. It’s just a pity these goals are being disparaged by those SOB political pundits in the media!

One last positive point: The Yanks on Wall Street aren’t as stressed as everyone else about Brexit. The Dow was down only around 56 points overnight, which was a lot better than our 109-point fall yesterday. Go you good thing Yanks!