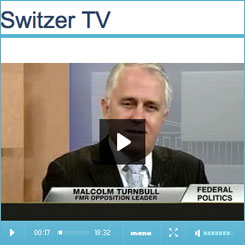 Malcolm needs a new adviser. He should sack himself

I’ve been a big supporter of the new PM because he looked set to do what Tony Abbott couldn’t do. However, he needs a new adviser before it’s too late.

The great Australian comedian, Vince Sorrenti, has a funny routine where he looks at all the things we hate in politics, society and the world and ends with the line “piss him off!” (Excuse the ‘French’ but it does work, especially when you’ve endured frustration for too long!)

Call me a biased economist but the main reason I was happy about Malcolm Turnbull becoming PM (aside from the fact that I’ve known him for over 40 years since our days where I was his patrol captain at North Bondi Surf Club) was that he was bound to be good for business and consumer confidence.

And he still is. However, after a run of crazy decisions, his reputation needs upgrading or confidence could start suffering. We’re seeing it in the popularity polls. Seven days ago, we learned that 12 conservative-held seats are in danger and he’s not turning Queensland on.

Despite all this, The Australian says “it remains ahead with 51 per cent of the vote in two-party terms in the state, where it holds six seats by a margin of 6 per cent or less and a further four seats by between 6 per cent and 7 per cent.”

However, this was before crazy talk about states being allowed to raise their own taxes! Okay, it might make sense in the intelligent atmosphere of Treasury in Canberra but, in the real world, it was “double taxation”. Is Malcolm mad for putting up an idea that was always going to be rejected?

Just like his GST — another idea that was always going to be a hard sell to normal people, powered by a Labor team detecting the feint smell of dead meat!

Malcolm also has a very annoyed Tony Abbott hovering around making mischief. And he doesn’t look like he’s handling that well.

And then there was the change in the Budget date, which he failed to tell Scott Morrison about, with my former economics student telling Ray Hadley (only an hour before we all heard it) that he didn’t expect a change to the Budget date.

This has led to the belief that Scott is not in the inner circle, which is another bad look for Malcolm, his leadership and overall standing in the eyes of the public, whose votes he needs.

Sure, some think this state taxes thing has been manoeuvring ahead of the Budget (where he can deny the states’ the funding they all want) but he’s now being accused of being a big threat to education and health.

Remember, Queensland and Victoria aren’t big fans so Labor will make a great play with all this.

My Sky News colleague, Graham Richardson, summed it up in his Australian newspaper column on Friday, when he wrote: “Every time Malcolm Turnbull enters a room, he believes he is the smartest person in it. He is almost always wrong in that belief ­ because he has always been confused on the point of difference between the words “bright” and “smart”.”

Richo is not anti-Malcolm but he’s realistic about his strengths and weaknesses and “reading the mob”, as Richo puts it, is not his strong suit.

Right now, a lot of Liberal voters are worried about potential super changes because Labor has already proposed to crack down on super for the “rich” and a lot of Aussies think their definition of rich starts around $1 million in super!

One such worried person asked me if I thought super was in Malcolm’s sights and I said ‘yes’ but given his falling popularity, any changes will look softer than Labor’s proposed reforms.

The Budget will outline his game plan and it has to be good, no great, or his popularity will be such that Bill Shorten will start looking OK to lots of voters, who thought they were Turnbull tragics.

Iconic retailer, Gerry Harvey, asked me yesterday what Turnbull could do in the Budget that would be well received. Gerry believes there are few things that won't bring media outrage, making politics near impossible nowadays. I came up with “tax cuts”, which brought a laugh.

Of course, the punters and business would like tax cuts but the media would call it irresponsible, despite the Government’s net debt to GDP being only 18%. The USA’s is at 100%!

In reality, with the economy growing at 3% and 300,000 jobs being created in a year, the best thing the Turnbull Government can do is nothing in the short term but put in place longer-term programs to cut the deficit and the gross debt, which seems big at $420 billion (or around 30% of GDP). The UK debt is closer to 90% and the Japanese impost is over 220%!

So what needs to be done? (Remember, I like Malcolm and would like to see him have a go at being PM, as long as he’s good for the economy — friendship only goes so far!)

First, the PM needs to show unity with his Treasurer.

Second, frame the Budget as pro-growth and jobs but on course to tackle the deficit and debt over a reasonable time. This is something that both the PM and Treasurer have talked about.

Third, Malcolm needs to sack himself as his number one adviser and find someone of Richo’s calibre to sell this recommended pro-growth policy. Of course, if there is someone advising him, the PM should take Vince’s advice and “piss him off!” (Apologies for the bad language and apologies if the adviser is a woman!)