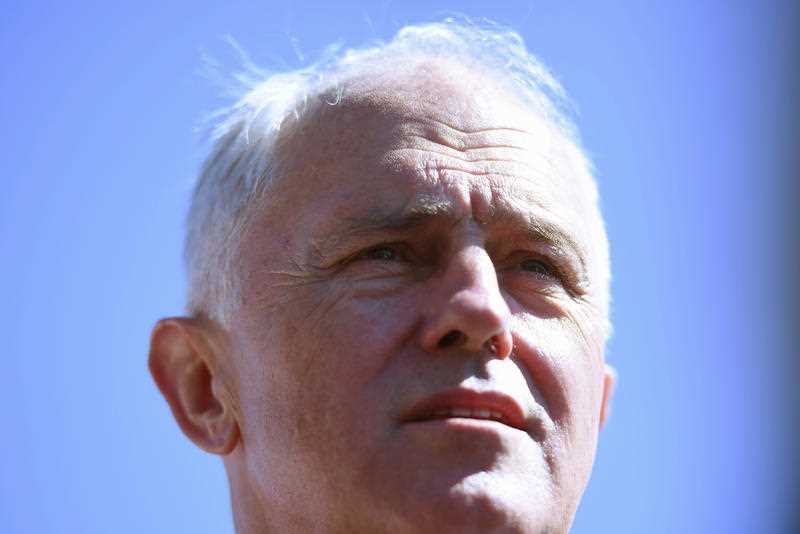 Malcolm, have some real guts and say what needs to be said!

The first was that the G20 Finance Ministers met in Shanghai and came up with nothing to help the world economy! Hopeless!

Then yesterday, Sky News had an interview with John Howard on the eve of the 20-year marking of his government’s first election victory.

Whether you like him or not, Howard was politically and economically successful and his leadership, like it or not, appealed to the majority of Australians.

His story is in stark contrast to the current crop leaders we deal with nowadays, from Obama to Rudd to Gillard to Abbott, where leadership at the top has not been their strong suit. Clearly, they’re all capable leaders to a point but that point was before being given the top job, where they not only disappointed the country, they were even rejected by their own party.

Of course, that new-Aussie political tendency has also happened to President Obama. His efforts have been so uninspiring that he has made it easy for a good entrepreneur, who doubles as a Neanderthal nincompoop, to be really appealing to too many Americans.

Obama was all promise and looks like a good guy but he doesn’t know how to bring a majority along with him, like John Howard did.

Sure, Howard did unpopular things and even did it to his constituency — farmers didn’t like his gun buyback, small business joined a lot of consumers in hating the GST, going to war was divisive and his ‘protect our borders’ mantra created enemies but both the Coalition and Labor now support his strategy.

And while expert haters of Howard ask why he gave us too many tax cuts and entitlements, which current governments don’t know how to unwind or reduce, he argues that a lot of his tax cuts were to undo the damage of bracket creep.

He did leave a big surplus and virtually zero government debt and when he was kicked out of office, we had the third lowest government spending as a percentage of GDP in the OECD.

The RBA boss, Glenn Stevens in 2008, before the Rudd team produced a Budget, said that our fiscal position was the envy of the world and light years away from anything in the past.

Sure, he could have hit entitlements harder but he wouldn’t have lasted long with a huge surplus (getting more huge by the minute) hiding behind the warning that one day we’ll be really glad that we’re paying higher taxes!

When asked why he lasted so long, Howard thought that to “get the big things right” was important, though he concedes that he made mistakes on climate change and not removing the ‘no disadvantage’ test from wage negotiations, which, I might add, I told him at the time. This made the unions WorkChoices campaign so much easier to win people over and has made most reforms related to workers nowadays near impossible to sell because it’s simply called “WorkChoices MkII”.

Did he have any advice for Malcolm? Not really, as he dodged any question that would create a headline that says ‘Turnbull needs a GST’. However, he did argue that creating a tax plan, where the GST is broadened and even raised but where tax cuts mean the Government doesn’t drag any more money off us (such a plan is called revenue neutral) would deliver “efficiency gains.”

He says monetary policy, with record low interest rates, has been exhausted and hinted that maybe fiscal policy could have something left but didn’t say exactly what he meant.

And this is the problem for Turnbull, which he has to grab by the horns. The PM has to get the big things right. Achieving this will take guts and involve risks but if he keeps playing Malcolm-in-the-middle to the next election, then he could get beaten.

If I were Malcolm, what I’d be saying to the electorate would be linked to the upcoming Budget but I’d be saying it now, because that doesn't happen until the second Tuesday in May.

We need a strong leader, prepared to do big things, to be talking to us now. I reckon his only risk is that he could continue to annoy the right-wing commentators, who know little about stimulating an economy. So many of this lot know so little about economics that they latch on to stuff from extreme idealists, who believe markets can sort out all of life’s economic problems. Of course, they often can. However, they often bring short-to-medium term misery before the cleansing process leads to regeneration. It’s great and it always works in theory, where time and the individual misery is not well calculated.

However, in the real world, unemployment over 10% brings human discomfort and voter backlashes, so a leader has to come up with something outside the square, as well as courageous.

Malcolm needs to actually spend more in the upcoming Budget, which is the courage bit, as he will cop criticism from right-wing commentators. He needs to spend on infrastructure, so these critics will have to concede that it will help business and jobs.

They will whinge about the public debt to GDP issue but Malcolm can point to how low it is compared to other countries. The most recent comparison from the Trading Economics website shows the US at 102.98%, Japan at 230%, Canada at 86.51%, Germany at 71.6% and we’re at 33.88%.

He could win that point.

Next, he can show that economic growth helped by government spending on infrastructure would increase growth, just when last week investment plans show that this expenditure is heading lower, as the miners keep cutting back on their outlays to trim losses as commodity prices fall.

Governments need to come off the bench and stimulate good projects, such as road widening to kill peak hour madness and second airports for places like Sydney, which is an idea whose time came about 20 years ago but no leader, not even John Howard, was prepared to do that big thing!

The new Treasury boss, John Fraser, has said if we grow at 4% for four years, the budget deficit goes from deficit to surplus, so there’s another argument for this Budget to create growth.

Let’s face it, if Malcolm really puts his hand up for growth and cops right-wing criticism, who are they and their media followers going to vote for — Bill Shorten? Clive Palmer?

As John Howard told us yesterday, PMs need to stand for big things. Overdue infrastructure, stronger economic growth and more jobs are damn important things to be in politics for.