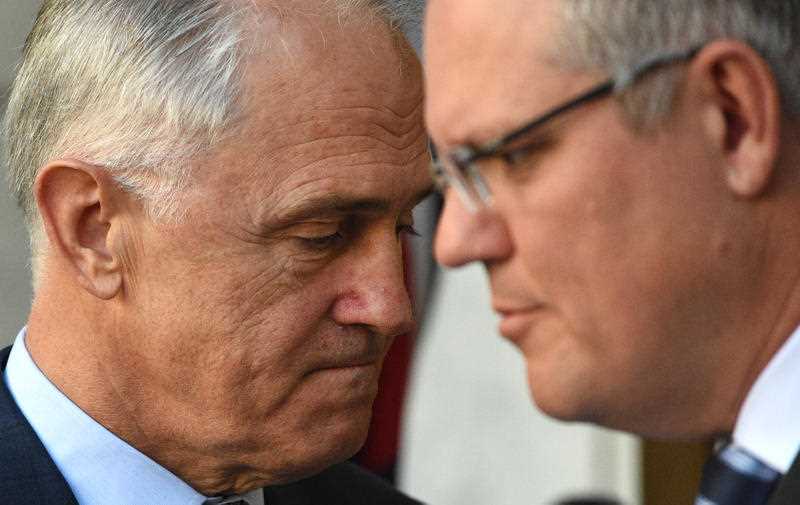 One of the craziest suggestions I’ve heard came from someone who should know better, namely Tim Toohey, the chief economist of Goldman Sachs here in Australia. Not known as a political strategist, Toohey has recommended that the Prime Minister opt for an early election!

Why? Well, because Tim sees dark economic clouds accumulating in 2016 so he suggests the PM should cash in on his crash hot popularity before the economy crashes!

It’s not a political argument but an economic one and the SMH says he argues that there’s an “economic incentive” to go to the polls in March or April.

I say to Malcolm and his Treasurer Scott Morrison to ignore this advice and here’s why.

Tim is undoubtedly a good economist — he wouldn’t have the gig at Goldmans if he wasn’t, but we economists can have a weakness when it comes to forecasting. I’ve had a nice run of late with my more optimistic views on our economy but I’m aware that when it comes to economic predictions that you can be a rooster one day and a feather duster the next!

Tim’s in a minority, tipping our economic growth falls this year from an estimated 2.2% this year to 2%. And he has the economy weakening further in 2016, which is at odds with most other forecasters, including the Reserve Bank and Treasury.

I surveyed seven well-known economists a month ago, who all had growth next year over 2.7% and two were going for 3% growth or higher!

Since then, we’ve seen two months of huge employment growth and the September quarter growth at 0.9%.

I’ve been watching Tim’s negative work and have asked him to come on my TV show to explain why he’s so negative but he hasn’t found the time as yet.

Also in September, Goldman took the dollar guess down to 67 US cents for the following six months but it’s now closer to 73 US cents, on the back of good economic data.

Dr John Hewson once cracked a joke that a certain economist had successfully forecasted 10 of the past three recessions! That’s a joke for economists.

The Oz economy has grown for 24 years on a trot so a recession is on the cards some time but it looks like Tim has a preoccupation with the R-word.

I have to say the commodity price issues are worrying but I think the last thing Australia needs is an early election, as the talk of imminent polls can hurt business and consumer spending as well as confidence.

An election will bring out foolish talk about higher GSTs and taxes on superannuation, when this economy needs to get up a strong head of steam growing at over 3% before we let political journalists out there scare the pants off voters.

The best way to win an election, Malcolm and Scott, is to keep it simple and do everything to encourage growth and spending. Talk about higher taxes, slugs on super and what a government of tomorrow plans to do is about the last thing we need right now, though you can actually start infrastructure projects. That would be good.

Tim will get his recession one day but let’s not make dumb decisions that could expedite it!

P.S. Let’s hope the US Fed decision this week, which is likely to be an interest rate rise, will help stock markets because the current negativity related to commodities isn’t good for keeping business and consumer confidence levels where they are now. This is another reason not to utter the word election, or the E-word!