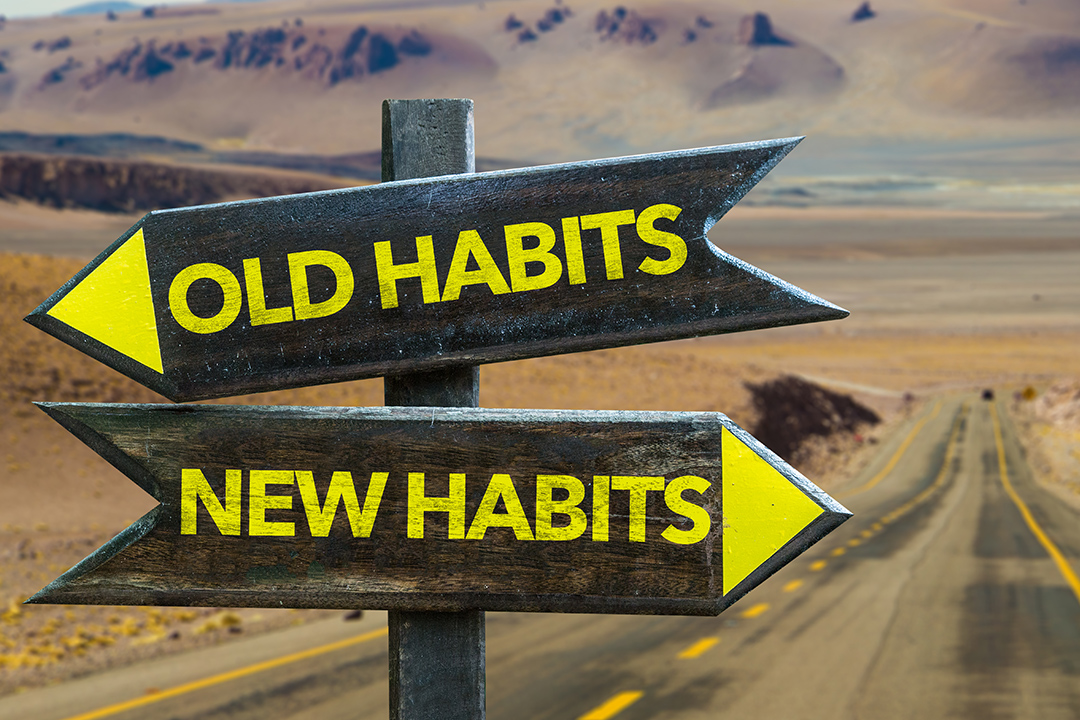 A guy who has made a healthy habit of making a lot of money is Mark Carnegie and a few days ago he tweeted about something that impressed him. I think it’s worth sharing with anyone you care about who you’d like to see succeed. And that person may well be you!

I’ve mentioned before that the great leadership author and thinker, John Maxwell, who penned the worldwide best seller, The 21 Irrefutable Laws of Leadership, said that the most life-changing question he ever got was from his mentor who asked him: “What is your plan for self-improvement?”

Mark pointed to the work of Brad Stulberg (@Bstulberg), who is a performance coach and writes the Outside’s Do It Better column at www.outsideonline.com and he focused on beating bad habits.

When I saw this, I instantly thought about one of the most prolific business best-sellers of all time — Stephen Covey’s The 7 Habits of Highly Successful People. And over the years after interviewing and analysing some of the best in business, sports, the arts, politics and the media, I know the common trait is that these people learn how to beat bad habits.

Stulberg points to hot-selling books focusing on habits such as The Power of Habit and Atomic Habits. What these books tell us is that we are wired to a predictable process that can be summed up as trigger → behaviour → reward.

Here’s an example: the alarm goes off, you stagger out of bed and drive to the beach and have a swim and you then feel great ready for the day!

When the behaviours are fantastic, like a swim with the sun rising over Bondi, Byron Bay, Burleigh or Brighton, you can pull this off easily. It’s an easy habit to commit to but what if it’s a long run in Britain in winter when it’s close to zero, temperature-wise.

Stulberg says you have to make the trigger less convenient, so you move the fridge into the garage. You make the behaviour more troubling, such as never have ice cream in the house, so if you want it you will have to drive or better still walk to the shops and then “sit with and deeply feel the negative consequences — the grossness following three pints of Ben & Jerry’s.”

While there are subtleties, of course, this cycle is simple and predictable and can be applied to just about anything.

This approach, which seems so mature, produces failure. Data from the University of Scranton found that over 40% of people will have blown their New Year’s resolution by February, and all but 10 percent will have fallen off by the end of the year. This should not surprise you because we’ve nearly all been there done that.

Stulberg says the act of making the trigger, behaviour, reward cycle harder does work but his experience coaching people on habit-changing has convinced him that you need to add “community and self-compassion” into your mental mix.

He says convincing studies show your weight, your fitness and even whether you smoke has strong links to the people around you! One study cited — “Is Poor Fitness Contagious? Evidence from Randomly Assigned Friends — “found that up to 70 percent of your fitness level may be explained by the people you train with.”

Another research paper showed if you hang out with internally-driven people it will rub off on you and vice versa. “The people with whom you surround yourself shape you,” Stulberg concluded. “Motivation is contagious.”

Throw in a commitment to another person or group and success rates spike. Gym junkies would get that and so would those who have had experience with Alcoholics Anonymous.

And I have to say, I love this observation from Stulberg. “But an even greater benefit of community is what happens when you don’t show up. You might feel embarrassed or ashamed, but what you’ll usually get is a pat on the back and some love. That’s because everyone else in your community is undergoing the same challenge and knows just how hard it is. They get it.”

That’s why support groups for people under pressure have become the modern way compared to the bad old days when, say, troops came home from a warzone and were dumped on the streets and into their families where no one understood what these people had been through!

But wait, there’s one more instrument needed to change bad habits and it’s a surprising one — self-compassion!

Hard habits to lose can often lead to your inner voice telling you that “this is simply too hard for me” and that lack of compassion of just how hard it is and how you need to cut yourself some slack and try again explains why lots of potential habit-changers give up.

A 2012 study published in the Personal and Social Psychology Bulletin found when you react to failure with self-compassion, give it another go at making the changes.

Here’s Stulberg again: “Being kind to yourself in the midst of suffering gives you the resilience needed to thrive,” writes Kristen Neff, an associate professor at the University of Texas, in her book The Mindful Self-Compassion Workbook.”

I know this soft, self-loving forgiveness might be unacceptable to a Type A person but the science and the social surveying suggests that working with a community and being self-forgiving actually helps you beat bad habits.

So when Billy Field sang those words: “Can’t help myself, bad habits…” he might have been telling us that he had more chance of beating those life problems than someone who chose to ignore them or who hated themselves for being so weak.

My experience talking to and analysing the high achievers of business and life generally, tells me that the road to success is never as obvious as we expect.

That said, listening to successful people like Mark Carnegie and Brad Stulberg isn’t a bad start.