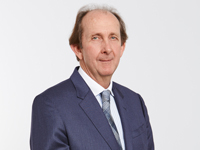 Looking for excitement? Think the economy!

With the US company show-and-tell profit reporting season virtually over and ours some months off, stock market movements will be driven by economics. Here in Australia, it’s simple: good news will help stock prices. However, in the US, good news could actually take Wall Street down.

Today, in Australia, we get a big news item in Gross Domestic Product (GDP) for the March quarter. This will tell us how fast the economy is growing. I’m really hoping that talk of a recession here, which no one I know agrees with, will be kiboshed by data out this morning.

On present guesses, if the annual number comes in around 2%, that would be OK, given some of the ordinary economic data we’ve been seeing for the three months to the end of March. Those business investment figures were a shocker but experts do warn that these numbers are historically unreliable. I hope they are unreliable and unnecessarily negative, as investment is important for what economic growth is.

Another contributor is what the trade story adds to economic momentum and trade (exports minus imports) is expected to add 0.5% to growth, taking the quarterly figure to 0.6%, which should leave the annual growth number at 2%. This would be a plus for the stock market and anything higher would be well received, though it could take the dollar higher. To a degree, this would hose down market excitement.

That said, our dollar will fall when the Yanks’ economy looks so good that interest rates will be on the rise there. This will push the greenback up, so any better than expected news on growth would raise local profit expectations, then share prices and I’d do a big Kev and be “really excited!”

For more excitement, let’s focus on the US and the big watch figure will be the jobs report out Friday. The consensus tip is 215,000 new jobs in May but this is where the excitement factor could kick in again. A lesser number will excite stock players, as it would infer that the first interest rate rise is further away than expected. However, if it’s too weak, there could be some question marks over the US economic recovery, which could spark a sell off.

I won’t buy this story, with consumer sentiment up in May from 88.6 to 90.7 and construction up to a six and half year high. Auto sales figures released overnight show the May rise was the strongest in close to a decade.

According to Reuters, General Motors says that industry sales to the end of May point to a seasonally adjusted annualized rate of 17.6 million vehicles, the strongest pace since January 2006!

This sets us up for an interesting jobs number on Friday. If it's a big number, then the stock market could fall on the ‘US economy looks better than thought’ news, or fall on ‘look out rates might rise soon’ fears.

This would take the greenback up, and our dollar down, and that should help our stock market, though we could go through a short period where our market falls in sympathy with Wall Street.

But the exciting bit would be that this sell off won’t last and it will create a buying opportunity and an eventual surge for stocks.

What could disturb this excitement? Greece! But the good news there (if you can trust it!) is that reports out this morning say Greek creditors have given a tick to the latest repayment plan from Athens. If this is true (along with all my other positive hopes for our GDP and Yanks’ job numbers), then my economic excitement will be uncontrollable!