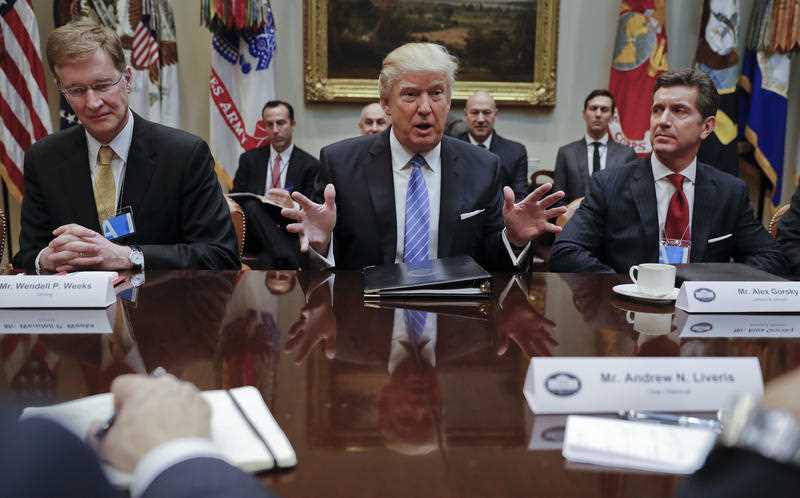 Let's explain the Trump rally and how it affects you!

Overnight, President Trump signed the order ridding the USA of participation in the Trans-Pacific Partnership (TPP), which was meant to promote freer trade between the 12 nations party to the deal. So his first real action was to keep an election promise that even Hillary Clinton had said she would do as well, in the vain hope she’d become President.

Over the next 100 days, Trump will have to move wisely to impress his constituency, who voted for him, but he also has to keep Wall Street onside. Sure, he got elected without the big end of town support from the market influencers but staying there might be another thing.

US election terms last four years and even a very optimistic investor/economist like me expects to see a recession and a big stock market slide over that time. My best guess is that I’m very comfortable being in stocks in 2017 and comfortable about 2018. However, I’ll be on a more nervy watch for signs that stocks have run too hard for too long over that year.

Of course, if the USA under Trump grows at 4% in 2018, as promised by the new President, then we could be in for a longer-than-average bull market and the big economic collapse as well as a crash could be in his second term.

If market mayhem comes before four years, he might not get a second term. So it has to be in his interest not to be too ridiculous on subjects such as trade with China, Mexico and the likes of German carmakers, who he threatened last week with 35% tariffs if they made autos in Mexico and tried to sell them in the USA!

If Donald works hard with tax cuts, infrastructure and less financial regulation, then markets will like it and our stock market will benefit, which will be a big boost to our super funds as well. 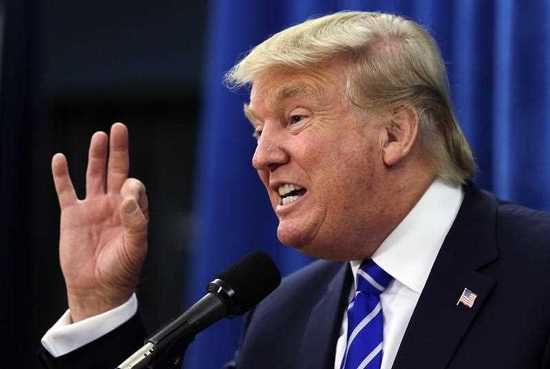 Last week, we saw the latest on our super funds and this is what Warren Chant of super monitoring business Chant West found:

“A strong finish to 2016 from Australian and global share markets ensured that super funds delivered a healthy return for the year and a fifth consecutive positive annual return,” he concluded. “The median growth fund returned 7.7% in 2016, and every fund in the growth category delivered a positive result.”

The returns ranged between 4.2% and 10.1%, but Catholic Super and HOSTPLUS were equal best performers and have been top 10 winners for over a decade.

(Growth funds are those that have a 61 to 80% allocation to growth assets and are the ones in which most Australians are invested. They are often called ‘balanced’.)

To understand the Trump effect and how it affected all of us in super, have a look at what Warren sent me last November, before the Trump rally kicked off.

“Following a solid September quarter, super funds retreated in October in the lead-up to the US election, with the median growth fund (61 to 80% growth assets) down 0.7% for the month,” he pointed out. “This brought the return for the first 10 months of 2016 to 4.1% so, with only six weeks of the year remaining, there is a good chance that funds will deliver a fifth consecutive calendar year return.”

So we went from an average return for balanced super funds of 4.1% to 7.7%. A lot of that was down to Donald Trump’s win in the US election. Sure, mining companies were already on a comeback trail but they got another leg up, as experts started upgrading the world economic growth outlook and confidence surged.

But more to the point, bank stocks benefitted, as Trump’s win implied less US financial institution regulation and higher interest rates because the new leader will not only bring more growth but more inflation. In a nutshell, he will spend more and help create a more normal economy compared to the post-GFC US economy that relied on near-zero interest rates.

Donald Trump is an economic experiment and so far he has helped our super funds. You might hate him but in all likelihood he has made you wealthier. That said, he is a work in progress and his week-by-week decisions over the next 97 days could help, or hurt, our stocks portfolios and super funds.

US presidents like to get a lot done in the first 100 days. I hope that good Donald, who wants more spending, lower taxes and less regulation can trump bad Donald, who could create a trade war for political purposes, as we know tariffs don’t create jobs for the long-term without the cost of higher inflation and lower productivity.

I will be doing a Sting “watching every move” he makes because I know what Donald has given, Donald can easily take away.

As Homer Simpson once declared, when Mr Burns explained how he would soon bribe a jury to get off a charge of stealing a trillion dollar bill from Uncle Sam: “God bless America!”