Lead yourself to a wealthier future

Okay it’s time for me to share with you the actual money secrets that can make you richer than you would be if you rely on the usual moneymaking plans most of us rely on. I compare it to the Irish minesweeper, who tippy toes through the minefield with his fingers in his ears!

Or else it could be the eureka approach to getting rich, where you work hard and hope that one day you’ll make a nice discovery in your bank balance! And sure, some people get lucky with homes they bought for $50,000 more than 30 years ago in Paddington, Sydney, which are now worth more than $2 million. But there are only a limited number of these properties with lucky people inside them.

A few years back, I emceed a conference in Dubai, where US leadership expert, John Maxwell was the keynote speaker. I was knocked out at the calibre of this guy’s message. He showed me that, while I was working hard towards building a successful business and employing more and more people, I had (at least!) one weak suit that I’d never really worked on and it was called leadership!

It might come naturally to a few, but Maxwell says it can be learnt.

He argues you don’t learn leadership in a day but daily! I say the same applies to wealth — if you get it right by the day, over time, compound interest will work its magic and yes, you will end up wealthy.

Maxwell explains that his biggest lesson was when a mentor asked him: what was his self-improvement program? Like many of us, Maxwell, then a young man, admitted that he didn’t have one.

Maxwell makes a strong point that leading others starts with self-leadership, and being committed to a self-improvement plan is step one. As one of the owners of a financial planning business, I always make the point to clients that we have to turn their money chaos life into one that’s characterised by order.

Getting rich is all about taking control, leading yourself to a better career, a more valuable business and growing a greater pool of money in your bank account, your property investments and your super fund.

Maxwell is not a money expert but he shared with me a great wealth building story that shows how having the right processes helps you build income beyond your wildest dreams.

Lance Armstrong in his ‘mea culpa’ with Oprah Winfrey continually said “it’s a process”. This is something that out and out champions understand. Now I know Armstrong, it could be argued, was an out and out champion ‘cheat’, but it still showed that whatever he does, he’ll always thrive to win, no matter what has to be done to make it happen.

With the Oprah interview, he was engaged in a process to win in trying to change the public’s attitude towards him. Now that will be a big challenge but I bet at some time, maybe after a confession book, or after dedicating his life to helping other athletes not make the same mistakes he made, Armstrong will gain some acceptance.

If he does achieve this, it will be put down to the process he put in place to change peoples’ opinions of him. When that happens, if it does, he will win.

The difference between ordinary employees and super ones, between great entrepreneurs and poor performers, successful wealth-builders and top athletes and park players, is the process.

Maxwell told me about Anne Scheiber, who was a 101-year old New Yorker who lived in a beaten up studio apartment in Manhattan. The rent was $400 a month and she lived on social security and a small pension. She had worked for the Inland Revenue Service and had retired in 1943 and despite having a law degree was only paid $3,150 a year. 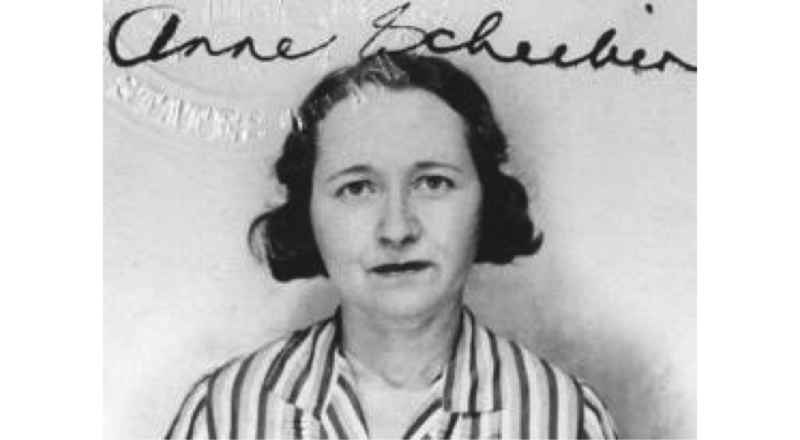 She was regarded as a very thrifty person and even went to the public library to read the Wall Street Journal once a week.

Despite this humble life, Ms Scheiber left a small fortune to the Yeshiva University! Try $22 million! How did this little old lady build such a fortune? She did it one day at a time using a damn good process.

When she retired, she had $5,000 saved, which she ploughed into a quality company, Schering-Plough. She re-invested her profits back into the company and when she died, she had 128,000 shares of Schering-Plough alone and they were valued at $7.5 million.

Her process was simple — buy quality companies, especially when the market falls and makes them easier to buy. She re-invested her dividends and stayed in for the long haul.

She was driven by her process and it was a good one — the results proved that — and she won big time. (You can read a full story on Anne here).

As you set out your plans to build wealth, whether it be for your career, business or your investments, the critical question you have to ask yourself is: do I have the right process?

This leads to the next logical question, which is: how do I get the right process?

You could benchmark yourself off the best in breed. That’s why I, as an employer of 50 plus and co-owner of a number of businesses, have read books such as Richard Branson’s Losing My Virginity and Walter Isaacson’s biography of Steve Jobs.

For building wealth, reading books on the likes of Warren Buffett, regarded as one of the best investors of all time, could be a start, or you could read personal investment books from a point of view of becoming your own financial adviser.

Others have used professional and trustworthy financial advisers to help construct the plan, which ultimately, is the process that builds your wealth.

The starting point for success is to write down your goals then follow that up with a simple plan to achieve those goals.This is the critical process that I think is the difference between winning and losing.

In 2012, I shared with subscribers to our Switzer Super Report, a process where I suggested a portfolio of quality Aussie company names that have a history of paying great dividends.

The goal was simple — let’s try and make 6-7% on dividends and if we get capital gain, that will be a bonus. That portfolio across 2012 returned over 20%!

I had no control over what the market did, what Mario Draghi — the central bank boss in Europe — said, or how fast China grew. But I could control the companies that my money and my clients’ money went into.

And if we didn’t get capital again last year, we would have got 7% in dividends and if the market went down and these companies became very cheap I would have recommended buying more, just like Anne Scheiber did.

When the process has been proven, you can withstand disappointing results because you know one day that things will change and your time-tested process will come through.

The trick is for you to discover the process.

I believe success is based on continually looking at the uncomfortable things that might be holding you back. What might they be?

Try these to see if you have a discomfort zone avoidance issue: laziness, fear, you won’t pay for help, you won't be taught, you hate change, procrastination, you won’t read or pursue books, etc., that will show you what you don't know.

There are no shortcuts in trying to build a million-dollar-making portfolio. You have to beat the obstacles holding you back by listing all the challenges that are hurting your progress, from hardest at the top, to easiest at the bottom.

Then create a system to beat the easiest and work your way through until you beat all of your challenges. John Maxwell says we have to embrace the Law of Process and he shares two great stories to prove the value of having processes that lead to success.

This is the work you should be doing daily, as you don’t build wealth in a day, but daily. Champion boxers don't really become champions in the ring. They’re merely recognised there.

The story of US president Theodore Roosevelt is one that really underlines my point. The British historian Hugh Brogan said of him: “the ablest man to sit in the White House since Lincoln; the most vigorous since Jackson; the most bookish since John Quincy Adams.” That’s huge praise.

He was born weak and sickly but smart. His father told him that he had to get physical or he was done for. So he committed to a daily routine of weights and would do everything from ice-skating to horse riding to boxing. He was a cowboy in the Wild West and was in the cavalry in the Spanish-American War.

He was bigger than life and even when he died, he had a book in his bed.

A close colleague remarked after he died: “Death had to take him sleeping, for if Roosevelt had been awake, there would have been a fight.”

Like so many impressive leaders, this guy was right into self-improvement — physical and mental. More importantly, it was a daily commitment to getting better all the time.

Whether you’re building wealth through real estate or shares, you have to become a professional. You need to give up amateurish ways and be on the constant look out for knowledge that will give you a competitive advantage.

You don’t become a millionaire property owner in one day but daily and the value of your assets will grow with the body of knowledge you accumulate.

Being a success is hard work combined with a really sound process and it starts with a daily commitment to self-improvement and commitment to a winning process.