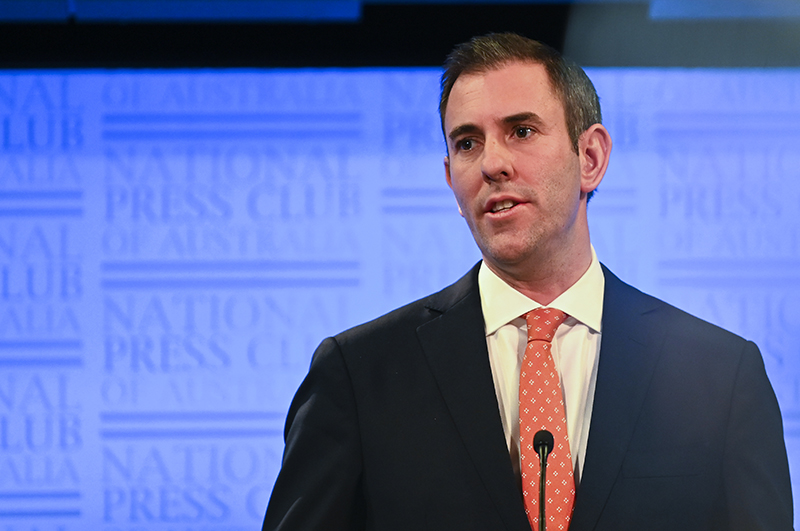 Labor's at it again. A bogan with a PhD is trying to take away our tax cuts!

A bogan with a PhD is trying to take away our tax cuts and unbelievably he comes from the Labor team, who was told at the May 18 election that Labor’s tax plan stunk! And it doesn’t look great when Labor’s “great white hope” (Shadow Treasurer Jim Chalmers) might be now seen as a great white dope!

For those who think I’m being racist, I’m actually being Hollwoodist or boxist, as there was film called The Great White Hope loosely based on the life of a black heavyweight boxing champ, Jack Johnson, who was the first world champion of African American heritage. It was 1908 and he beat Canadian Tommy Burns in the Sydney Stadium at Rushcutters Bay. Johnson was so good that promoters looked for someone white to beat him and his rivals were tagged “The Great White Hope.”

Jim, a Queenslander, has been called by his colleagues as the “Bogan with a PhD”. While this is a little deprecating, Jim is the kind of pollie Labor needs to enlist. Born in 1978, he’s the right age for the future of the party and is smart, as his PhD denotes. But the only concern I have is that his degrees include Bachelors of Art and Communications, while his doctorate is in Political Science and International Relations. I would’ve liked an economics degree but as Paul Keating proved, you can learn the art and science of being a Treasurer on the job. That said, Jim’s worked for then Treasurer Wayne Swan on two occasions, so he’s obviously done a bit of work on our economy.

So he could be Labor’s hope for the future if Albo screws up but the story in the AFR, which was headlined: “Rolling back the tax cuts is an option: Jim Chalmers” wasn’t a great look for a party that just lost the unlosable election because of tax policies that voters (let’s call them customers) rejected.

More on what Jim needs to learn about customers later but let’s just see why he’s happy to be headlined as a tax cut killer!

The Morrison Government took an additional tweak to the election that promised to cut the 32.5% tax bracket down to 30% and will cover those earning between $45,000 and $200,000.

For those who understand the notion of billions, it drives the stage three tax cut costs up from $42 billion to a whopping $137 billion by 2030.

Labor doesn’t like the second part of stage three that came with the election win and it’s the first part it could promise to roll back at the next election.

It looks like the Government will need help from the crossbench so expect some public horse-trading between ScoMo and Jacqui Lambie, as well as the two Centre Alliance Senators.

Now to be fair to Jim, he only said Labor might think about rolling back the tax cuts if the economy was soft in 2024 “then the Parliament will have to act responsibly and adjust things.”

On one hand, I like a politician who shows flexibility but in being so he’s showing me that he’s not ready as a trained-on-the-job economist.

You see, if an economy is soft, which means growing really slowly, that’s the precise time to give tax cuts! If inflation has made a comeback by then (and let’s hope it has for the sake of wage rises, consumption, retail sales and even jobs), then that’s when you might say it would irresponsible to give big tax cuts.

On the other hand, an economist could support tax cuts if the workforce is delivering great productivity gains. These would’ve been better answers for Jim to put out there as a new boy on the block in the Treasury caper.

Jim not only has to rethink his economics, he needs to do a three-year PhD in understanding the customer. That was where Bill Shorten failed. I reckon getting to know people who one day you’ll rely on to vote for you (or buy your policies) by promising to take away something they like, such as tax cuts, isn’t a great way to win friends and influence voters.

The interesting aspect of Jim’s nickname, Bogan with a PhD, is that he needs to get back in touch with his bogan past to understand his customer base and I’d be selective with what his doctorate might have taught him.

And I’d suggest he reads a lot more economics. I hope that helps, Jim.