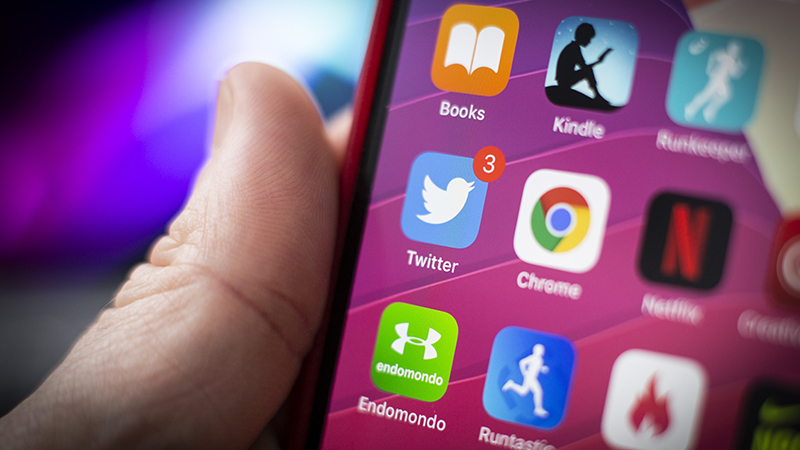 This week I reached the milestone of 10,000 Twitter followers and to see how I rate, I put the question “most popular Twitter accounts in Australia” and what I found confounded me and gave me insights into my fellow Aussies.

And given who I write for, I can guess what you are thinking: “Aside from Hugh and Miranda, who in the hell are these people?”

My curiosity to see who the most followed tweeters in the land of Oz are, has taught me a few really important things, as I put my finishing touches on a book that I hope will help a lot of Aussies get richer.

Yep, it tells me I’m out of touch with millions of Aussies who follow these unknown to me, yet very popular local heroes/influencers.

So what do these people have that others volunteer to hang off their every word?

My investigation into 5 Seconds of Summer was an “oh, of course moment!” when I discovered that Luke, Michael, Calum and Ashton were a band! A new age Beatles, U2 or equivalent entertainment machine, though I doubt they will ever reach legend status but that could be my baby boomer bias!

Ditto for Cody and Troye — more singers — while Pedro is an actor. So the people we’re most interested in are actors, singers and models. I guess that says a lot about us.

That was my first reaction and at the same time I bemoaned why 5-13 million people give a toss about the tweeting/ravings of these celebs?

When I was a young, left wing academic I was more judgemental and dismissed this fascination with celebrities as something that was a national embarrassment. However, now I’m in business, employing so many people who need us to kick business goals to ensure they meet their home loan repayments, rent and HECs obligations, I know we have to understand our customer base rather than write them off.

Sheila Kohler, author of Dreaming for Freud, had a look at our cravings for ‘celebrimania’, as I now call it.

After a Kate Middleton moment, where she was drawn to watch just another of the Princess’s daily showings in the UK and probably the global media, she pondered: “So why do we follow these famous people? Why are we drawn to read about their lives, look at their pictures, and gossip about their deeds?”

This is what she came up with.

“Part of our curiosity is a way of learning what makes the great great in our own search for knowledge, fame and fortune,” she explained. “We copy the famous, buy dresses that are similar or even the same, we wear our hair the way our idol does in an attempt to capture the glamor we admire. But we can also read the great writers or study the great painters and musicians to learn their tricks of the trade, in an effort to emulate, and in some rare cases to surpass what came before us.”

Picking the right role models can be a subjective matter and I’m sure there are young men eyeing off Donald Trump, while others might be more impressed with…gee there aren’t many politicians anywhere in the world right now that could be capturing the imagination of young people.

I guess Emmanuel Macron could be seen as a young politician and social leader worthy of interest but he’s struggling in his own domain, as the Parisian population dons yellow jackets and protests continually at the world he’s creating or is an accessory after the fact right now!

If young people don’t get inspired by politicians, then maybe we should blame the would-be leaders. John Maxwell, the author of the best-selling 21 Irrefutable Laws of Leadership once told an audience I was MC’ing that “if you think you’re a leader and you look behind you and no one is following, then you’re not a leader — you’re just going for a walk!”

That’s a lesson for all would-be leaders, as is the big takeout from the list of top 10 Twitter idols, that you have to be someone others would like to be like. It’s why Katy Perry (107 million followers), Justin Bieber (105 million) and Lady Gaga (77 million) draw big crowds.

However, non-entertainers can excite the world with Barack Obama attracting some 104 million followers! Possibly reflecting the lower interest in things business the likes of Sir Richard Branson with 12.5 million followers, shows that the more colourful and socially interested you are, the more followers you’re likely to interest.

In case you’re wondering, Donald Trump has nearly 58 million Twitter ‘fans’, which underlines the importance of being a high achiever and controversial and is 14th in the ‘Twittersphere’. Obama is number three!

So where am I going with this analysis of tweets and tweeters?

My own experience with Twitter tells me that the most vocal and reactive are pretty intelligent people who back their points of view, though I do think they are excessively tribal. They remind me of my university teaching days when my academic colleagues got together to listen to someone’s paper of a specific subject and ended in an insulting bunfight!

It was left tribe versus right tribe, Keynesians versus monetarists, big headed smart Alecs versus gracious, quiet, sound thinkers, who often weren’t used to the rough and tumble of so-called academic rigour. Suffice to say, numbers to these lunchtime battles dwindled so the benefits of considered and respectful feedback was sacrificed for ego preservation.

But what do I make of the big numbers chasing celebrities, even if they’re observations on life might prove facile and vacuous? Well, I think encouraging young people to have idols and role models is a good thing. Aspirational human beings have more capability of striving to better themselves.

Sure, I’d prefer our young people to have other inspirational role models other than singers, actors and models but be clear on this, these people are unbelievably high achievers in what is one of the most competitive arenas known to man.

After all, who hasn’t harboured the desire to be either a singer, actor or model? And some of us want to be all three!

Ryan Herring, writing in the Huffington Post put the importance of the dream/hope thing into great perspective. “Tell them your dream Martin. These words spoken to Martin Luther King Jr. 52 years ago on August 28, 1963 by Mahalia Jackson inspired perhaps the most well-known prophetic use of spiritual imagination in modern history. King’s “I Have A Dream” speech was filled with hope and radical imagery. King envisioned a nation where injustice and oppression were no longer prevalent — a nation so transformed by hope and love that freedom and justice rang ‘from every state and every city’.”

Entrepreneurs like Gloria Jeans’ Nabi Saleh told me years ago that he and his co-founders big dreams explained the success of the company, which saw two Aussies start with two franchise outlets that exploded into 1000-plus international business, which saw the local operation buy out the US founders!

Twitter can really be very annoying in the hands of those who aren’t up for intelligent and objective debate but its linking of successful high-achievers or really unheralded sound thinkers to aspirational people has enormous potential.