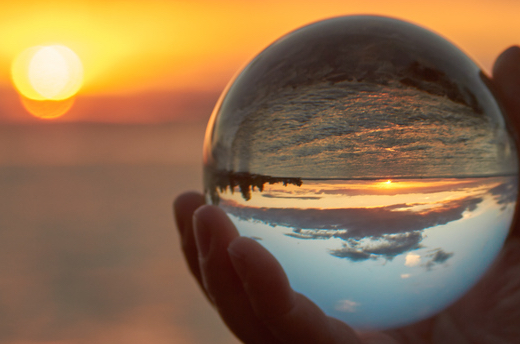 Just how bad is our household debt?

Doomsday merchant economists such as Professor Steve Keen keep warning us that our debt to GDP ratio is one of the worst in the world and it will come back to bite us, pushing our economy into recession.

However an arguably better qualified economist and former RBA board member, Dr. John Edwards, is happy to hose down the fired up prophets of doom who point to our debt to household income being over 200%.

But who is right?

This chart just below shows we’re up there in the household debt to household income stakes:

And we have really gone for it in recent years. In 1988, it was about 60% and we’re now around 200%. But note how we were at 160% when the GFC hit and we soldiered through that as an economy pretty well, with unemployment not breaching the 6% level, while equivalent countries saw double-digit jobless rates.

One of the big worries is that our banks could be vulnerable to over-borrowed customers, but in the GFC, our top four banks were in the top 10 in the world, so over-borrowed Aussies weren’t a problem then for banks and interest rates were a lot higher than now throughout that period. 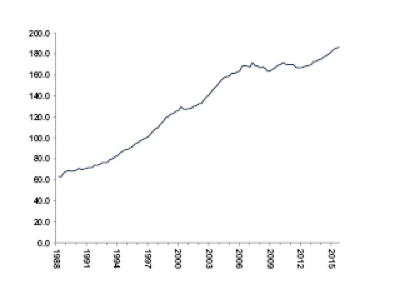 John Edwards thinks interest rates will rise quicker than most economists but he still thinks we will be able to cope with the higher rates.

In his most bullish case, he thinks the RBA’s official rate should go from 1.5% to 3.5% in as little as two and a half years. However, he also said it could take five years for that to happen.

Some economists think it will be two years before the RBA raises rates by even 0.25%!

Some commentators think the household debt to income worry will make sure the RBA is slow to raise rates but Edwards thinks that could be a misguided view.

That said, recently the IMF was warning about our debt to income challenges. Economists at the IMF have found countries that grow out of a debt-fuelled housing boom eventually have slower growth and higher unemployment. And it often brings a banking crisis, but the economists did concede that well-off countries can service higher debts more comfortably because they have more income. Well, der.

And given how low interest rates are right now, and that most economists think the first rate rise will be mid-2018 or even later in that year, it seems the threat of higher rates for over-borrowed households is a few years off yet.

Recently, UBS worried us all with claims that a third of loans were liar loans but closer analysis showed the biggest porky probably came from UBS’s press release on the subject, which the media devoured.

Jessica Irvine in Fairfax summed it up sensibly.

“Overall, it really is a bridge too far to compare Australia's lending practices to the original "liar loans" – a term coined to describe the "stated income loans" which flourished in the US ahead of the GFC, whereby borrowers were required to produce no proof of income to get a loan,” she explained. “They were a sister lending sin of the "NINJA loans" – "no income, no job and no assets" – which also took root.”

In Australia, our lending is pretty closely regulated and anyone trying to argue we have a Big Short movie problem here isn’t letting the facts get in the way of a good story. (In this movie, some smart hedge fund guys saw how liar loans and related products left banks vulnerable. These guys shorted financial institutions and made a lot of money and contributed to the GFC stock market crash panic.)

Not helping doomsday merchants are low mortgage defaults here in Australia and the fact that “the proportion of loans that are genuinely "low-doc" has fallen dramatically, from about 8%pre the GFC to around 1%,” Jessica points out.

So the borrowers who might have to shift from interest only to principal and interest loans are the types who could afford it, so the risks are lower than scare merchants would like it to be.

I think it’s a big mistake to compare Aussie borrowers to US borrowers who can hand in the keys to a loan and drive away in their Mustangs. Here in Australia we have recourse loans, which means we pay them back unless we lose our jobs.

Thankfully, the outlook for the labour market and the economy is positive so it’s less likely our banks will be tested by an avalanche of debt dodgers.

Dr. Edwards rejects the argument that our households are in a "fragile position".

"They are not,” he told the AFR. “Collectively, households in Australia have never been better off.

"Household net wealth in nominal terms is more than seven times greater than it was when the long Australian economic expansion started in 1991."

He also takes on the IMF and its warnings that the high debt to income levels will threaten the macro-economy.

"In Australia this is not the case," he said. "The growth of consumption spending over the last eight years has been well below its growth in the previous 12 years

"As a share of GDP, household consumption is at the lower end of its long-term range," he explained.

This reduces the problem of high debt levels hurting demand and economic growth as interest rates rise in the early phases of the tightening cycle for the price we pay for borrowed money.

Our household debt to household income is high but it looks manageable and pretty smart guys like Edwards, AMP’s Shane Oliver, CommSec’s Craig James and the Reserve Bank of Australia, are relaxed about it all, even if they are watching it cautiously.

Our vulnerability to future debt shock is being exaggerated and often by ‘experts’ who have been preaching doom and have been wrong since the GFC.