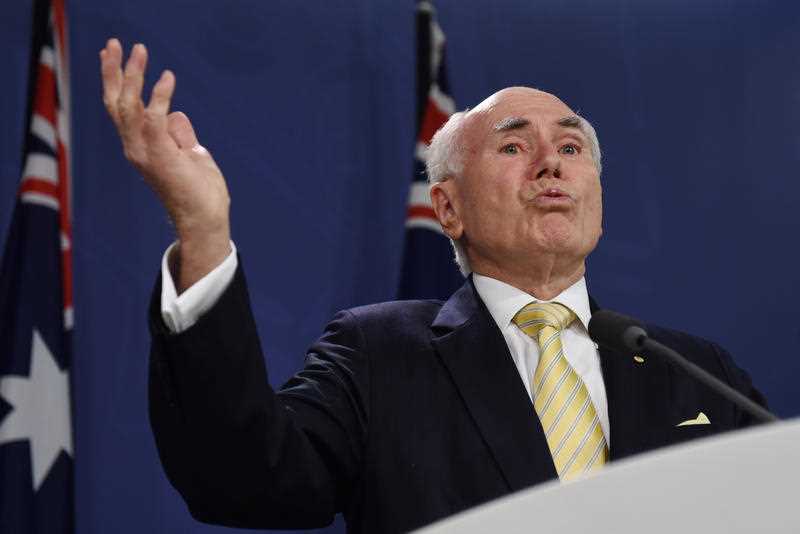 John Howard is wrong! I don't want a rate cut!

In case you didn’t know, we’re all in an economic, or maybe it’s a statistical, battle with a number of economists thinking our economy is weak enough for the Reserve Bank to cut rates, not once but two more times! The RBA decides today but all economists surveyed say no change and I agree.

But unusually for me I support Glenn Stevens and want rates to stay on hold until some time next year, when I hope rates start to rise. And that’s despite me having a home loan and that’s also despite John Howard telling an audience at the post-Budget breakfast in Brisbane, which I speak at, that “there is never is a time that Peter Switzer does not want an interest rate cut!”

You see, if the more negative and nervous economists are right, and the RBA is forced to cut, then it probably means that our economy is worse than I expect and/or the global economy is so weak that rates are either cut further, if it’s possible, or these historically low rates are kept lower for longer.

Of course, our economy gets a lot of lift out of an improving world economy because we export a lot of commodities. We also get a boost from a lower dollar and the drop from the 90 US cents level to 70 US cents, which is a huge depreciation.

The chart below tells the precise story. A little over a year ago our dollar was around 94 US cents! 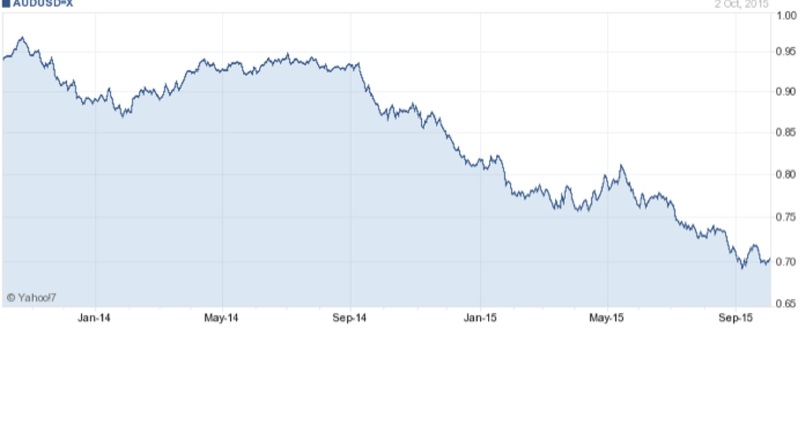 So we have had a 25% depreciation, which means this year’s overseas trip at Christmas is going to be a lot more expensive than last years if you are going to the US.

However, it helps our education, tourism and hospitality industries and their businesses. It helps the likes of BHP and Rio, which are getting lower commodity prices but when these US dollar-determined prices convert to lower dollars it helps profits in Oz dollar terms.

Yep, exporters gain, import-competitors gain and even Gerry Harvey gains, because his supplier cops the exchange rate loss, not him. Both JB HiFi’s and Dick Smith’s CEOs have confirmed on my TV show that a lower dollar does not hurt their bottom lines.

All of this has to be good for growth and job creation and I am seeing some nice green shoots and a few popped out yesterday.

This is what rolled out of the economic data story yesterday:

I think the consumer is getting more confident and this has been the missing link. I look forward to see next week’s business and consumer confidence readings to see if the Turnbull effect was an extra-plus, though there was some scary stock market stuff recently that could have spooked business owners and consumers.

Throw in the great business conditions reading in the NAB's monthly survey and I think there is a reason to believe that we could be turning the economic corner.

I don't often agree with the RBA but I think being on hold until it is clear that the economy is growing too slow or too fast is the sensible strategy. I hope there are no more cuts because I don't want people thinking that our economy needs help and that's the only reason the RBA would reach for the rate cut lever.

I have said this before and I still believe it, given where I believe the economy is heading - this was a great leadership battle in Canberra to win!

By the way, Wall Street and those disappointing job numbers last Friday seem to be helping with the Dow up over 300 points. In fact, since the Yanks got 142,000 jobs rather than the 203,000 expected, the Dow has risen 727 points after the initial fall following the worse than expected number was released.

I’m not sure if we can get sustained good news from the stock market — I suspect we will see more ups and downs — but if we do, the positive confidence effects, on top of some improving economic data locally, will keep me believing that we have turned the economic corner.