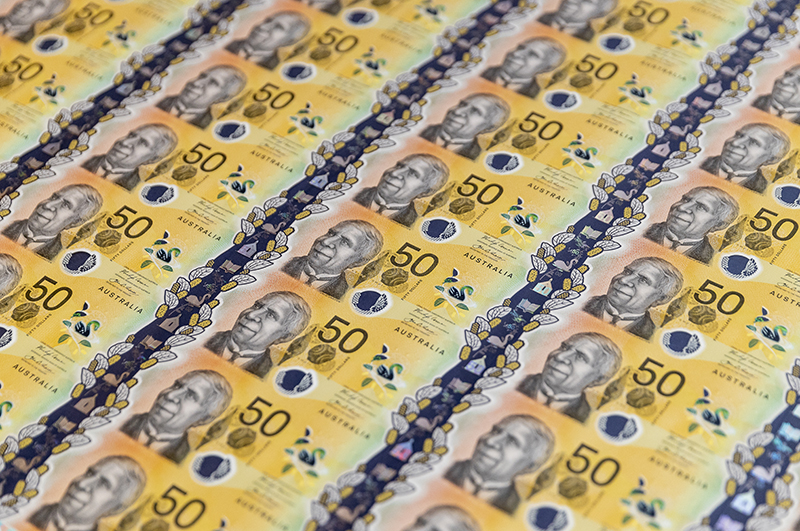 It's official! We're globally the richest, so why do we whinge?

Australians are the richest people in the world! I didn’t know that, though through my overseas travelling and TV watching I suspected we’d be up there. But as Fairfax’s Jessica Irvine asks: Do you really “buy it”?

I suspect people in their normal battles of life would in all likelihood say “you’ve gotta be kidding!”

Well, Credit Suisse wasn’t kidding when it found that we won the richest citizens in the world survey. Now this was based on the median Aussie citizen and, in case you’ve never understood the difference between mean and median, let me explain.

The mean Aussie is not a tightwad person but simply the average Aussie. If I wanted to work out the wealth of the mean Aussie, I’d work out total wealth and divide it by the number of Aussies. In better words, I’d try to adjust it for income inequality but this is already starting to do my head in!

The median Aussie gives you a better insight on the central tendency for a group of numbers. In this case, our individual wealth all stacked up for the survey and that’s why Credit Suisse used this measure.

As I’ve said, my travels have told me that we seem to be paid better than Americans, Europeans and Poms. And forget about Asian pay packets.

We seem to eat better and travel more widely but these are all my personal impressions, though over the time I’ve done this writing and economics caper, I’ve seen comparative data to support my best guesses.

So I was happy when the pointy-headed types at Credit Suisse used numbers to quantify our relative greatness. I have to say I always felt that we must have been up there when I turned on the radio in Melbourne to hear “we’ve again been voted the world’s most liveable city.”

And other Aussie cities are often on the list, which has to say something about our collective wealth, if our cities are perceived to be among the best in the world to live in.

If you want numbers, here’s what the Swiss investment bank’s computers found:

• The median or “middle” Australian adult has $US191,453 in wealth, which is our assets minus debts.

But in average terms, Jessica, who is strong at economics, revealed that the Swiss had a win over us.

“The chalet-loving nation still retains a comfortable lead, however, in average terms,” she wrote in the SMH and The Age today. “The average Swiss adult has wealth of $US530,240 compared with our $US411,060 – which still puts us in second place globally, just ahead of the US.”

Frankly, I don’t care if we lose out to the Swiss because some think Switzerland is the land of cheese and watches but in reality, it’s the land of money. Swiss bankers have been loved by the wealthy and the scoundrels trying to hide money for centuries!

The bottom line is that most of us have it pretty good here, especially if you’re a median or even an average/mean Aussie, statistically speaking.

Part of the reason we do so well is that our land is really valuable compared to many peoples’ lands worldwide because we’re the most urbanised population in the world.

So many of us live close to the CBD ,where property values are usually the dearest. And most of us are jammed up near the coast, which also adds to the price of property.

And if you think that inequality has increased over the last few decades, Jessica points out that a Productivity Commission study shows that hasn’t happened to any significant degree.

And a CEDA Report shows 50% of baby boomer Aussies think they’ve missed out on the 27 years of economic growth without a recession but the numbers hint that maybe many of these are just whingers or bad at managing their money.

But it’s not just baby boomers who can whinge, as Jessica laments the plight of younger Aussies, who now find it hard to buy homes, while the oldies here are living far too long, on tax-free super and other benefits.

But youngsters like Jessica never see what baby boomers see!

She’s right, the young find it really hard to buy expensive properties with slow-growing wages but the young of today are different from the young of yesteryear.

The young wear better clothes, drive better cars, fly more often, buy more expensive drinks, outlay on recreational experiences and even get married overseas, while wanting to live close to the middle of their cities rather than going out to the boondocks like many of their parents did, with screaming babies and one job in the family.

In many ways, the young aren’t doing it tough. While they wait for fairness to be delivered (hopefully in their 30s or 40s when their incomes give them a better chance to win the property prize that explains why the world think we’re so rich), they are living the life of Reilly, or whoever the modern day equivalent is.

The young are enjoying their material life more when they’re young, while baby boomers have it more now. When they were young, they had less quality clothes, which were relatively more expensive then, crappier cars and definitely less mod cons. Baby boomers had a home earlier but we didn’t live a lookalike life of Meghan and Harry, which I reckon a lot of young people aspire to, and nearly achieve, nowadays.

It’s hard to equalize the relative lives of the young and the old because time and a whole lot of different circumstances make comparison too hard. For example, baby boomers had kids in their 20s, while the young of today have them in their 30s.

Maybe the best advice is not to whinge about it. If you don’t like your plight in life, do something about it.

And what might that be? That’s simple — be different, think outside the square and read stuff like this that inspires you to be at least the median Aussie, or even better!