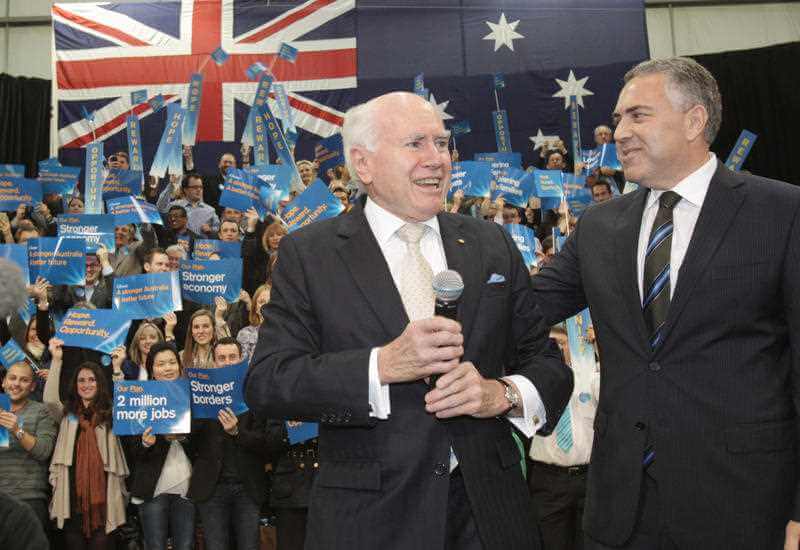 It's John Howard vs. Joe Hockey. But who is right?

It’s JH v JH — John Howard versus Joe Hockey — and it’s on our economic future, so who is right?

JH is right but let me drag it out so I can run my argument by you and you decide who you want to believe.

I am conflicted as I do a speech every year in Brisbane after the Budget for PwC with our former Prime Minister, where we attract 2,300 attendees — it’s huge — and we have become jousting mates on the economy, politics and even sport! I’m so glad the Roosters are miles better than the Saints this year.

On the other hand, I’ve known Joe Hockey since he was Small Business Minister in the Howard Government and he was a good one too. He used to go to my HSC economics lectures when he was at school and I was a young academic and he claims to have been a fan when I was the business and political commentator on the Triple M network in the days of the great Doug Mulray.

So, that’s my conflict explained.

As one respected media star suggested to me yesterday: “Howard would know more than Joe, wouldn’t he?” and maybe he does, purely because of more years hanging out with Treasury and Treasurers. He was a Federal Treasurer but like all Treasurers things did not always work out well however his time with Peter Costello was his best economic work and few people dispute that.

By the way, there were economists older and better trained than me who tipped the GFC would bring 9-10% unemployment and it worried me when I was at odds with them.

Unemployment did not go over 6%, so I beat some better trained economists on that call, so Joe has a chance to be right.

Mr Howard yesterday was quoted saying our economic growth looks set to be “sub-par”, which Joe has disagreed with, so let’s test it out.

Mr Howard has the support of most economists who think economic growth will be under 3% for the year ahead. Par growth would be around 3-3.25% and so, on first blush, the old PM is in front.

Meanwhile the Reserve Bank recently cut back its financial year forecast for growth by 0.5% to a mid-point of 2.5%. It was 3% and so the RBA is leaning towards Mr. Howard and I’d reckon he would be influenced by the Big Bank’s calculations.

(Whenever I have bagged the RBA or its boss Glenn Stevens, for being too careful or even wrong, Mr. Howard is far more supportive of our central bank. He is far more gracious than me and I occasionally feel bad about that. However, it does not last too long!)

Another support for the Howard view was the Westpac-Melbourne Institute Leading Index out yesterday. 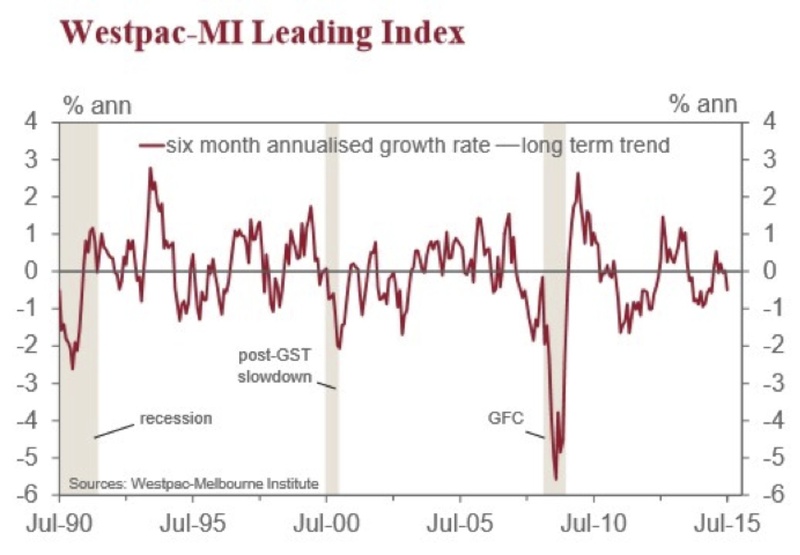 So, it looks like game, set and match to Mr. Howard but let’s look at what Joe has got.

As a starting point, let me say, that the Leading Index has not always been a reliable indicator. When I was a young economics commentator I backed it and it let me down and so I respect it but never overrate it.
Joe sees the economy like I do. Well done Joe! The Budget has helped business confidence and sales at JB Hi-Fi show the $20,000 tax deduction was a beauty. The dollar is down from 83 US cents in May, interest rates are historically low, our home prices and super returns have to be creating a positive wealth effect, and jobs are being created such that even the RBA has expressed surprise.

The simple facts are that a lot of data we look at -  including our latest company reporting results related to the first six months of the year, which were pre-Budget, pre-dollar dive, pre-Greece’s bailout and before a lot of things got better for the economy – actually don’t look too bad.

Joe, as Treasurer, has to take on pessimists, even if they are mates like John Howard. The Master Blaster Treasurer, Paul Keating, would take people on when it came to different economic views and like PJK, Joe has to “throw the switch to Vaudeville”, as I have said before.

And interestingly the RBA has said if the dollar falls to 67 US cents they would raise their mid-point for growth by 0.5-1% for the next two years.

So, the dollar could determine which JH is right. This morning the minutes of the latest Fed meeting on rates suggested the September rise might not happen and our dollar went to 73.51 US cents, which does not help Joe’s cause.

That said, digest this from Westpac’s economics outfit:

“Westpac expects that rates will remain on hold over the course of the remainder of this year and in 2016.

“The Bank [the RBA] currently expects growth in 2017 to centre around 3.75%. If indicators, including our own Leading Index, were clearly pointing to that prospect during the second half of 2016 then the Bank might consider an earlier rate hike although, as discussed, we are sceptical that Australia’s growth rate can bounce back as quickly as indicated by the Bank’s latest forecasts.”

Right now the RBA is pretty damn positive on 2017 and I suggest the dollar’s dive is important to this JH v JH story.

So what’s my verdict? If I thought the Fed was going to raise interest rates in September I would be on Joe’s side that growth by the third and fourth quarter here would be annualizing around 3% or even higher.

The Howard view looks like the safer bet but I don’t mind backing long shots. As long as Joe can keep talking up the economy and the dollar keeps falling then by June 30 next year, the Treasurer might be able to smoke a satisfying cigar without the media portraying him as Daddy Warbucks.