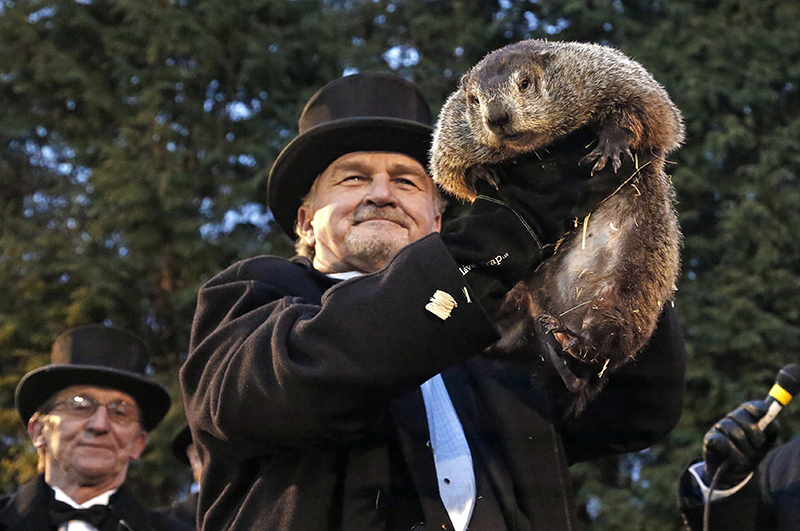 It’s my version of Bill Murray’s Groundhog Day, where repeated unwanted data shows up but in my case it’s usually a happy ending. However, until the end-play happens, you’re always left wondering: “Could I be wrong this time?”

I started writing about this strange beast called the Australian economy in 1985 in the Daily Telegraph and because I’ve been on show all that time across newspapers, magazines, radio, TV and now websites as well as podcasts, I should have a good idea of how it’s likely to behave.

However, as I said, this is a strange beast. I’ve never called a recession but I thought Paul Keating was M-A-D letting home loan interest rates go to 17% in the late 1980s. It was crazy stuff but no-one understood deregulated economies.

The Asian currency crisis in late 1997 was one I railed against but I blame BIS Shrapnel’s Frank Gelber, who I interviewed and was converted to his thinking on the subject. And he was right but he made me look good. Maybe guessing the most right economist is a skill for others to use to select who they believe.

The GFC non-recession I got right and I can’t blame anyone else but myself. It got me into heated on air arguments with Carson Scott, my TV colleague on the Sky News Business channel, who decided that other economists were right so I had to be wrong.

Calling the economy like a footie commentator is probably not as exciting but it’s far more important.

What happens to economic growth, unemployment, interest rates and so on really has a massive impact on people’s lives.

Right now, smart economists like Westpac’s Bill Evans and AMP Capital’s Shane Oliver think the economy is weak enough to need another rate cut. They could be proved right or wrong over the next few months. I think it’s 50:50 and this week’s data didn’t change my view. In case you missed it, this is what the stats told us:

• Unemployment didn’t rise, staying at 5.2%, which is better than a rise.

• On one hand the RBA Governor, Dr Phil Lowe, told us: “I agree 100 per cent with you [the Treasurer Josh Frydenberg] that the Australian economy is growing and the fundamentals are strong,”. But on the other hand, the Board minutes of the RBA said: “The Board would continue to monitor developments in the labour market closely and adjust monetary policy if needed to support sustainable growth in the economy and the achievement of the inflation target over time.” All up, this means if the economic data isn’t strong by October, the RBA will cut rates again.

• Rolling annual passenger growth on the Sydney-Melbourne route is at 6½-year lows.

• The Chinese economy grew by 1.6% in the June quarter, above consensus expectations for 1.5%. But the annual growth rate slowed from 6.4% in the March quarter to 6.2% (in-line with consensus) in the June quarter – the weakest pace of growth in at least 27 years.

• And the best was saved for last, with the Westpac Leading Index actually surprising economists with a pretty bullish reading on future growth. The often pessimistic AFR reported that “The Westpac-Melbourne Institute Leading Index, which indicates the likely pace of economic activity into the future, has shown a strong turnaround in the month to June driven by the share market gains, better-than-expected dwelling approval numbers and higher commodity prices.”

However, I will add that one month isn’t a trend but I’ll watch this stat with interest in coming months, and so will the RBA.

This wasn’t a great week for the unbridled optimist but I do like the fact that our stock market is up about 20% this year and there are those who warn us that the stock market smarties anticipate the future by about six months. They are not 100% accurate but history seems to rate their predictive powers.

So why do I care? If our economy can rebound from 1.8% growth to high 2% or even 3% growth, the following good stuff happens:

• A Budget Surplus gets bigger.

• And optimists like me can feel happy with a job well done.

One day optimism will turn to pessimism but it can be avoided/delayed by enlightened macroeconomic policy settings and an end to the trade war.

And on that subject, the reality of Donald Trump and what he means for predicting our economic future has no role in my Groundhog Day comparison. He is a 24-carat gold one-off when it comes to my history of economic commentary!