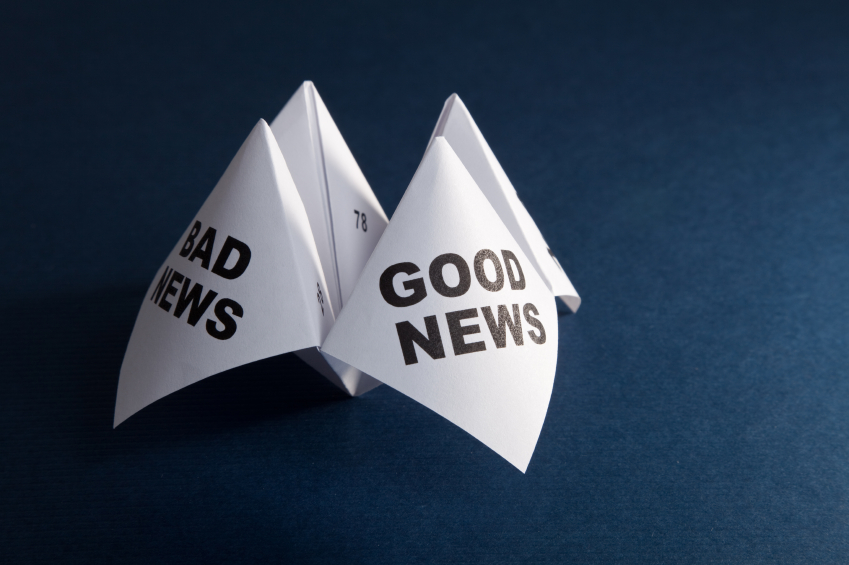 It's good news vs bad news: I'm not sure what I'm rooting for!

The good news is the Yanks are thinking that an April interest rate rise is more possible but US stocks weren’t very negative overnight. The bad news is that the greenback has started to rise as a response so the oil price has fallen, as it’s sold in US dollars.

But the good news is that our dollar is down to 75.33 US cents. Only a week ago, it got as high as 76.80 US cents. This is good for our economies’ economic growth.

Though the bad news is that our stock market has been rising because the weaker US dollar has helped commodity prices (oil and iron ore) rise, which has helped the share prices of BHP and Rio, et al. This in turn helped our overall stock market head higher.

That said, we should be happy with the good news that the likes of Patrick Harker, who is the Fed President at the Philadelphia branch of the US central bank, has been pedaling. Looking at better economic data, he told Reuters “there is a strong case that we need to continue to raise rates.”

The bad news is that CNBC says the Fed boss, Janet Yellen, has a “mini-revolt” on her hands, with talkative Fed presidents lining up to publicly support an April rate rise. This idea is at odds with the market view that June was the more likely time for the next rise.

The good news is that if the Fed actually did raise rates in April it would be a response to a better than expected economy, that’s creating jobs, inflation and a more normal economy. It would be a big boost to those who thought QE would work.

But the bad news is that the stock market has not had a good short-term response to the “getting real” concept of a stronger US economy needing to have some interest rate rises. And if this rise actually does come in April, it coincides with that old cliché, which I concede I do bring up a lot, “sell in May and go away, come back on St. Legers Day.” This is around September, when the English summer holiday period ends and historically, before the age of the internet, stockbrokers would get back to work in the UK.

Adding to the badness of the news is that stock market crashes come in either September or October and there are doomsday merchants out there selling this story — again!

The good news is that the “sell in May” and late year market crashes don’t always happen. Happily, history shows that the year of a US Presidential election is the second-best for stocks. The best is the year before but last year wasn’t a good one for the market, so the odds might be in favour for a better one in 2016.

On the other hand, the bad news is this US election brings Donald Trump as a possible Republican candidate. After the Belgian bombing, it looks like his pitch (which is more right-wing, slightly loopy but appealing to the masses who are fed up with political correctness) means he could become the next US president!

You’d expect this would be good for Wall Street, as Trump is a business titan but he’s selling policies that include more tariff protection, job preferences for US workers and a lot more that sounds great to average voters but could hurt the productivity and competitive advantage of many listed US companies.

The good news is that a Huffington Post poll says 32.5% of Americans hold a favourable view on Donald. Meantime, Eric Grenier, on the CBC website (on his analysis of the voting data so far from the primaries) says that “Clinton would likely win between 347 and 416 electoral college votes against Trump.” And more importantly: “She would need 270 to become the next president.”

I liked his conclusion: “Without a major shift in American public opinion, the White House is increasingly looking like one piece of real estate that Donald Trump will not get to stamp his name on.”

While that seems like good news (given Trump being Trump), the bad news is it does mean another Democrat president is likely! We had high hopes for Barack Obama but he has not been the greatest of high-achieving US leaders. His foreign policy has been inept and the US economy could’ve had better leadership as well. He’s been OK but not spectacular, when the US economy needed spectacular.

Hilary is tough and being a woman couldn’t hurt given how poor the men have been. We know that because Bill Clinton (despite his night moves) is still seen as the country’s best, recent president and before him, Ronald Reagan is nearly being remembered with saint-like reverence.

And while another Democrat might be looking like bad news, the good news is that according to economist Paul Krugman, since 1947 “the economy grew, on average, 4.35 percent per year [under Democrats]; under Republicans, only 2.54 percent.”

Even the stock market has performed better for Democrats but even the left leaning Krugman says the Dems did get a lot of luck. For example, he says the Democrats have had better oil shocks, like the one now. Still, I do recall Bill Clinton making famous that line: “It's the economy, stupid.”

That should augur well for Hilary, if she becomes the next US president.

Last night on my Sky News Business TV program, the world’s scariest economist, Steve Keen (now at Kingston Uni in the UK) said a recession by 2017 or 2018 is on the cards. In terms of timing, that looks possible so having a pro-growth US president who’s smarter than Donald Trump looks like the right option for the world economy and global stock markets.

On balance, this analysis has led me to the conclusion that yes, I’m rooting for good news but does that surprise any of you?

I want a stronger US economy, rising US interest rates, a higher greenback, a lower Oz dollar, a faster growing local economy and a rising stock market here. And that’s not stupid, stupid!