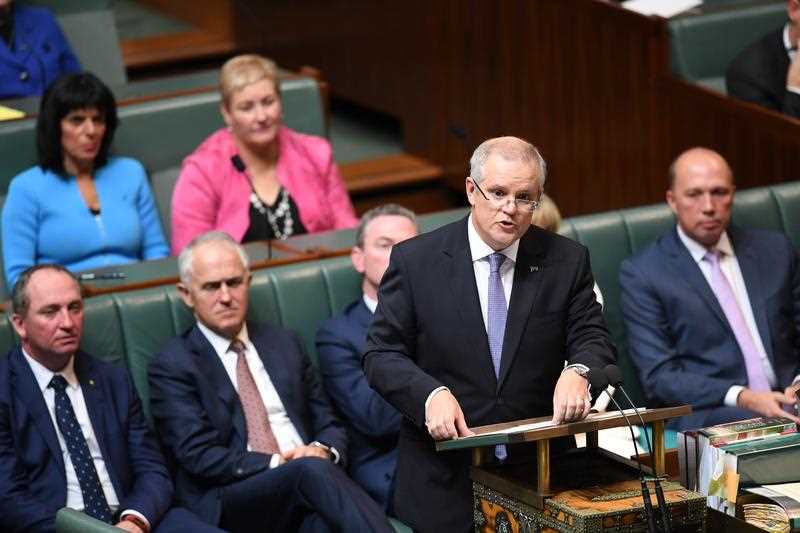 It's a beam us up, Scotty, Budget!

I’ve tagged this Budget as the “Beam us up, Scotty” Budget, with the Treasurer trying to pull off an economic escape plan that just might be sellable to the Senate. After all, it’s no good having an economically brilliant Budget that gets turned into a zombie because the measures promised are nothing more than walking dead ideas because the crossbench Senators say No!

I admit being caught between Star Trek and Star Wars with this Budget, as the Treasurer looks to be going where no Treasurer has gone before, while he tries to deal with the Senate, which has been described as a motley crew reminiscent of the bar or cantina scene in Star Wars IV — A New Hope.

And isn’t “A New Hope” relevant for this Government, with its PM under polls pressure?

The main points of the Budget are:

Of course, there’s a range of measures that will affect some individuals harder than others, such as landlords claiming their trips to see their interstate or overseas properties as a tax deduction going. And getting a tax deduction for depreciation on fittings and furnishings in an investment property, which you haven’t actually bought and added to the property, will no longer be claimable!

On the other hand, if you earn $180,000 plus, the 2% deficit levy goes in July — many thought this could have been extended.

All up, this doesn’t look like a Conservative Budget, with former Labor leader Kim Beasley, telling me last night that it looked like a “Labor Light” Budget!

So how come? It’s simple. This is an escape plan to get the Government out of the clutches of the crazy Senate. And despite the negative impact on the big five banks — CBA, NAB, ANZ, Westpac and Macquarie (and their related share prices), this is an up Budget. It has the potential to push economic growth, business investment, wages, inflation, interest rates and employment up. Sure, it will push Gross Government Debt to $663.8 billion by 2020 but it will take the deficit down, and into surplus by 2021, if all works out. And that’s a big “if”.

However, as we all know, Budgets are easier said than done.

One final word. This Budget not only has to pass the Senate test, it has to get past the debt ratings agencies. And the $23 billion tax slug and the good debt spending on infrastructure just might get them a pass, for now.