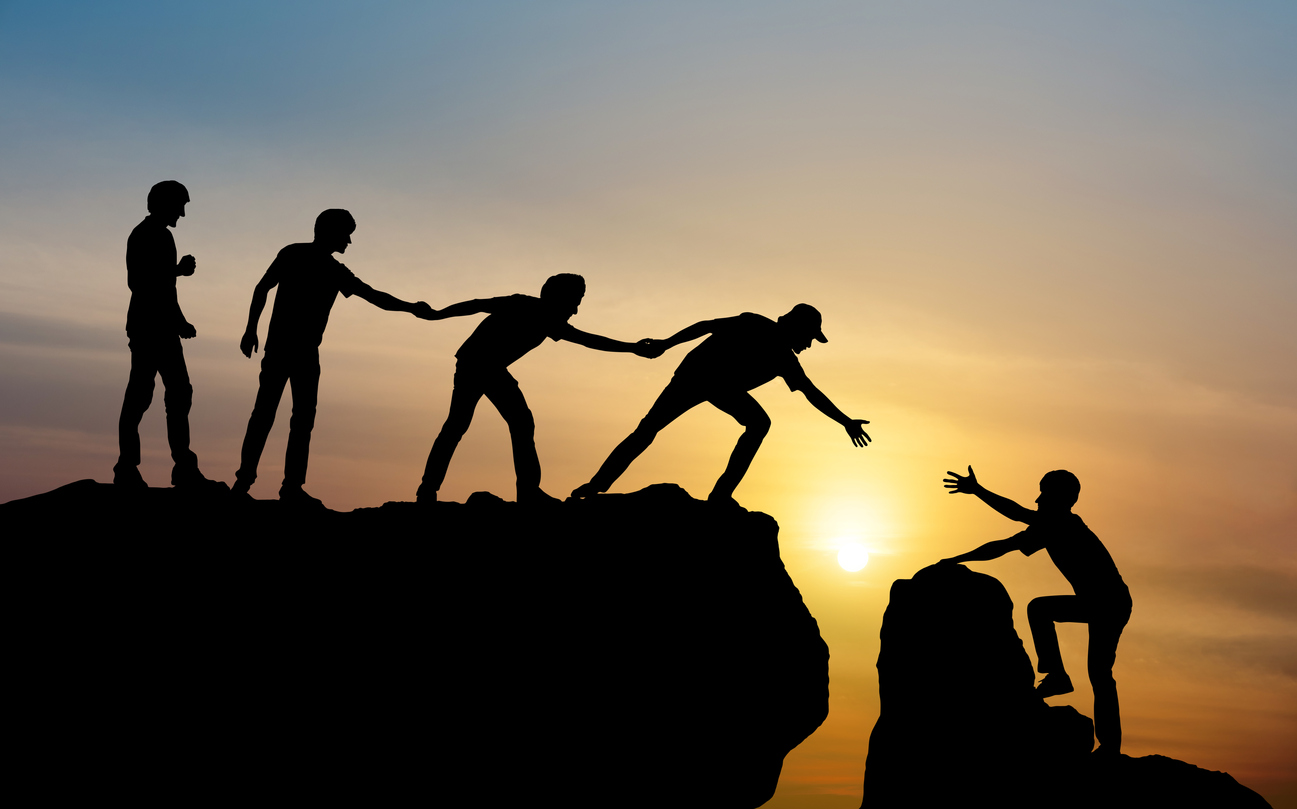 Is your super in danger? Should you get out of the stock market now?

I’ve posed this question before but it’s so steeped in history that I have to keep pondering its relevance — should we sell our stocks in May and go away? It’s such an interesting issue that I pursued it on my TV show — Money Talks on the Sky Business Channel.

For those who run their own stocks portfolio, either outside of super or inside a self-managed super fund, the old piece of market advice could have a big bearing on how they invest.

I do know of people who have recognised that the months November to April have been largely positive for stocks, while the period May to October has been pretty ordinary. CMC’s Michael McCarthy said he has a colleague who has done the homework on the old adage that goes: “Sell in May and go away, come back on St. Legers Day.”

It’s clearly a British ditty, with St. Legers Day is around the end of summer holidays in the Northern Hemisphere.

The chart below shows how the advice has worked out in the past. The dark blue line covers May to October, while the pale blue line looks at November to April. What this chart shows is that the advice was wrong for the past five years but spot on over a 10-year period. It worked for 20 years, 50 years and for all-time, though I don’t know how far it goes back. 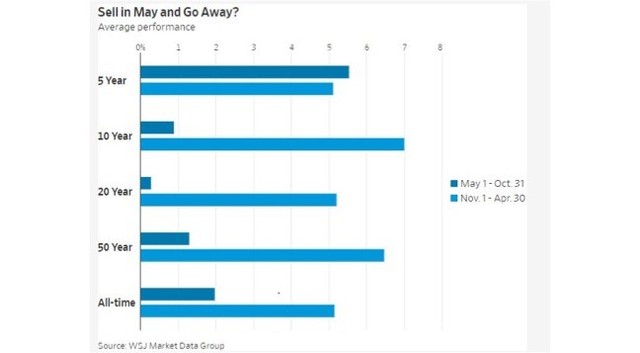 So it’s looks like a no brainer if you want to rely on history but markets and statistics can be deceptive.

Gary Stone, founder of Sharewealth Systems, also joined my show last night. He loves charts and this is what he found and revealed: 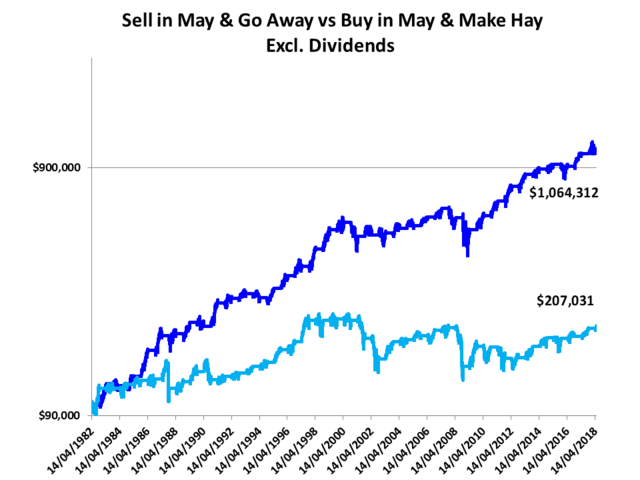 The dark blue line looks at what happens to $100,000 between 1982 and 2018, without dividends included, by simply playing the stock market based on the Index.

On this criteria, the history of the advice works out where you sold in May and bought back into the market in November. Being long stocks in November to April and then selling to go swimming between May and October, was a good and rewarding idea.

It seems to be an open and shut case. But wait, there’s more.

Gary looked at what would happen if you just stayed invested and ignored the advice. The red line says it all! 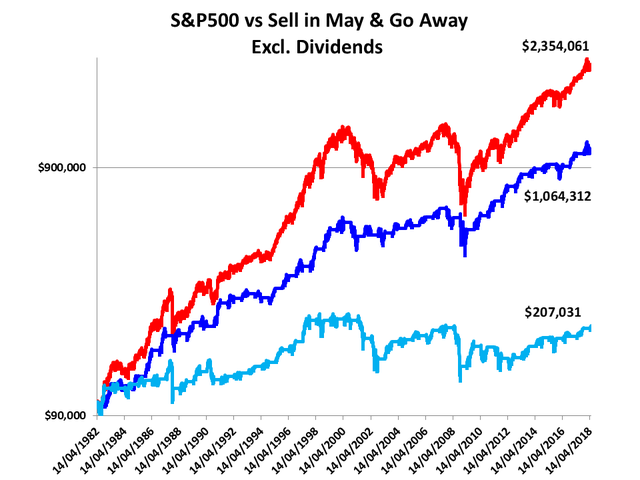 Academic work has regaulrly shown that time in the market works out better than trying to time the market, as you often miss the biggest days of rises that invariably show up without notice. And the very impact of a turnaround of sentiment can lead to huge days for stocks.

Some investors who miss these days then get in the next day, when smarties are taking profit. Or they delay getting in because they think they’ve missed the boat and the market goes on a seven-day run higher because sentiment has totally changed. Our stock market is close to a 10-year high at 6135 on the S&P/ASX 200 Index, so I asked Michael McCarthy what happens if it breaks through 6158? He believes we will run up substantially higher. Earlier this year, I thought we could see the 7000-level but that was before President Trump got tweeting on tariffs!

McCarthy and Stone think we have a good chance of tracking higher over the rest of this year and neither of them were in the business of bagging my big call.

They both seem comfortable supporting stocks for at least two years. In fact, both seemed to believe that not selling and running away for a longer period wouldn’t be a high risk play.