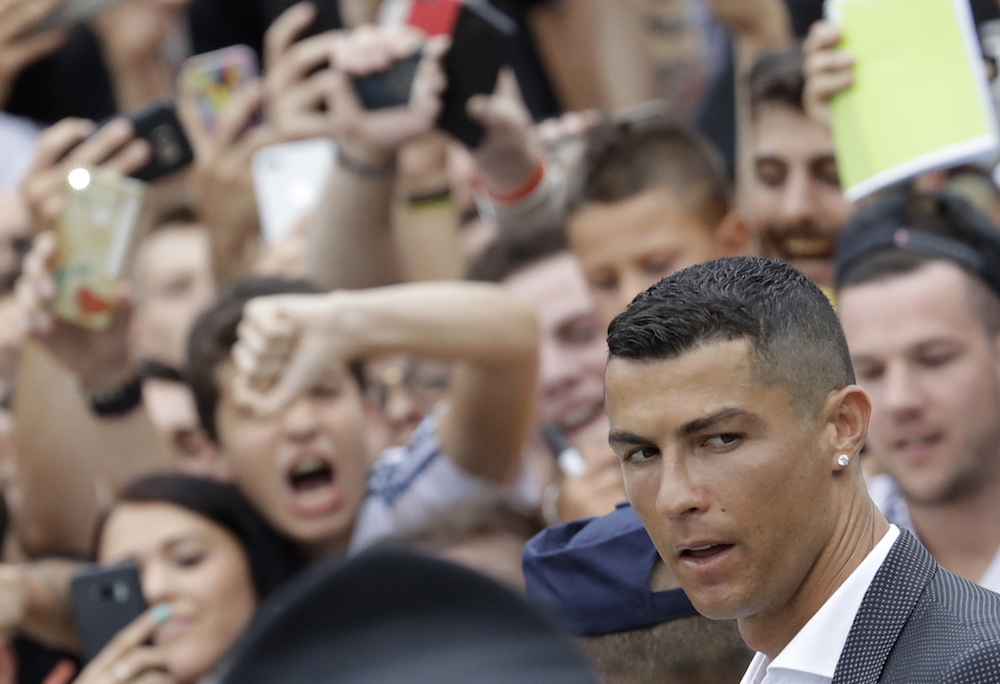 Is your job and super more important than Ronaldo, George Clooney and Meghan?

Forget any media reports on Ronaldo, George Clooney and Beyonce, there are two more important revelations you have to focus on — jobs and super. No wait, don’t keep on scrolling and surfing, give me a chance.

Seriously, there are only two stories a sensible Aussie should be mad keen to read today and that’s the latest on jobs created in Australia and what our super funds are returning. The first speaks to job security. And what employee doesn’t care about that? And the second tells you how your current wealth-building program is going.

Jobs and wealth seem a whole lot more important than a lot of the crap that grabs our eyes and ears every morning, courtesy of our favourite media.

Let’s start with the Jobs Report, which was an absolute ripper! And remember, if it was a shocker, it could’ve been a sneak preview into a national employment nightmare that might have culminated in you losing your job. So start popping the cork on a bottle of champagne tonight after reading my quick summary of this great employment story.

• The participation rate rose from 65.5% to 65.7% – just below record highs. When this measure increases, it’s a good sign for the overall economy.

New South Wales and Queensland were the star performers, but it was good to see that WA saw unemployment fall from 6.3% to 6.1%, and employment was actually positive.

But don’t just believe me, here’s the take on the numbers by CommSec economist, Ryan Felsman: “Leading indicators of employment growth are still positive. In fact, the Bureau of Statistics’ job vacancies gauge rose by 24.1% over the year to May – the strongest annual growth rate in 7½ years. And today SEEK released its latest job ads index, which was up by 8.3% over the year to June.”

If you’re still not excited by all these sensational stats, then think about the opposite. Imagine if 50,900 jobs were lost and unemployment was rising and my headline was: “Recession coming and your job could be on death row!”

Now to good vibes story number two, which says our super funds are absolutely killing it. Check out this table below and use it to compare these median returns of balanced super funds. If your fund doesn’t compare well, then think about making a money-saving and money-making switch.

Your job is to compare your fund’s showing, then have a look at what they’re charging you.

If you’re being charged 1% more than should and the return of your fund is 1% below the best of breed, then you could be down 2% a year for 45 years of work.

Both examples show the beauty of super and the magic of compound interest. But if you’re a super dope who cares more about silly stories on so-called smartphones and you’re in the wrong super fund, it could cost you up to $200,000 or more!

If you want to know the best funds over the long term, super monitor, Chant West has provided this table. 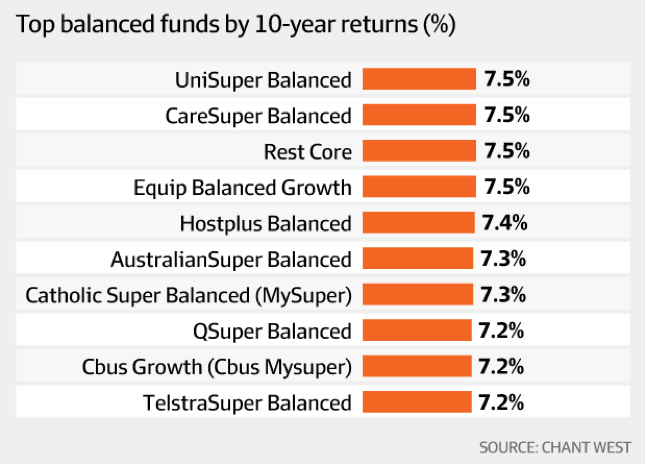 And on a one-year basis, Host Plus was the star, as it often is. It’s interesting to see how many funds do well in the short and long term. The likes of Australian Super, Cbus, Sunsuper, Catholic Super and a few others have stood the test of time and you should use these to compare returns and costs.

And if you’re doubting the reasons why you’d read my stuff and then take actions, remember what the comedian, Sophie Tucker once said: “I’ve been rich. I’ve been poor. Rich is better!” 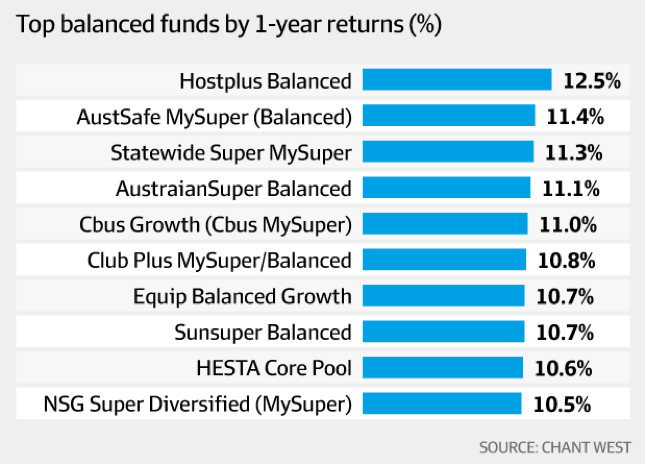 Reading me every day is the daily habit of highly aspirational people!

Gee, I hope I haven’t underwhelmed you.