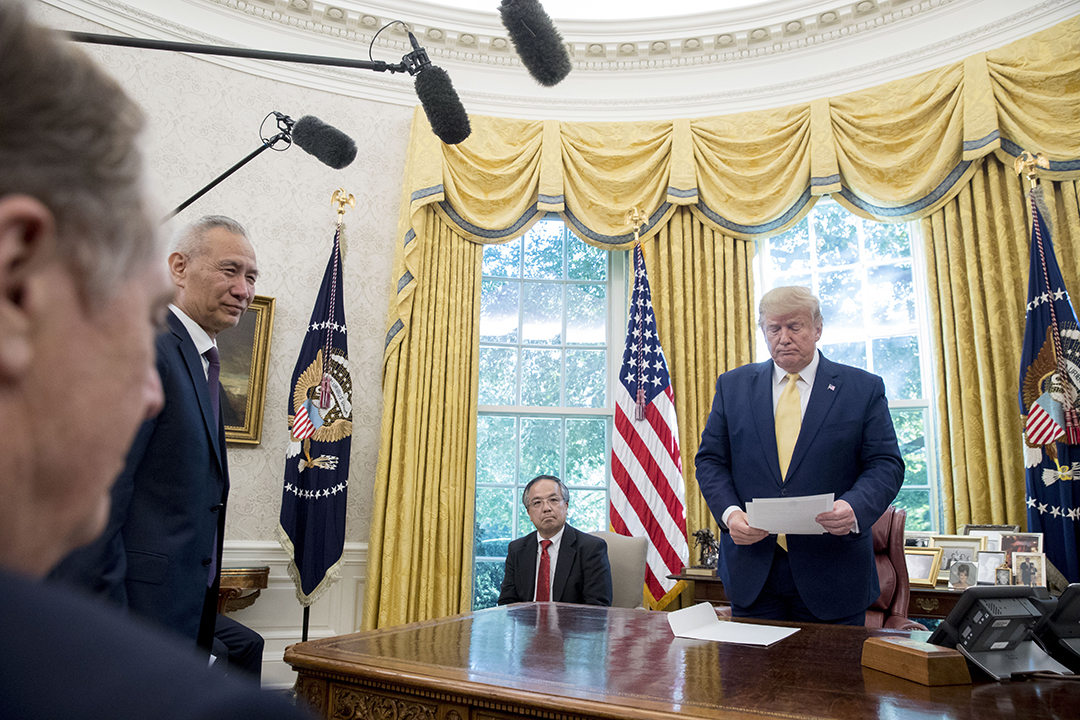 Is this trade deal fake news?

The markets are putting pressure on Donald Trump to prove that Friday’s trade deal wasn’t fake news. If there was a complete belief in the merit of the trade deal phase one, then the Dow Jones Index would’ve finished up over 500 points, rather than the 323 points it eventually registered at the closing bell last week.

Overnight, with a weekend of deal digestion by analysts under their belt, market influencers took the Index down 29 points, which doesn’t represent a total rejection of what’s on the table but it’s not a glowing acceptance either.

Concern over the deal itself was raised when reports emerged that China wanted to talk more before signing off the phase one trade deal. A news story out of Beijing’s state news sources virtually warned the markets not to pop champagne on the deal, despite the US President’s branding the alleged agreement as being “very substantial”.

On my Switzer TV Investing program last night, fund manager Charlie Aitken of Aitken Investment Management, saw the deal as little more than a “soya beans deal”, which he thinks falls way short of what the market wants to see. Charlie’s guarded cynicism is something that President Trump has to deal with in selling this deal and it should pressure him to come up with a phase 2 version before Christmas to make sure the market salutes his achievements over the best time for stocks.

The period of November to April has a history of being great for stocks, while May to October can be disappointing. The politics of a November 2020 election says Trump has to be able to point to the scoreboard to show wins with a trade deal that is good for US businesses and farmers, as well as the stock market with all of its investors/speculators.

And be clear on this, if the trade negotiations fail to raise business confidence and business investment, then people like me will start talking about a looming recession, if not in late 2020, it would be 2021. A comprehensive trade deal can KO recession fears but it has to be more believable than the one knocked up in Washington on Friday.

In case you missed it, the phase one deal means China will buy $40-$50 billion worth of agricultural products and address intellectual property concerns. And on the other side, the US held off further tariff rises, which were scheduled to kick-in this week.

“Investors are having second thoughts about the trade deal,” said Peter Cardillo, chief market economist at Spartan Capital Securities to CNBC. “Even though there was a breakthrough in the talks, nothing was signed.”

The President said he expected the deal to be “papered” within three weeks and a signed deal should be greeted positively by the market. But there’s bound to be an increasing demand from Wall Street for more substantial trade deal agreements before stocks go to the next level.

Be clear on this: this trade deal has to end up being step one in a staircase to economic heaven for a world economy facing the prospect of a global recession. It can’t be lost on the Trump economics team that the US and the world economy are precariously poised. If there’s one false step, stocks will fall and most economies will be forced to entertain zero or negative interest rates, as well as quantitative easing, which is simply central banks throwing money at the economy and keeping their fingers crossed.

The need for a trade deal is underlined by the expectations for US company earnings, which start this week. Experts think the September quarter earnings will be negative 4.6% — and remember it’s earning that underpins share prices.

The Trump trade war is the prime reason for a slowing US economy and you don’t make peanut butter without cracking a few peanuts. But it’s time for the Trump team to start stimulating business investment and economic growth.

If he fails over the next six months with a trade deal, the US economy will fail, stocks will fall and all the President will have to take to the US people is a blame game excuse, where the words “fake news” will be his only defence.

I really hope, for the sake of the global and our economy that this scenario doesn’t play out in the 2020 election campaign!