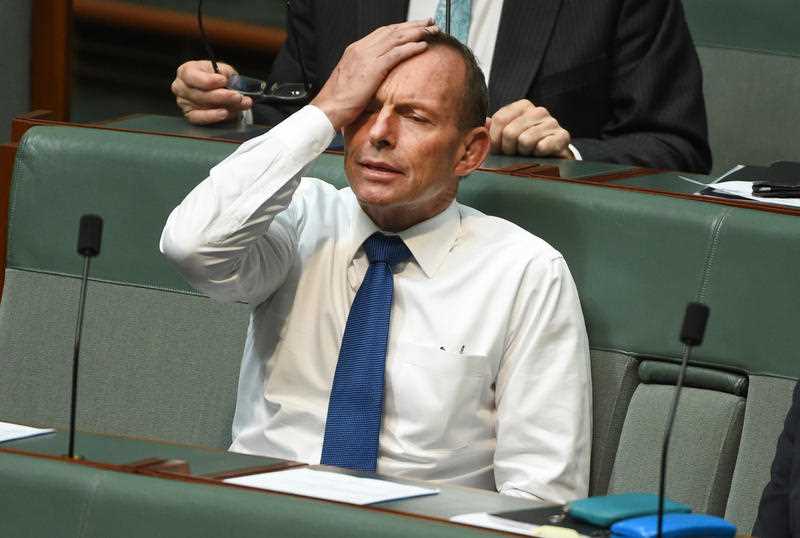 Is this the worst bunch of Aussie politicians ever?

With a hell of a lot of people in the USA and more around the world thinking the US President isn’t up to scratch on the basis of what most expect of politicians, I asked Malcolm Mackerras, arguably Australia’s longest serving political analyst, if he’d ever seen a worse bunch of local politicians. This was last night on my TV show and you can watch the interview here.

After a pregnant pause, he said: “No.” He said more but his quick reaction on his negative view on our current crop of pollies was alarming but I guess was consistent with my gut-feeling view. That’s why I asked the question but, as a card-carrying optimist, I kind of hoped that Malcolm would have found something redeeming about our reps in Canberra.

And it doesn’t mean that there aren’t some good ones there but they’re not shown at their best because of the current leadership on both sides.

Why does an economist/finance commentator/business owner care about this political problem? Well, political leadership has an economic effect and while I think the Oz economy is doing OK, it could be going closer to gangbusters if we’d seen great leadership since the end of the GFC!

I followed up my first provocative (but driven by frustration) question to Mr Mackerras with the often-offered explanation for our poor politicians — can we blame iPhones and the 24/7 news cycle?

He also answered this in the negative and simply put it down to a ‘cream of the crap’ problem. However, he argued that a special type of leader of a Hawke/Howard calibre will eventually emerge.

Bob Hawke was a star as the ACTU leader before entering federal politics and even dominated media gurus like Mike Willesee, who hosted the TV show A Current Affair in those days, on Willesee’s own show! Few did that.

Hawke was lucky that he had a team of extraordinary calibre but he didn’t ruin them. He got the best out of them, despite the egos that hid inside. Names like Keating, Richardson, Button and many more underline just how disappointing the current group of pollies look.

Howard was a grafter who learnt leadership on the job and grew in stature from copping a lot of losses but he always had talent. And that’s why he was the nation’s Treasurer under Malcolm Fraser as a young politician.

He brought on people like Peter Costello, Peter Reith and even got the best out of ones like Alexander Downer!

That said, the story looks like Hawke and Howard could lead a good team but somehow neither of them can be thanked for what they left behind! Of course, other people decide who follows great leaders (the party machines) and this is where a lot of the blame needs to be directed.

Malcolm Mackerras says this is the worst Senate he’s ever seen but we, the voters of Australia, selected them. Are we to blame?

We’re more accessories after the fact. And the fact is that both Labor and Coalition Governments first selected a leader they later sacked as Prime Minister. Labor showed how bad they were as judges by reinstating the old, once rejected leader.

No one was surprised that they lost the next election but many of us were surprised when the Coalition followed the Labor in power script. And there are some dopes even contemplating going through with the end-play of sacking Malcolm Turnbull, though the ‘Tony Abbott as a replacement’ idea is looking less likely.

Meanwhile, the economy does well enough and the S&P/ASX index for the stock market creeps towards the prized 6000 level.

And our market in 2017 has outperformed Wall Street, with ours up 9% against the Yanks at 4%!

Malcolm Mackerras might think our current crop of politicians is the worst but history has shown that dumping disappointments doesn’t deliver enough to justify rattling the economy.

It might be safer to hope that Malcolm Turnbull and his team learn on the job, just as John Howard did!