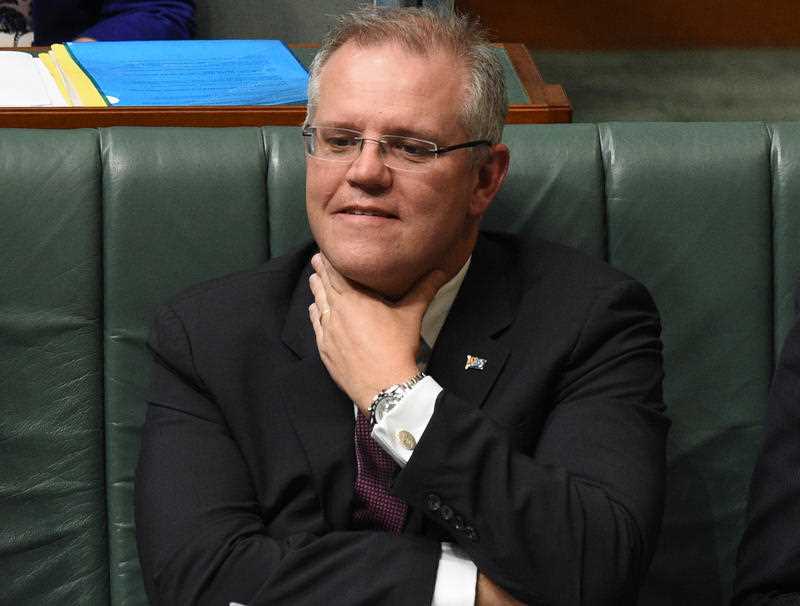 Is this really a disgusting Budget?

Is this really a “disgusting Budget?” That’s how my barista described it to me on the day after Scott Morrison’s first fiscal effort, so I promised Andre that I’d evaluate his assessments.

So let’s start with why a generally well-balanced barista would be disgusted by this Budget.

If he was planning to retire soon and had plans in place, he could be disgusted with the super changes. For the first time ever, I threw the phone lines open on my TV show last night, as I’d received an avalanche of emails about how many of my viewers, readers and listeners have been affected by these proposed super changes.

We had continuous calls and emails in that 15 minutes from viewers concerned about the implications of the Budget on them. I know 2GB and other news-talk stations are disgusted with the ‘retrospectivity’ of the $500,000 lifetime cap on non-concessional contributions to super.

Others are perplexed about the lifetime cap of $1.6 billion on the overall balance transferrable into pension mode. Anyone with more than that amount could be disgusted at the rule change and the potential 15% tax on monies over $1.6 million in their super fund, whose earnings are taxed at the best rate of all — 0%! That could disgust Coalition voters.

The group who really should be disgusted is everyone in super from the youngest to the oldest employee because the concessional caps have been reduced from $30,000 or $35,000, depending on your age, to $25,000 for everyone.

A young person, who arguably wanted to contribute the maximum amount possible for 45 years of their working life, has been robbed of millions because of that Morrison super change but there aren’t many of these super-caring young Aussies out there.

People in their 50s hoping to turbo charge their super by contributing to the maximum — $35,000 — now have been stopped from putting in $100,000 worth of concessional contributions between 50 and 70, which would’ve compounded into a few hundred thousand dollars worth of super.

Anyone on a transition to retirement pension — those over 55 years of age who selected this super option — will pay 15% on earnings rather than the current, best rate of 0%! They genuinely would be disgusted and with good reason, unless they’re saint-like and are happy that their money goes to the Tax Office so politicians can spend their money ‘wisely’.

Older workers, who now can put money into super until 75 without a work test, won’t be disgusted at that change and neither will low income Australians with income up to $37,000, who now can have their tax on their super rebated back to their fund. Low-income spouses can have their higher income spouses more easily put $3000 into their super funds. And a Mum, who takes five years off to bring up a child, can use her $25,000 caps for concessional contributions when she goes back to work to play catch up with her super balance. These people shouldn’t be disgusted.

Backpackers will now all pay 32.5% in income tax from the first dollar earned. And the Government has also increased the working holiday visa fee from $420 to $440, which gives these guys a good reason to be disgusted, though Andre isn’t a backpacker but could have backpacker colleagues as he works in hospitality.

Farmers and the tourism lobby are disgusted, as backpackers do the work that many young Australians would be disgusted at, if the were made to go to Leeton to pick fruit when the temperature gauge hit 40 degrees! I reckon some hoteliers and restaurant owners would be a bit miffed as well, especially if we see a backpacker boycott!

On the other hand, small business owners who are disgusted are hard to please. The extension of the threshold from $2,000 to $10,000 for the immediate tax write-off for asset purchases and the company tax rate cut to 27.5% is all good news. And so is the tax cut for those earning over $80,000, but I reckon Andre is on more than that, so that couldn’t be an issue.

He looks like a caring type so he might worry about those earning less than him. That’s possible.

Generally speaking, there hasn’t been an outcry from the welfare lobbies about this Budget and even Kevin Rudd’s former economic adviser, who bagged most of Morrison’s efforts, thought that the youth employment program was a good’un.

If Andre’s an economist, he could be disgusted at the low economic growth number used by the Treasurer at 2.5%, which even the RBA agrees with me, is likely to be higher than that. The central bank has a range from 2.5% to 3.5%, which looks more likely with the bank’s cash rate cut, which everyone seems to think will be followed up by another later this year.

On the economic disgust front, if Andre is a fan of  media personalities Alan Jones and Andrew Bolt, he could be disgusted at the lack of spending cuts and progress at reducing the deficit as well as the debt but he doesn’t look like he’s that conservative. He’s pretty cool looking, though looks can deceive.

I know this Budget makes my retirement plan harder to hatch and it will cost me more tax but, as an adviser, I will come up with an alternative strategy. And while I’ll pay more tax in my dotage (that could disgust me), I always see threats as an opportunity to try harder, so Scott’s efforts could actually help me grow my wealth. As you all know, I can be pathologically positive!

All Budgets can annoy Australians but I think the people who have the most reason to be disgusted right now are Coalition voters, whose super plans have been rattled by a Government they supported and had high expectations about.

This super disgust could come back to bite Malcolm and Scott, if they don’t campaign well over the next eight weeks. It might be wise that a rethinking on some of these super ideas happens before we cast our votes.