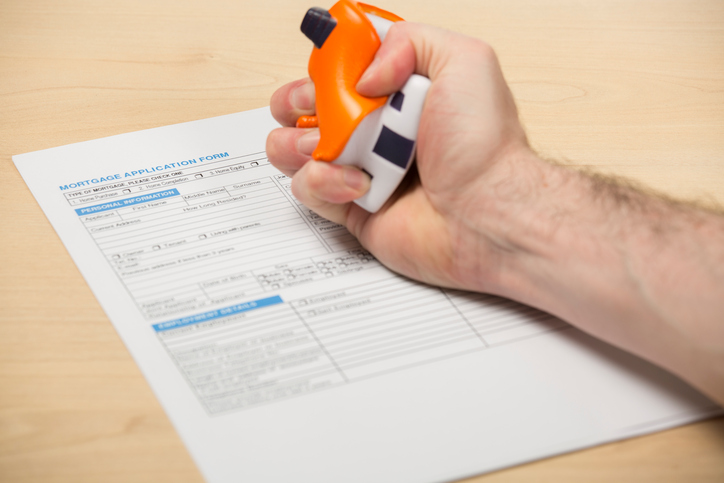 Is there really a housing crisis? And mortgage stress?

Are things really as bad as media headlines tell us? Are we more likely to hear about bad news that often is exaggerated by public relations firms trying to get exposure for their clients, who then become fodder for desperate journalists needing a story every day? Or in the case of a website — nearly every hour?

In recent times, I have tried to work out how severe and how real is something we never talked about when I first started covering business stories for newspapers, radio and TV — mortgage stress.

If I’ve forgotten that we did, it would’ve been when interest rates hit 17% in the late 1980s. In fact, the whole of the 80s was stressful, with so many rate rises. And then along came Paul Keating’s “recession we had to have” and unemployment went over 10%. That’s when you get real mortgage stress.

The problem I have with the term mortgage stress is that interest rates are at historically and hysterically low levels. And while wages rises are really low — under 2% — inflation has been under 2% as well.

So how does someone get mortgage stress?

Certainly, there would be households who have individual reasons for mortgage stress. Job losses, divorces and sicknesses could make up a lot of the 52,000 stressed people a company called Digital Finance Analytics says exists now. Apparently, 32,000 are in severe stress and a lot of these could default inside a year.

Seriously, I’ve never heard of the company before but it doesn’t mean they’re wrong. However, to make such predictions about mortgage stress, you need to know what will happen to:

There are so many moving parts determining big calls about an economic/social condition such as mortgage stress.

Also, how significant is 52,000 mortgage holders?

I tried to find info on how many Aussies have a mortgage but we generally say a third of us have a home loan. Even if I define “us” as the workforce of about 12 million people, then I’d say there are four million home loans and 52,000 of that figure is, wait for it, 1.3%!

I feel sorry for any household that has mortgage worries but this story looks like a beat up for a great, scary headline to make people read about mortgage stress, give a business exposure, help journalists and contribute to click bait.

I get it but it also adds to negativity. It adds to a housing crisis tale that doesn’t help consumer confidence, retail spending, business investment, job creation and Budget repair.

In the Fairfax press today, Simon Pressley of Propertyology (a property expert) told a property conference that he thought housing affordability crisis talk was being exaggerated. And that puts it nicely!

He actually said: “Let’s be honest, the housing affordability ‘crisis’ is Sydney-centric. Sydney has issues, there’s no denying that – but that’s nothing new. It’s been the most expensive city in the country for the last five or six decades.”

He didn’t leave it there.

“The majority of Australia remains affordable to property buyers. Fifty-six per cent of local government areas throughout Australia have median house prices of $400,000 or below.”

Sydney and Melbourne house prices have put people into tough times but those tough times could be because they have decided to pay too much to live in an area where they really wanted to live. However that decision has brought with it day-to-day stress they never anticipated.

They can either hunker down and struggle through, go looking for a second or even a third job, they could really look at their spending objectively or they could even sell their property, pocket the capital gain and wait for the predicted price falls or move into a cheaper locality.

If they’ve paid too much and it was say two years ago, then they might have made at least 20% on their stressful borrowing, given the price rises in Sydney and Melbourne.

I promise you my mortgage life has not been the life of Reilly, especially when we had young kids and interest rates went to 17%. However, having three jobs, then starting an economics coaching school, pitching to the Daily Telegraph to do an HSC education supplement, which turned into a weekly column that then led to my gig at Triple M, which then created our media business and then financial services business, all came out of a bit of adversity and how we responded to it!

If tough times escalate your negativity and you respond badly, then you’re going to have stress for too much of your life. We should not be encouraging negativity and “woe is me” Australians.

It’s time we gave better leadership to younger Aussies, who need to be told to be positive, to have self-belief and never give up on the dream of pursing success for happiness sake.

(On Monday, I’ll give you a guide to beating mortgage or any hip pocket stress — free of charge!)