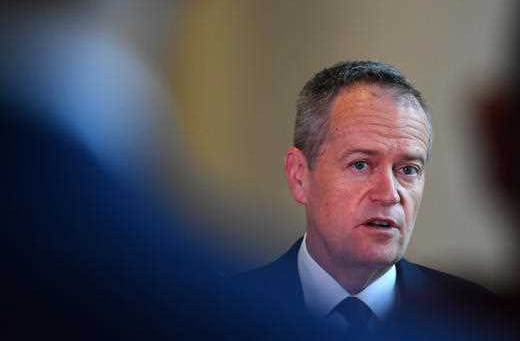 Is there a 'Kill Bill' contract out on Shorten or is he self destructing?

Anyone who doesn’t like Bill Shorten probably doesn’t know him or might have copped a political knife in their back from him on their way up. As George Bernard Shaw put it: “The reasonable man adapts himself to the world: the unreasonable one persists in trying to adapt the world to himself.

Therefore all progress depends on the unreasonable man.” (George wrote this before political correctness and fairness, so let me throw in the point that unreasonable women have contributed a lot to progress too!)

Very few high achievers didn’t have some ‘blood’ on their hands on the way up the success poll.

And despite some pleasant personal experiences with Bill, his recent performances remind me how hard it is to be a popular leader of this country. And I suspect the task has become harder given the latest Ipsos poll in the Fairfax press today.

Even when the Prime Minister’s performance still leaves a lot to be desired, with his power pricing responses showing what’s wrong with him and most politicians, Bill remains unpopular.

On power prices, Mr Turnbull told power suppliers to notify customers that their discount rates were about to end and this would help "cut a better deal for Australian families.”

He actually said he knew millions of Australian families were paying more than they needed to for their electricity but his solution was so passive and uncommitted, which is why so many Australians are underwhelmed with him and the past three Prime Ministers before him.

Australians are screaming out for a “no guts, no glory” PM but he or she has to be inclusive rather than divisive.

Since the GFC, life is tougher for many groups in the country, with wage earners not getting good pay rises, savers copping terrible interest rates, power prices seemingly making personal inflation rates seem higher than national price level rises and young people can’t believe the prices they have to pay for a home.

God knows that there is good stuff out there  (I write about it all the time) but I’m not naïve enough to ignore that a lot of Aussies aren’t feeling the joy of low interest rates, rising values for their properties, good-growing super balances and so on.

And by the way, a lot of the complainers might concentrate on the negatives and ignore the positives. For example, many of the young, who can’t buy properties as easily as generations before, are set to have big super balances when they retire via Paul Keating’s compulsory super.

Lots of the real estate rich oldies of today have so little super that they live on a pension of $603 a fortnight!

So with all this context in mind, it’s intriguing to see that while Labor is popular in the Ipsos poll — 53% to 47% — Bill’s reputation with voters stinks!

And when it comes to the preferred Prime Minister poll, Malcolm rose 1 point to 48% while Bill slipped 4 points to 31%.

In the old days, a leader with so little going for him with the public would have been killed off and replaced. However Kevin Rudd made sure that wouldn’t happen easily within the Labor Party when he became PM again.

Under current rules, a leader is elected by an equally weighted ballot of caucus and party members but it’s thought that if really pushed, Labor’s caucus could bring on a leadership coup.

And I guess if Bill’s popularity looks terminal, both the caucus of MPs and party members would opt for a change but this is much harder to pull off than those coups organised to kill off Kevin Rudd and Julia Gillard, which Bill played a big role in!

Right now, one of our economic problems is uninspiring leadership from the PM and his opposite number, and recent reports say that the Government has not only been working on Malcolm to make him look more convincing, they’ve taken out a “kill Bill” contract to ensure his popularity never comes back to life! It looks like it’s working.

As you can see, personally I like both leaders but Bill’s economic policies are becoming increasingly left-wing, anti-small business and he’s pursuing tribalism-like policies, which might win votes but won’t help business confidence, investment, economic growth and job creation.

On that front, I’d prefer Chris Bowen as the Labor leader because he understands how the economy works (like Keating and Hawke did) but right now he is loyally doing his leader’s bidding. Of course, if Bill cops it, Anthony Albanese would be favourite to take over and he has been looking more sellable to the voter lately.

This week we get the latest NAB reading on business conditions and confidence and this has been a great story for the economy over the past six months. It predated our recent big burst of job creation and the very recent improvement in the plans for businesses to invest. Also the latest construction figures were at record highs.

The next step should be gradually rising wages, which we should see next year if the economy keeps improving, which economists are predicting.

I think the economy could breathe life into Malcolm Turnbull’s pretty average performance as well as the Government’s standing and if the economy improves as the RBA, Treasury and I expect, this might be the bullet that takes Bill out.

Of course, I don’t want to see Bill killed personally, remember I like him, but he needs to change some of his anti-business policies.

For the sake of success, I can’t be reasonable and so I’d rather see Bill taken out to ensure our economy isn’t dead and buried!