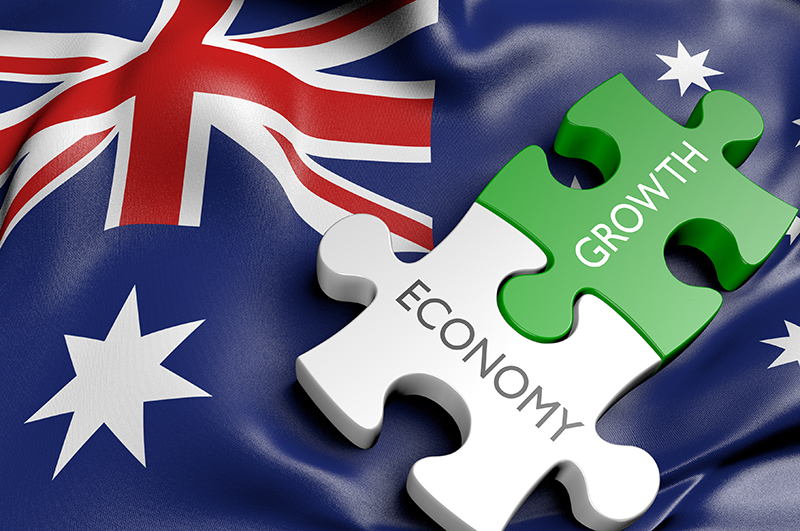 Is the stock market ignoring a damn good economy?

In case you missed it, the Oz economy has had a pretty good week when it comes to data that tells us how we’re doing growth-wise. Therefore the big question is: why is the stock market ignoring our rude economic health?

Let me recap on what the data show-and-tell has told us this week. Here goes:

• The monthly Westpac/Melbourne Institute survey of consumer sentiment index rose by 2.8% to a reading of 104.3 in November. The sentiment index is above its long-term average of 101.5 and any number above 100 says optimistic consumers outnumber pessimistic ones.

• The NAB business conditions reading, which tells us how businesses are feeling right now about how well their business is going, eased from +14 points to +12 points in October but the long-term average number is only 6! This is a very positive reading of how business is thinking about the economy as it affects them now.

• The NAB business confidence was the only bummer. It fell from +6 points to +4 points in October. The long-term average is +5.8 points.

• This one surprised me with the housing sector under price pressure. Total new lending commitments (housing, personal, commercial and lease finance) rose by 3.6% in September to a 10-month high of $71.8 billion. Lending is up 6.9% on the year, which suggests that the negativity on houses might be a tad overdone, thought this is a September figure and we’re now in November.

• According to the Australian Institute of Petroleum, the national average price of unleaded petrol fell by 6.7 cents a litre last week to 149.4 cents a litre.  This is the biggest weekly fall since the week ended 30 November 2008!

• The average credit card balance rose by $3.23 to $3,221.05 in September, up from $3,217.82 in August. And while spending too much on the fantastic plastic might worry responsible types, it’s a good sign for the economy.

Working against this good economic news is the hangover of the Trump-China trade war, which 35% of fund managers in a Bank of America survey said was their chief concern. This took prominence over fears about US interest rates rising too quickly and the falling oil price, which might be saying the world economy is not as strong as we expected six months ago when stock prices were higher.

On the local front, there’s the black cloud of what the Hayne Royal Commission will recommend to change the behaviour of our financial institutions. And then there’s the Government’s response, pre-election, which will have to be hard to impress voters. And there’s Bill Shorten’s promised response, which is bound to be more aggressive.

Our banks are a big part of our stock market and when they get out of the woods, I suspect our stock market will also. My only fear is that we’ll have to wait until after February to find out what the political parties want to do to change our banking, insurance, mortgage broking and other financial services.

The best time for a stock market is December to February, which means the most likely way we’ll get a stock market turnaround will be via a Trump deal with China. I’d like to say that I’m absolutely sure that Donald will do that to help create a Santa Claus rally, which we’d participate in, but, if I said that, you’d know I was lying. Mr Trump is the most unreadable politician ever!

My prime hope is that this current economic story can be sustained until we know what’s going to happen to our banks, regulation-wise. And if that happens, the stock market might actually start to reflect an economy that the Reserve Bank says is growing at a strong 3.75% this year (and next).