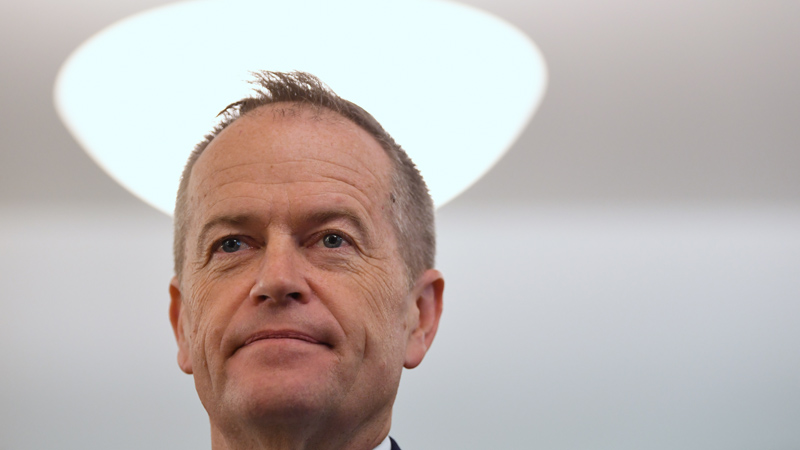 I know this will urk my more conservative mates but I quite like Bill Shorten. However, he needs to change his rhetoric and politics of envy speeches. I had to listen to his Budget reply speech on Thursday night and couldn’t help but notice his attempt to bond working class Aussies with their middle class mates to hate Malcolm Turnbull and his merry band of big end of town political and business mates.

Bill has a tone that seeks to divide Australians, which is something I don’t recall Bob Hawke, Paul Keating and John Howard doing. Sure, on some issues, the two Labor luminaries would throw the switch to defenders of workers but they generally pitched to all Australians, which explains their acceptability and longevity at the top.

Bill played the divisive game with the Super Saver proposal, effectively snarling that only kids of wealthy parents would be able to build up $15,000 a year to a maximum of $30,000, thanks to their “rich parents.”

I’m a little confused who Labor thinks are rich because if you earn more than $87,000, you’ll have to pay the 0.5% rise in the Medicare levy, if Bill is ever PM.

And while it’s great that he says a Labor Government will go long on education to make Australia great again (my words but he did kind of invoke the imagery Donald Trump went long on in the USA ahead of last year’s election), it felt like he was ignoring the role of entrepreneurs in Australia’s great economic history and many of them didn’t go to university or complete their degrees.

Our national leaders need to not only praise the value of education, they also need to encourage entrepreneurship. Remember I lectured economics at the University of New South Wales before diving into the media and financial services, and a lot of my media activities were based on writing about, interviewing and analysing some of the great business builders from here and abroad.

Undoubtedly, they were smart enough to get one but they were also smart enough to make a fortune and build enduring businesses that have employed and trained millions of people and have helped underpin the GDP of economies that ultimately delivered pretty good lives for those who inhabited these countries.

Most leaders see education as indispensable and they invariably send out the right messages to our young about its importance. However it’s time all leaders ramped up their respect and their public recognition of entrepreneurs.

These people are the employers, the trainers, the big taxpayers and the exporters that help us offset our dependency on imports. If you don’t believe me, look at where our cars come from and then understand that we’re currently running a trade surplus! For that, you can thank a lot courageous Aussies, who went looking for minerals and others who believed we could sell education to foreign students like Rod Jones, the CEO of Navitas and Peter Farrell, the founder of ResMed, which sells devices that treat sleep apnea to the world!

And these high achievers and champion Australians — well worthy of the accolades we save up for our sporting heroes — have often been self-made, bloody gutsy damn doers.

In fact, the stats show that a hell of a lot of rich people today have not inherited it but have actually built it up.

A US study reported by Business Insider in April 2015 cited work by All Finance Tax that looked at the richest people in the world. This is what was concluded:

•   Eight out of the 10 richest billionaires in the world are American.

•   Two of those top 10 are women, and in 2015 there were a record number of female billionaires worldwide.

But I liked this observation most of all: “Most interestingly, the majority of billionaires — think Bill Gates, Warren Buffett, and Larry Ellison, to start — are self-made, while a minority inherited the whole of their wealth,” the report found.

Of course, in the world of the politics of envy, other groups try to play down the role of the entrepreneur, saying many simply started out with a wealthy parent advantage. Others actually cite the ‘advantage’ of parents dying early that gave these business builders more inherited money opportunities to be successful.

Only someone like a left-wing academic, who has never risked anything to build a business, could even contemplate such one-eyed rubbish!

Let’s look at some of these studies that try to lower the boom on many of these outstanding entrepreneurs.

CNBC looked at the left-leaning United for a Fair Economy, which reckons 40% of the Forbes 400 richest Americans inherited a “sizeable asset from a spouse or family member.”

Forbes says 30% were born lucky but who cares when it’s either 60% or 70% of these business high achievers who’ve done it with something other than a money advantage!

This report says 22% of the list “were born on first base, meaning that they came from a comfortable but not rich background and might have received some start-up capital from a family member.”

This kind of pathetic analysis of success totally ignores the true ingredient needed to be outstanding in business or to build an exceptional business.

The greats of business are just as committed to success as our great sportsmen and women. They have a goal and get up every morning and do stuff to make it happen. They beat hurdles such as a lack of money by working three jobs, borrowing on 10 credit cards, taking out scary overdrafts, selling their house, giving away equity or asking friends or family members for help.

Bill Shorten and Malcolm Turnbull need to talk to us more about how we make more of these kinds of people. And given the PM’s reasonably low wealth upbringing and his entrepreneurial achievements, it should be an easy job to pull off for him.

MarketWatch.com looked at what Raul Amoros on HowMuch.net found and it was something Bill should keep in mind. Some “52% of the wealthiest people from each nation were born with a silver spoon. The rest had to create their own vast sums.”

And furthermore, “the self-made riches tend to have more, with an average wealth that’s 58% greater than those who inherited their money!”

But I loved this fact: “Three of the richest men in the world — Bill Gates, Spain’s Amancio Ortega and Mexico’s Carlos Slim — all fall on the “self-made” side and are far wealthier than the biggest beneficiary of family riches — L’Oréal heiress Liliane Bettencourt of France.

The Economist website looked at the origins of wealth for entrepreneurs and this what it concluded:

“History, as well as fiction, suggests that being born to inherited wealth is not normally a spur to greater effort; instead, life is devoted to social display or indolence!”

Bill, you’re absolutely right to go long education and promise it for all. But I’d be careful in denigrating the wealthy, many of whom are entrepreneurs who’ve come from nothing and have not only built something substantial but have employed, trained and given opportunities to millions of Australians.

It might look like a political game plan that might work but I reckon Australia is in the market for a very special leader, who doesn't want to divide and rule but instead brings us together in a spirit of reconciliation.

I think the last leader to talk about bringing all Australia together in a “spirit of reconciliation” was Bob Hawke and I think Bill there’s a lesson here for you and anyone else who wants to successfully lead us for a long time.