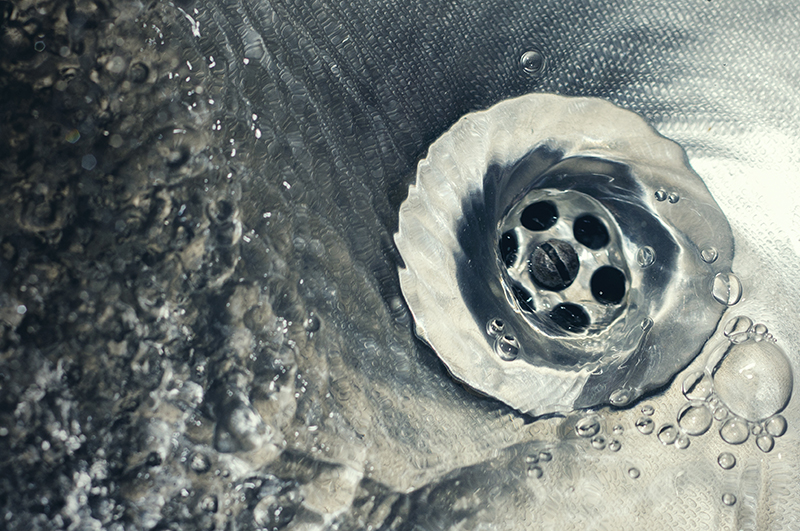 Is our economy going down the gurgler or set to bubble higher?

One of the great reasons why I’m not in the Armageddon camp for house prices (though I still expect a fall in Sydney and Melbourne of something like 15-20% as a worst case scenario) is because our economy has looked so strong. I just can’t believe Aussies won’t show up to auctions when prices have fallen say 10-15% when unemployment is falling, interest rates are low and the economy is rocking along at 3% plus growth rates, as predicted by the Reserve Bank, the IMF and economists like Deloitte’s Chris Richardson as well as others.

But then I had a “oh no” moment when economic growth came in at 0.3% in the September quarter, bringing the growth rate down to 2.8% from 3.1%. Doomsday merchants loved the development while people like me pondered whether the December quarter, which we’re in now, would be a bounce-back three-month period or point to a slowdown trend.

Well, as most of December is over, let’s see what the economy is telling us. Get ready for a list of good and bad developments, so here goes:

• There looks like a global slowdown going on and that’s why Wall Street keeps selling off. And it’s on top of the Trump trade war silliness, that’s not helping the world economic outlook.

• Retail trade rose by 0.3% in October after a 0.1% lift in September and annual spending growth was steady at 3.6% in October. That was the best jump in five months. And over the year to October, trend growth of spending in Victoria lifted to four-year highs of 6.1%.

• The net services surplus on balance of trade hit a 15-year high of $145 million in October. Net tourism-related receipts hit record highs in the month.

• Both Australia's exports to China and Australia’s imports from China were at record highs in the year to October.

• The AiG Performance of Services Index (PSI) rose for a 21st month in a row the longest run since 2008.

• After not changing the official cash rate, during the week the RBA  said the economy was “performing well.”

• Company operating profits rose by 1.9% in the September quarter to stand 13.5% up on the year. These are at record highs.

• Approvals to build new homes fell 1.5% in October but private house approvals rose by 2.7% and home building is the best in around a decade in Hobart.

• The weekly ANZ-Roy Morgan consumer confidence rating rose by 0.8% to 119.5 to remain firmly above the longer term average of 113.

• The broadest measure of the trade accounts – the current account – improved in the September quarter (smaller deficit), with the deficit narrowing from $12.1 billion to $10.7 billion.

• Private sector credit (effectively outstanding loans) rose by 0.4% in October after a 0.4% rise in September, with annual credit growth unchanged at 4.6%. This surprised me and led to CommSec’s Craig James headlining the numbers with “No Credit Crunch!”

• There was a small fall in business investment over the September quarter but there was an 11.3% upgrade in investment between the third and fourth estimates and this was the strongest upgrade in 19 years!

• Construction work done fell by 2.8% in the September quarter – only the second decline in the past two years. However, in the year to September, construction work done was at record highs in NSW, Victoria and South Australia. (Notice how even with bad news there is often a positive silver lining aspect to it?)

• The Internet Vacancy Index fell by 0.5% in October – its seventh consecutive monthly decline. But the index is 0.6% higher than a year ago and 28.3% above its 2013 low. (That’s a bit of slowness worth watching but it is coming off a high base.)

•  China’s annual economic (GDP) growth rate decelerated to 9½-year lows of 6.5% in the September quarter but the leadership plans to add stimulus and explains why Xi Jinping had a happy dining experience with Donald Trump in Argentina over the weekend.

• The CBA/Markit ‘final’ manufacturing purchasing managers’ index rose from 54.3 to 54.5 in October but the Australian Industry Group (AiGroup) Performance of Manufacturing Index fell from 59 points to 58.3 in October. The sector has been expanding – an index above 50 points – for the longest period since 2005! (Small fall but still strong is the call on manufacturing.)

• The CoreLogic Home Value Index of capital city home prices fell by 0.6% in October to stand 4.6% lower over the year. The national home price index fell by 0.5% in the month to be down 3.5% over the year – the weakest annual growth rate since February 2012 but it’s not disastrous. As you can see, the fall in prices isn’t big at this point in time.

As you can see, most of the economic data still looks promising. I love this calculation from Craig James, who says we’ve actually had an interest rate cut!”

Meanwhile, this was James’ general take on the economy: “Leading indicators such as job advertisements, skilled job vacancies and the NAB business survey point to further job gains and further tightening of the job market. Wage growth is lifting, but price inflation is still contained. But the process of “normalisation” of wages, prices and interest rates remains gradual, suggesting that interest rate settings will remain unchanged over at least the next 3-6 months.”

And here’s one last take on the disappointing GDP growth number of 0.3% rather than the 0.6% expected by economists. Have a look at the recent run of growth numbers and check out the result for the previous September. 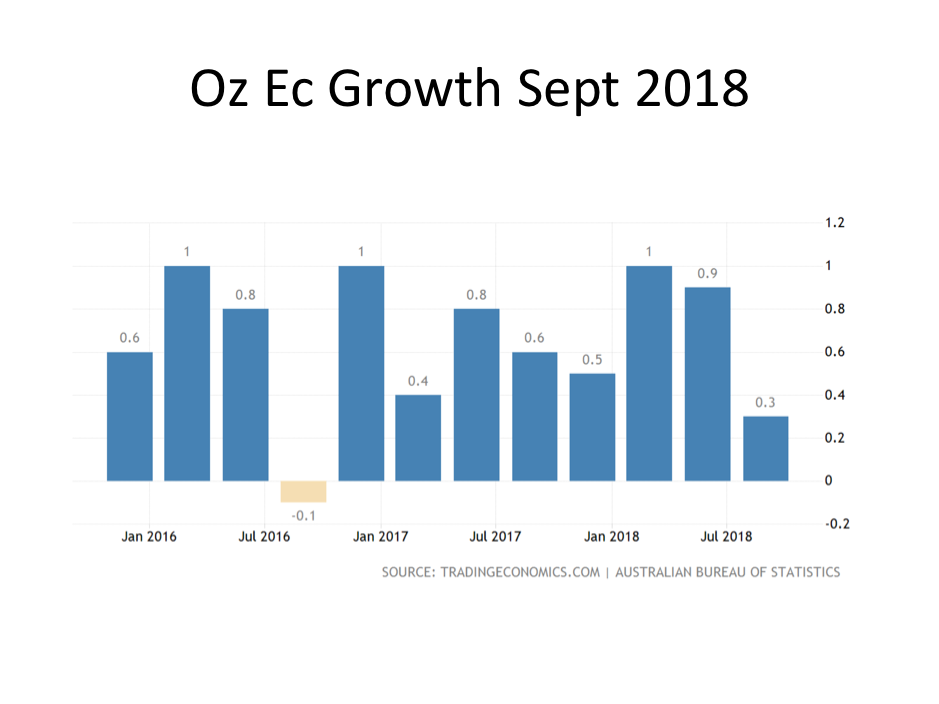 After a negative 0.1% result in the December quarter, the economy roared back up 1%, so you can’t overreact to one quarter and especially so when the run of economic data looks as promising as the list I’ve provided above.

On the economy, like Maggie Thatcher, I’m happy to say, this guy “is not for turning.”

The glass is more than half-full — it’s not that far from the top — but I wish Donald Trump would start playing a smarter game that could ensure world growth doesn’t go to you know what.