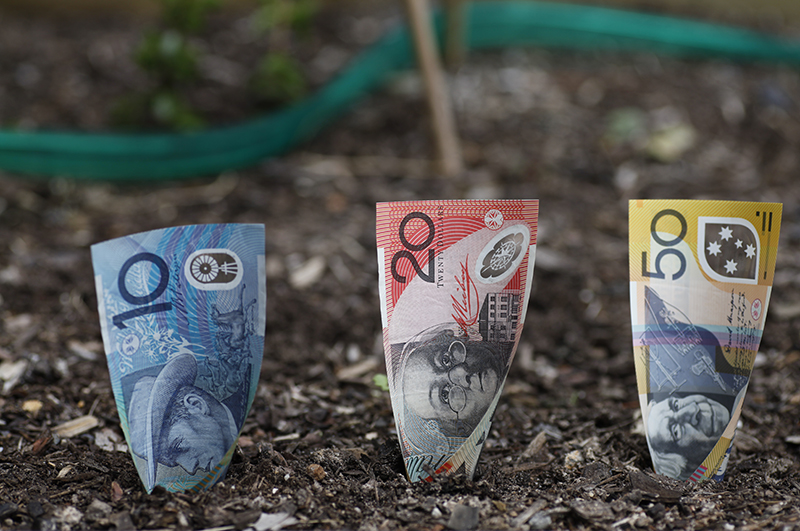 Is our economy facing good growth or recession?

This is a tale of two economies — one that looks pretty damn good and one that looks a little worrying — but that’s not unusual because an economy seldom is great all over. Remember in 2011 when Treasurer Wayne Swan talked about a “patchwork quilt” economy? That’s because WA was living on the hog with the mining boom while New South Wales was close to being in a recession!

People in Perth saw house prices rising over 20% for a couple of years in a row and the citizens of WA’s capital were so happy they had to eat a lemon each morning to wipe the smile off their faces! And things were so pumped that even the State Treasurer was someone called Eric RIPPER!

A few years on, NSW becomes the fast-growth state and a five-year housing boom wacks 85% on to house prices and unemployment is 4.7% against a national number of 5.3%. Right now, the ‘golden west’ is making a comeback after three years of mining boom collapse fallout and I bet this time next year the state’s economic indicators and house prices will all be screaming that the West is the place to be. Same goes for the North, where a low dollar, tourism and education businesses and an improving mining sector will collectively paint a pretty economic picture.

All the above seemed relevant to me as I looked at the latest NAB Business Survey numbers out on Tuesday. What we saw again was a tale of two economies. On one hand, business confidence has fallen, undoubtedly not helped by the demise of Malcolm Turnbull as PM and the likelihood that the Government’s continuance of the revolving Prime Minister syndrome, which has persisted since John Howard lost the 2007 election, means Bill Shorten is the most likely leader of the country some time in 2019.

Whether you like Bill or not, he hasn’t portrayed himself as a friend of business, give his anti-tax cut stance for the corporate sector and he’s no buddy of the investor and self-funded retiree, who invests and uses tax refund credits to stay off the pension.

The NAB business confidence index fell from 7 points in July to a 25-month low of  4.4 points in August, while the long-term average is 6 points and I reckon the knifing of Malcolm and the threat of a Trump-inspired trade war has unsettled the future confidence views of business. However, the ‘here and now’ story is very different.

The NAB also looks at business conditions, which tell us a tale of what businesses are experiencing right now. And here the reading was unbelievably positive! The NAB business conditions index rose from +12.6 points in July to a 4-month high of +15.2 points in August, while the long-term average is +5.7 points!

And CommSec’s Craig James says the positivity of business doesn’t end there. “The rolling annual average business conditions index was broadly unchanged at +17.1 points, down from the record high of +17.3 points in June,” he revealed. Even better still the survey’s look at employment expectations was hugely positive and would make it hard for someone to be negative on the outlook for the overall economy.

The numbers say the current 5.3% unemployment rate is set to fall further, which means the labour market is tightening and the next big news story will be that wages are starting to creep up. When that happens, all the doubting Thomas’s and Thomasina’s will stop being unnecessarily negative on the Oz economy. If this happens, Scotty and his new team in Canberra might start winning some fans in The Australian’s Newspoll.

The bad confidence reading is understandable but the positive readings for conditions and potential job creation tell me our economy is becoming more normal and stronger.

The job ahead for Scott Morrison is to do what his old boss could not do — turn his personal popularity, which Newspoll says is higher than Bill Shorten’s — into popularity for the Government as a whole. This will rely on his efforts, which look promising now but he needs his team to start following and supporting rather than grandstanding for their own private ambitions.

I believe we’re on the cusp of a pretty impressive economic expansion, despite housing going off the boil. A lower dollar plus a infrastructure boom helping job creation with low interest rates is a good mix for an economy needing to grow at 3% or more.

In the March quarter we grew at 3% and then in the three months to June we expanded at a 3.4% rate, which shocked the expert economists who were doubting the strength of the economy. If we can put out another 3% growth story in this quarter, it will be a big effort. It might be hard to grow as fast, given some of the negative readings lately on the housing and lending sectors, but you underestimate the Oz economy at your forecasting peril, as a few of my buddy economists have found out recently.