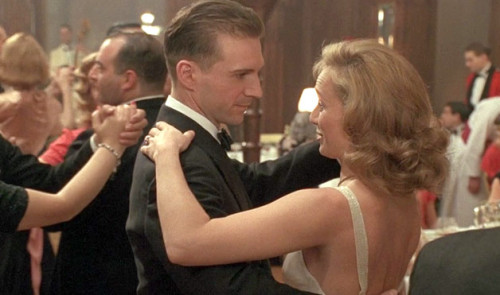 Is our economic recovery like that movie The English Patient ' long and boring?

Is our economic recovery, like The English Patient, long and boring? And you can throw the stock market recovery into the same class, as I think they’re related. The related question is: should we complain about it?

Interestingly, the Government and the Prime Minister got a popularity bounce out of the Newspoll out today. In the better PM stakes, Malcolm Turnbull is up 8% to 46%, while Bill Shorten is down 3% to 32%. But on the two party preferred basis, Labor still leads 51%.

The economics of a tax cut in last Tuesday’s Budget has made the future lives of people earning around $90,000 a little more exciting, or less boring.

The expert number crunchers say some Aussies will be $665 better off because of Scott Morrison’s pre-election offerings, so it looks like money can work wonders on the boredom that has characterized our economy and stock market in recent years.

Right now, the economy is not producing pay rises that can excite consumers so consumption is not stimulating enough growth to beat the 3% growth rate that invariably creates a vibrant economic environment.

Interestingly, we have seen some characteristics of an exciting economy, with house prices booming in Sydney, Melbourne and Hobart. And last year we saw 431,000 jobs created after years of lackluster employment numbers. But wage rises remain an indictable failing, along with a buoyant stock market, which really has struggled since the GFC.

In case you missed it, we haven’t passed the old high of the stock market prior to the GFC market crash, which was around 6800 on the S&P/ASX 200 Index. The Yanks peaked around 1526 in 2007 but they’re now at 2272. The gain since the stock market rebounded there after the GFC has been around 184%! That’s an exciting stock market!

In comparison, our market has rebounded only about 82% (capital gain wise). That’s a boring stock market!

So why are we so boring? (In the movie The English Patient, which actually became the theme for a Seinfeld TV episode, one of the key characters, Elaine, walked out of a theatre showing the movie, screaming out, “It’s too long! I hate it!”)

So where has the excitement gone and why has it gone? The Financial Times’ John Authers thinks that even in the USA, they’re “fed up with capitalism.” He says CEOs caring about bottom lines, cost cutting and the like has meant that the free enterprise economy is losing fans.

He contrasts the great US reporting season (where earnings of the S&P 500 companies spiked 26% — that’s an exciting surge!) with the slow growth of wages at a paltry 2.6% on an average hourly rate basis.

US social surveys of young people show that the word “capitalism” is becoming despised and socialism has a nicer ring!

This was the revelation of pollster Frank Luntz, at the Milken Institute's global conference in Los Angeles recently. Companies making terrific profits but not sharing them with workers is creating anti-capitalists, which must make Bill Shorten happy, as he pieces his anti-big end of town policies for the next election.

The next election is going to be an interesting litmus test of how bored we are with the The English Patient economy, which drags on too long, without exciting bits like higher wages for employees, higher interest rates for savers and better stock prices for investors as well as retirees, who now have to link their day-to-day lifestyle to the share market!

The irony of lower wages is that it’s not just linked to greedy CEOs and business owners. The consumer worldwide has fallen in love with the Internet. They can buy stuff overseas so their market has broadened. The workers and the wages of India, China, Vietnam and so on are now competing with the workers and wages of developed economies.

Globalisation via the Internet means bookkeepers in Sydney compete with bookkeepers in India or The Phillipines. This is slowing up wage rises. Meanwhile, the likes of Amazon, which consumers love, makes it harder for Harvey Norman and JB Hi-Fi to offer big pay rises.

Similarly, as Airbnb takes customers away from hotels, these hospitality businesses see their profits fall, especially when comparison websites such as Trivago help drive room rates down.

It’s an exciting world for the consumer and third world employees but boring and even threatening for 1st world workers.

Capitalism gets the blame but we consumers are accessories before the fact. Our desire for low-priced stuff is creating slow wages growth. That’s why Scott Morrison had to come at tax cuts in the Budget as a peace offering before the next election.

One final point about our slow, boring economic recovery: — at least it delays the inevitable crash and recession. This has been a long recovery, starting in 2009. It has kept interest rates low. A quick recovery with exciting stock prices movements up and good wages growth brings faster growing interest rates, which then breeds market crashes and recessions.

And for those who have never lived through a recession, think The English Patient times three!