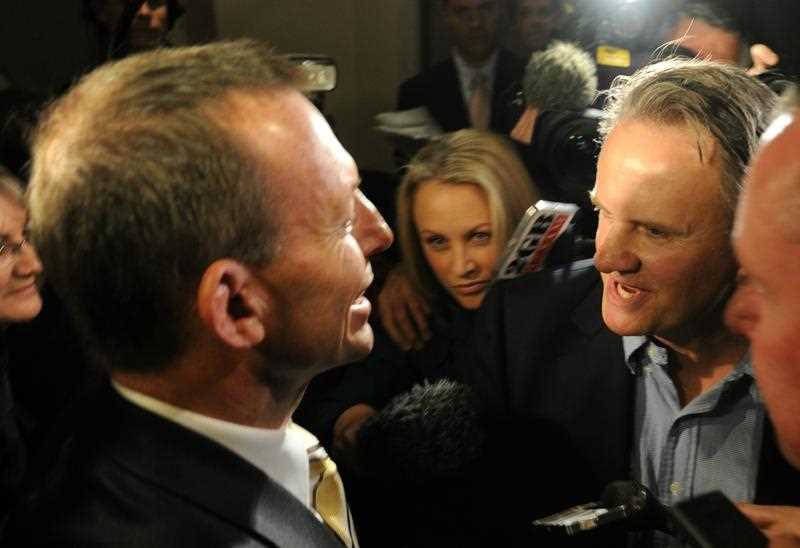 Is Mark Latham a treasure or should he be buried?

After reading the tripe Mark Latham wrote in the AFR over the weekend, I won’t pose my opening question, which was to be: “Is Mark Latham a treasure or should he be buried?”

I was staggered at his assessment of small business. In case you missed it, let me share some of Latham’s views that explain why he was toted as a PM-to-be that never happened.

Before I give him the bollocking he deserves, let me say I’ve always seen him as someone deserving of respect for his thinking on economic and political matters. Although I often don’t agree with him, his thoughts are worthy of debate. He’s been on my TV show once and I interviewed him on my old Qantas Talking Business program. As a young, up-and-coming politician, he had promise.

However, as we learnt over time, he has a loose cannon aspect to him — remember his John Howard handshake and his ambushing of Julia Gillard — bordering on the bully.

He recently gave David Koch and Jeff Kennett a bollocking on Sunrise after the Budget, teasing both of his thought rivals for not having an economics degree. Well, I have one (or two!) and taught economics at the University of New South Wales for over 10 years and served as lecturer-in-charge of Applied Macroeconomics.

I also started a publishing business with my wife Maureen in a spare bedroom in our home. Nowadays we’re in the CBD of Sydney, employing close to 50 staff, with some based overseas. We earn export income, train workers and help a lot of Aussies pay off their houses and aspire to something better in life. I think we also manufacture happiness for our staff and customers, or we try to.

What Latham wrote is pathetic , showing some pathological hate for small business and the people who run them! He really needs help.

He complains that the “cult of small business” is a paradox and “in no other section of society do we praise smallness, let alone construct religious-like shrines where we are expected to worship the glory of teeny-weeny-sized enterprises.”

He goes on, arguing that “self-evidently, if the businesses were any good they wouldn’t be small.” He says: “they would be monstrous things with massive levels of profit, employment and economic grunt.”

As you can see, his analysis looks like it was sprayed after a bottle of red. And his next sentence might prove it, as he compared his desired big, successful companies with small operators — “a pack of blank-faced losers serving up kebabs and pizza slices in greasy food halls and shopping malls.”

Yes, he actually wrote this and the AFR’s editor Michael Stutchbury (a mate of mine and a guy who, at The Australian decades ago, made me the small business editor, backing the positive angle I brought to reporting on the sector), let it loose on the public!

Latham claims we have over-deified small businesses and wonders why we do this when “every day 40 small businesses go broke, usually due to poor management and even worse, customer service.”

The reality is that the above number is misinterpreted by bush economists. A lot of people simply leave small business because it’s too hard and being an employee (with four weeks holiday, sick leave and the rest) is just a lot more comfortable and secure.

Latham states that “as a society, on every front, big beautiful.”

Well, let’s test his spurious proposition. Many of our soccer players are small. All of our jockeys are small. Many successful singers and actors are small and a significant number of our Prime Ministers have been small (Hawke, Howard, Rudd, Gillard and Abbott are hardly Harlem globetrotters).

And diminutive rugby league halfbacks win the Dally M medal nearly every year, most of our great indigenous footballers and athletes are small, while houses in the expensive suburbs of Woollahra and St. Kilda are small.

Porsches are small and so are the minds of some washed up politicians trying to make a name for themselves to stave off eventual irrelevance. And what happened to the classic line “good things come in small packages”?

I remember seeing Wizard and Yellow Brick Road founder, Mark Bouris, in a small office in Double Bay in the 1990s telling me of his goal to build a huge business, that Mark Latham nowadays would be proud of. I talked to Janine Allis when she had 10 Boost Juice outlets before she grew into an international behemoth. Paul Cave of Sydney’s Bridgeclimb, John Symond and Aussie Home Loans and even Gerry Harvey started small but they all grew into something impressive.

Latham misses the point that every big business starts small — the Lowy’s started in a corner shop in Darlinghurst but grew Westfield into an internationally significant business.

All Australians like the little guy or girl who makes good and Mark, mate, you’ve missed something in your life when you decide to write stuff so insulting as that.

He actually wrote: “Mr and Mrs Kebab have been deified along with self-funded retirees and ‘working families’.”

I really thought he’d have a twist at the end of his story that would mean he was being ironic. But no, he seems to think there’s something wrong with someone who saves enough to fund their own retirement! And he seems to be just as pissed off at “working families!” I hated how Labor used those two words but when it applies to employees and the self-employed, it’s a meritorious term.

Latham’s ‘losers’ actually employ just under half the country’s workforce and contribute around one third of private sector GDP. There are over 2 million small businesses but 38% are employers, which says something about them as winners, wouldn’t you think? And 41.6% of our exports come from small businesses. They actually do help the national effort because without exports, our economy would be stuffed.

Mark, it’s OK to hate politicians, many of us do, but to hate just about everybody else borders on the insane. Why you’d be insulting to hard working people who work long hours, employ your fellow Australians, train people, help them achieve their dreams and pay a lot of tax collectively is beyond me.

And when I think about it, there were times when I regarded you more highly than I do today. I am taller than you but I never, for one moment, held your relative smallness against you!

Good News Daily: Who said the US economic recovery looked dodgy? The ISM manufacturing index rose from 51.5 to 52.8 in May, while the forecast was for 52, and construction spending rose by 2.2% in April to the highest level since November 2008 against a forecast of 0.7%.