This is the rare time where Iâ€™d argue that good politics is good economics.

Is Malcolm a wimp or a good economist by backing away from a GST?

Malcolm Turnbull would’ve surprised many of us with his revelation that he’ll have to be convinced that the GST increase to 15% will provide economic growth before he’ll support it.

It does make you ask: is he a wimp or a smartie?

This apparent U-turn could be called a classic case, proving that good economics is bad politics and good politics is bad economics.

The tax and fiscal experts want a GST to bring income and company taxes down. At the same time, they want to cut the annual budget deficit and, ultimately, reduce our public debt to GDP ratio. Conservative politicians and commentators are always worried about this but, as they rant for it, they don’t worry about the economic growth implications.

Regular readers know I’ve been arguing since Joe Hockey’s first budget that economic growth is critical. In fact, I told Joe to throw out the old political trick of a tough budget in year one and then hope we forgive them in the ensuing years, helped by softer budgets.

I argued the economy was slowing so he needed a stimulating budget. He ignored me, the economy slowed, Tony and his popularity slumped and he’s now in Washington and his boss is on the backbench.

They can thank conservative commentators for their early exit from the leadership. And this is why Malcolm is giving economic growth priority over the purism of a broader, higher indirect tax, with lower income and company taxes.

The theory is that lower income taxes create incentives to work and build businesses and economic growth follows. Let’s see what happened to growth after the GST was introduced in the year 2000. 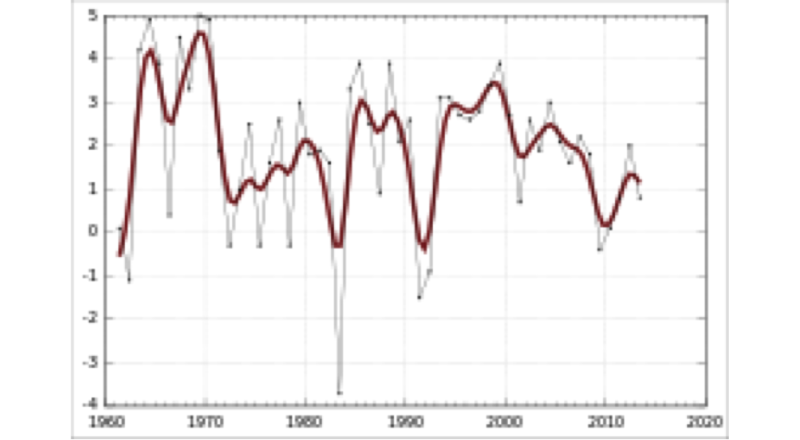