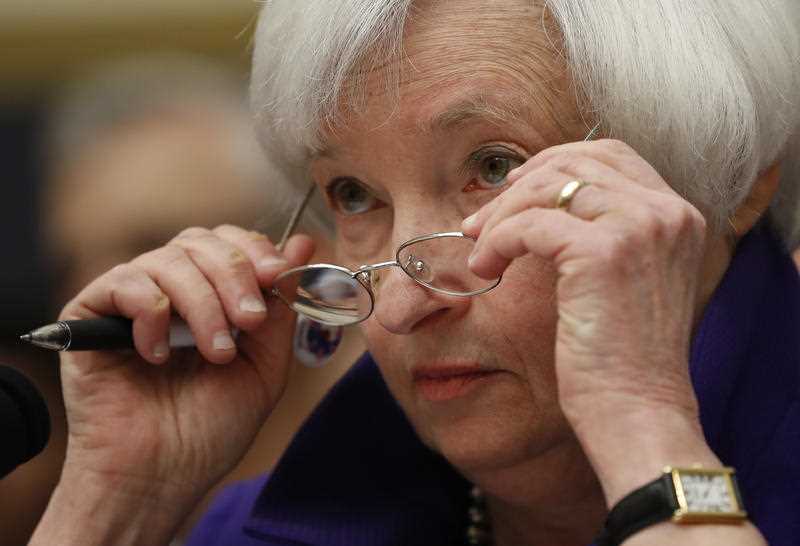 Is Janet Yellen the hottest, coolest woman in the world?

The Fed boss Janet Yellen could end up being the hottest woman in the world but we won’t know until December. And if she ends up as hot as she has been hinting over the weekend, then she might also be the coolest female on the planet.

Be clear on this, I’m not letting my love of economics and its interplay with financial markets, as well as politics, go too far. Janet is an absolute ballbreaker and what she decides between now and Christmas could be a ‘make it or break it’ event for the world economy, the course of stock markets in 2017, and beyond.

Fellow market tragics might get my take on the boss of the Fed but normal people might need me to do a Pauline, with “please explain.”

After the past few weeks of economic data, markets are betting that Janet’s central bank team will raise interest rates for the first time in 2016. They think there’s a 66% chance, which is pretty high.

In 2015, some experts were tipping four rises but the economic story and the rising greenback derailed all that.

Janet has been waiting for the economy to look good. She wouldn’t want the stock market to overreact to the negative side when rates eventually go up.

It’s also expected that the Fed rates’ team — the Federal Open Market Committee (FOMC) — wanted the US election out of the way before it moved, as there’s an overwhelming market belief that a President Donald Trump could rock financial markets and, ultimately, delay the Fed’s rate rise.

Donald plus a higher interest rate in December could be a double whammy that could undo a lot of the confidence building that has been happening in the US, thanks to an improving economy and a stock market in the all-time highs neighbourhood.

So that’s the scene, which says as long as the US economy remains solid, Hillary Clinton wins on November 8 and nothing scary comes out of China, Europe or Japan, then expect a December rate rise.

Paul Keating would call it ‘the rate rise they have to have’!

And while there could be a short-term negative reaction, the expectation is that the stock market would celebrate the rise as a step to economic normality.

But then Janet took centre stage and basically told the smarties of financial markets to “listen up, the lady might have different ideas!” That’s cool.

So what did she say?

In what was a shock, she said that the Fed might want the economy to “run hotter” for a while to ensure that inflation is on a firm footing. She wants more labour participation, wages rises and all the normal things that economies did before the GFC.

This was a huge call. And this is how CNBC saw it: “Federal Reserve Chair Janet Yellen may have just shattered the complacency among investors in the longest-dated U.S. sovereign debt.

“Treasury 30-year yields surged Friday, extending the bonds’ biggest two-week decline since May 2015, as Yellen hinted at letting U.S. growth run hot in a speech to a Boston Fed conference.”

Interestingly, there are experts out there who worry that the bond market could be a big problem for the stock market, if rates rise too quickly. Clearly, however, one of the smartest money women in the world is not fazed by it all, or she would never have basically said: “Inflation? Bring it on baby!” (My words, not hers but that’s what she has effectively told financial markets).

On her own admission, she wants it hot and she’s one really cool customer.

I only hope she’s got it right.