Is it time for a no guts no glory leader?

As our nation gets used to another Prime Minister, and undoubtedly the small part of the world — I guess the influential part of the globe — scratch their heads and ponder “what’s going on with those crazy Aussies”, it has to be a good time to ask ‘what do we want in a leader?’.

Since the dramatic demise of John Howard, the end plays of all of our proceeding PMs have been dramatic victims of their own parties! Sure, every three years we had a say, but ultimately the elected reps of the Libs and Labor disenfranchised us and trumped our selections!

But we don’t need to be too down on ourselves, other countries have leadership problems. The Yanks thought it was a sound idea to vote in a former casino-owning entrepreneur as their leader who would make America great again. The Poms dumped David Cameron, who did a great job post-GFC. However he punted his career on killing off Brexit, but then his fans could not get out of bed to vote with him to stay in the EU!

Meanwhile, the Italians are seriously voting for a comedian, the French voted in a bloke not long out of short pants and the Canadians did the same. Meanwhile, the Kiwis voted for a formidable lady who had hardly got off her P-plates as a politician.

We, the voters in a democracy, are desperate for something refreshing when it comes to leaders. And even though Bill Shorten scares the pants of anyone who invests in property and shares, with his opposition to negative gearing, the size of the capital gains discount and tax rebates for retirees not on the pension, he is mounting a gutsy approach ahead of any future election.

Meanwhile, if anyone was objective about Malcolm’s failure you’d have to accept that his biggest failings were in the ‘jam-tart’ department — he had too many supporters who wondered why he did not show heart in too many areas. 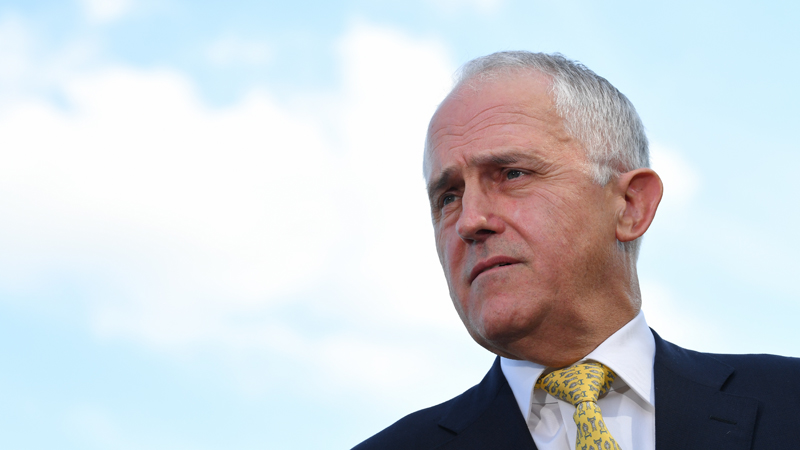 He came to the fore promising tax reform but he found it too hard. He had supporters who thought he’d be a champion for fighting climate change but he let them down — a coronary issue again! And then there were those who thought he had a balanced approach to climate concerns, and the implications on energy pricing, but he didn’t take up the cudgels to bash into submission the right-wingers in his party that have plotted his downfall.

Again the lesson of no guts no glory raises its ugly head.

However, simply looking at Malcolm’s leadership failings issue by issue ignores his achievements. He’s got the economy firing with record job creation, amidst low interest rates, and the budget deficit is shrinking faster than expected. Deep down he had to hope that we would forgive him for not being able to beat Labor, the Greens and the Senate to get tax reform through and for not getting on top of energy prices, but those pesky polls kept telling him, “we like you but your Government stinks!”

Logical people ask: “How does that work?”. And I have no definitive answer but it does suggest that it was not Turnbull who was the problem but the mob he was stuck with, who we voted for. Ironically they rejected the one guy the voters of Australia seemed to like, if you believe opinion polls!

Clearly, it has been Malcolm’s failure to make his Government look likeable that has been his greatest shortcoming and that’s undoubtedly where he’s had a leadership problem. In a sense, he’s failed to put his stamp on his Government, the way Wayne Bennett put his stamp on the Broncos, or how Sir Alex Ferguson branded Manchester United, or how Bart Cummings put his spit and polish on the 12 Melbourne Cup winners on the first Tuesday in November. To do that you have to have a lot of determination and influence.

I turned to some work done by the greatest leaders of all time by www.industryleadersmagazine.com to understand what Malcolm needed to be and what his replacement has to aspire to.

The analysis starts off with a pretty good summary of what leadership is: “Leadership has been defined as a process through which a person influences and motivates others to get involved in accomplishment of a particular task. This single definition, although universally accepted, fails to define the particular paths and ways of people who are deemed as great leaders. All great leaders had something unique about them and yet they were bound by greatness that helped them to lead masses to innovation and new ideologies.”

Okay, so leaders can come down different roads but a common characteristic is that leadership is influence, pure and simple. Malcolm failed to impose influence over his own party and that in the end was his undoing but did he lack something else? Let’s look at some of history’s best leaders to see if they had common characteristics.

Mohandas Karamchand Gandhi or Mahatma Gandhi, championed a policy of non-violence and protest through civil disobedience, and eventually succeeded when he led his India to freedom in 1947. The experts say his characteristics were resilience, knowledge, people-skills, motivational approach and leading by example.

George Washington was the leader of the American Revolution and the first president of the US. His strengths reportedly were foresight, vision, strategic planning and his ability to lead people to success.

Abraham Lincoln was the 16th president of the United States and ended slavery after winning the Civil War. His greatest traits were his determination, persistence, beliefs and courage.
Hideous villain, Adolf Hitler, was one of the greatest leaders of all time and was famous or infamous for his oratory skills, propaganda and planning. He had extraordinary guts or maybe madness to believe he could take on the world and win but he certainly sold it to a hell of a lot of followers!

One of the greatest leaders of all time was Muhammad who led the spread of Islam in and around Arabia. His greatest leadership qualities were his courage, leading by example, motivational approach, persistence and decision-making.

Mao Zedong was the leader of the Chinese Revolution and the founding father of the People’s Republic of China. His courage and long-term planning with his Great March showed he had steel that his enemies could never bend.

Nelson Mandela was the first South African president elected in fully democratic elections and was able to win over a divided nation after spending almost 30 years in prison! His main characteristics were his determination, persistence, focus and will.

Winston Churchill was the Prime Minister of Britain from 1940 to 1945, leading Great Britain against Nazi Germany during the World War II. Churchill was known for his fearlessness, determination, unyielding perseverance and undying devotion to his goal. 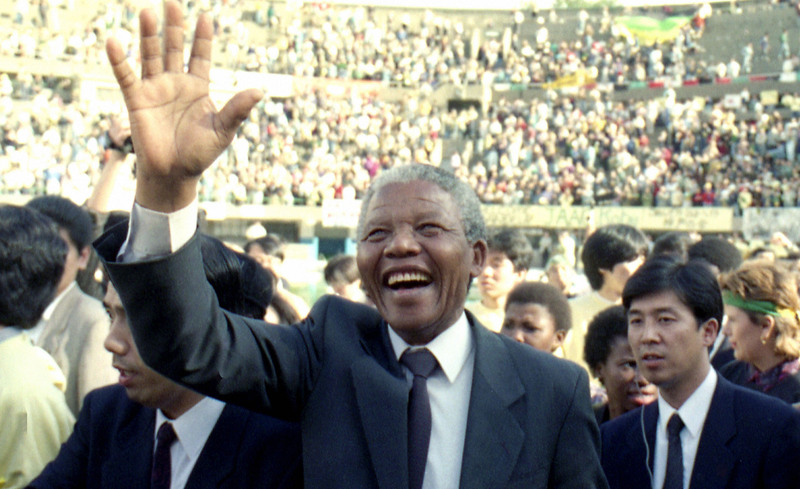 All of these leaders were maniacally focused, had big audacious goals and fought fearlessly to make them happen. They were able to bring people along on their journey, like a brilliant football coach who has to deal with great players, who are prima donnas, and finds ways to bring these troublesome, but important, contributors along for the journey.

And quite frankly, he should have taken on his media enemies because allowing them to continuously eat away at his credibility has left him in the sad situation he finds himself in now.

The words of Nelson Mandela are what I gift to our new leader as I say goodbye to Malcolm Turnbull, who had the talent and brains to be a great PM, but simply failed a really difficult challenge called the courage test.
“I learned that courage was not the absence of fear, but the triumph over it. The brave man is not he who does not feel afraid, but he who conquers that fear.”

That said, let me make one more offering, to put Malcolm’s efforts to become the Prime Minister of our great country in context. These unforgettable words come from arguably America’s greatest President, Teddy Roosevelt: “It is not the critic who counts; not the man who points out how the strong man stumbles, or where the doer of deeds could have done them better. The credit belongs to the man who is actually in the arena, whose face is marred by dust and sweat and blood; who strives valiantly; who errs, who comes short again and again, because there is no effort without error and shortcoming; but who does actually strive to do the deeds; who knows great enthusiasms, the great devotions; who spends himself in a worthy cause; who at the best knows in the end the triumph of high achievement, and who at the worst, if he fails, at least fails while daring greatly, so that his place shall never be with those cold and timid souls who neither know victory nor defeat.”

To be fair and accurate, Malcolm Turnbull had guts and probably has achieved more than anyone who might be reading or writing this, but he did not have enough to win at politics in the 21st century!

PS. The win for Scott Morrison to the position of PM is something I feel proud of as he was a former economics student of mine at UNSW. I hope he learns from the mistakes other Prime Ministers have made since John Howard lost his Government and seat in 2007. He’s going to need a good balance of courage and wisdom to restore the voters’ confidence in the Coalition, but one thing is for sure, we do have a good man in a very important role and I wish him the best of luck.