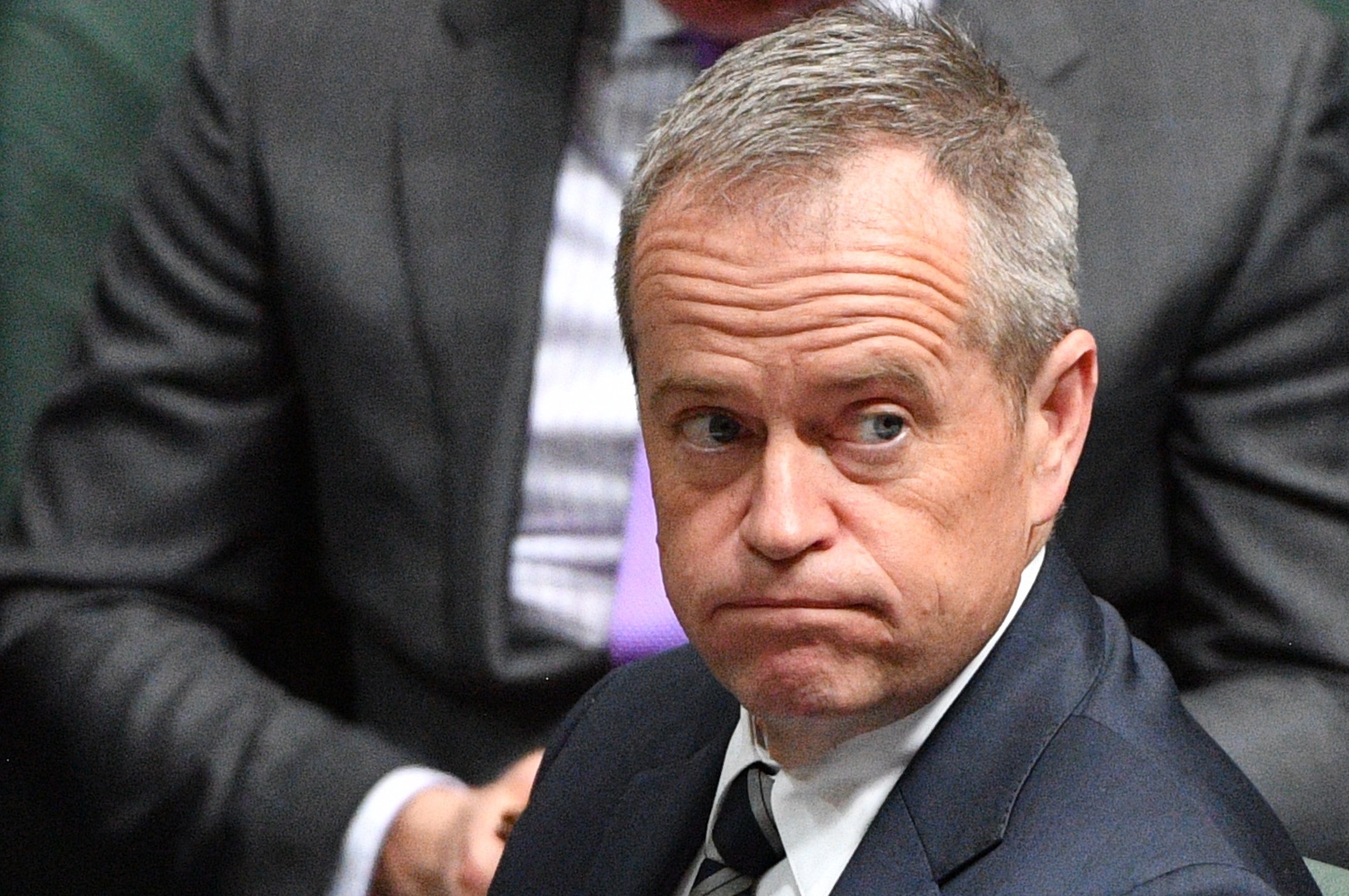 Since Anthony Albanese reminded Labor that the best Labor Governments got along with a wide range of interest groups, including a pretty important one called business, there have been suggestions that Bill could be on political death row.

Personally, given the polls, I’d be surprised if Bill has anyone even counting numbers right now but the longer he goes on with his tribality, looking like an ex-union guy, who hates businesses with turnovers greater than $10 million, the more at risk he will look.

We all know death and taxes are the two big unavoidable threats of life, but the way Bill has behaved this week suggests he has a death-wish over looking too pro-business.

The pressure Bill should not be under was created by one little three-letter word he uttered as an answer to a public question about whether he’d repeal the tax cuts for businesses with turnovers of $10 million to $50 million. That “yes” released the hounds — the news hounds — who have refused to let this threat to medium-sized businesses go, which has given oxygen to the possibility that Anthony Albanese could one day threaten Bill’s leadership.

As I say, I think this is a remote chance, as Kevin Rudd’s innovation that means that Labor MPs have to have the support of rank and file members to jettison a Canberra leader, means Bill would have to have a suicide wish that makes everyone think he’s no hope at an upcoming election.

So given big small businesses and medium-sized businesses could feel the pain of Bill’s desire to appeal to ordinary Australians by being anti-business when it comes to tax cuts, I reckon Bill and others, who aren’t fans of businesses, need to hear this little story I was privy to last week.

Governments with enlightened tax policies can have big impacts on business decisions and, ultimately, on where and when they spend money that creates jobs, income and then tax payments.

And this brings me to something I did not know.

Stamp duty on non-residential, non-primary production land has been on a phase out program in South Australia. From 7 December 2015 the duty payable was reduced by one-third, with a further one-third reduction from 1 July 2017 (a total reduction of two-thirds). And stamp duty on transfers of non-residential, non-primary production land will be abolished from 1 July 2018!

I was told this by a guy whose company bought an office block in Adelaide for the first time. He was over the moon about how successful the deal ended up being.
When I asked him how significant the stamp duty reduction was, he said it saved him many millions. But this was the killer question and it was: “Would you look to invest in another building in Adelaide as a consequence?” And this time that little three-letter word was used, namely, “yes”.

And let me remind you that this was an initiative of a then Labor Government.

I’ve never believed that entrepreneurs stop doing what they do because they have to pay tax but I do believe a lot of risky investments that could bring big growth opportunities and other business innovations can be made too hard because of tax.

Personally, I know we rejected a partner who wanted to buy into our business because the capital gains tax made it a less enticing offer.

Bill knows there are businesses, such as petrol stations, that can have a big turnover but the profit is small. And those businesses in the $10-50 million group are big employers and job creators, which does nothing to improve Bill’s credentials as a leader who can help the Oz economy do well.

On Saturday 28 July, we will see if Bill’s job is under pressure with five by-elections, thanks to our problem of having too many ‘foreigners’ in our Parliament. If Labor underperforms in these mini-polls, then Bill, his tribal politics and his anti-business tax stance will have to be reassessed by his Canberra colleagues. But they’ll still have to win over the rank and file.