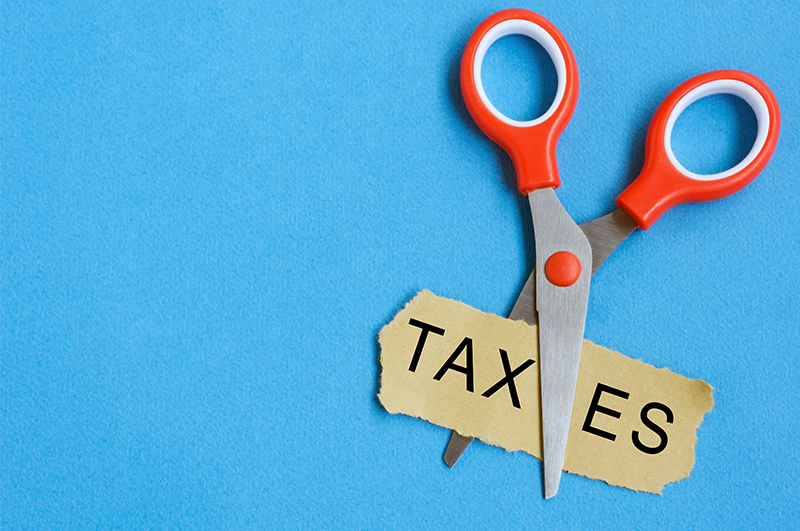 Interest rate and tax cuts are heading your way

It’s cut, cut, cut time, with economists and the Reserve Bank determined and happy to deliver the good news that bad economic news means we need to see a cut to taxes and a cut to interest rates. Right now, the RBA is in the cheer squad, rooting for tax cuts to be announced with Tuesday night’s Budget. And as it’s a pre-election Budget, that’s exactly what we’ll get.

In my entire life of writing, teaching and talking about economics, I’ve never seen a central bank here in the land of Oz blaming a slowing economy on a too efficient tax office!

Of course, the Bank hasn’t actually explicitly said that but the Assistant Governor, Luci Ellis, certainly implied that the crackdown on excessive tax deduction claims had taken money off consumers, explaining lower than hoped for spending levels.

And it came as income levels were rising via strong job creation, which should’ve helped the economy grow but it didn’t. That’s why the RBA’s Dr. Phil Lowe could be popping champagne on Tuesday night, if Treasurer Josh Frydenberg goes for the sizeable tax cut on Tuesday night.

So when the media slams it as a pre-election, tax giveaway Budget, the Government can defend it as an economically-sound Budget endorsed by the Reserve Bank of Australia. As I say, after decades of commenting on Canberra’s annual fiscal figuring, this is the first time the central bank is saying “go for it” when it comes to tax cuts.

The RBA doesn’t want to cut interest rates and would like to keep 1.5% worth of tax cuts up its sleeve in case a global recession descends upon us over the next year or two. But it knows we need economic stimulation and that’s why it’s giving tax cuts the thumbs up.

That said, chief economists, such AMP Capital’s Shane Oliver, Westpac’s Bill Evans and NAB’s Alan Oster all expect the Reserve Bank to cut rates twice this year. Of course, if the tax cuts are bigger than they expect, they could change their tune but at this stage they’re still in the cut rates camp.

Against this there are respected economists who, like the RBA, are in the “rates are on hold” camp and it makes the Bank’s statement with its cash rate decision on Tuesday compulsory reading for economists and anyone who’d love another cut.

It comes as funding costs for banks for the money they lend out to us is actually falling and banks could easily cut rates independent of the central bank to offset some rises last year that were driven by rising funding costs.

Shane Oliver looked at the subject and said there could be good news for those with mortgages. “From a high earlier this year of around 0.59%, the gap between the 3 month bank bill rate and the expected RBA cash rate has fallen to 0.32%, pointing to scope for the banks to reverse the 0.1-0.15% mortgage rate hikes they put through in response to rising funding costs around last August.

“However, just as last year’s hikes lagged the spike up in funding costs, any cuts will likely lag the recent fall to make sure it’s sustained. That said, falling funding costs indicate that the banks will have little excuse but to pass expected RBA rate cuts on in full.”

No matter which way you look at it, we’re in cut, cut, cut territory and it couldn’t come at a better time. And while there’s little to say that all this cutting will help pay rises in the short term, a tax cut is better than a wage rise because you don’t pay tax on a tax cut!