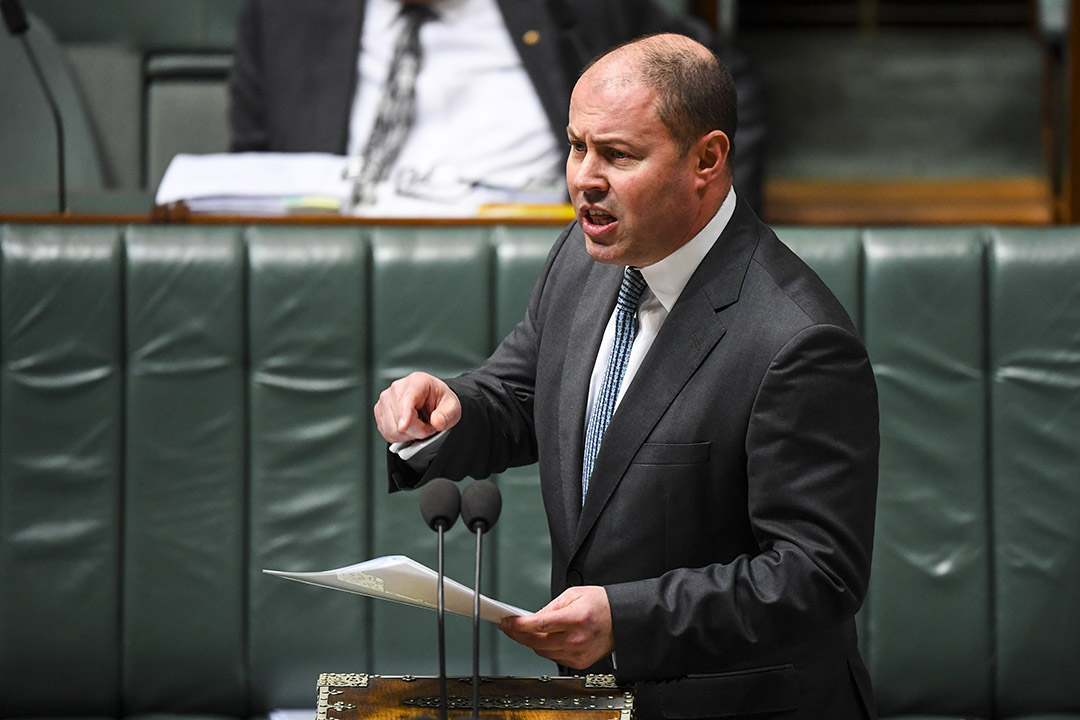 Newspapers are running with stories about the 20 years of the GST and former Treasury Secretary Ken Henry and former Foreign Minister Alexander Downer are telling us that we need to lift the GST and broaden its base so we pay the tax on more ‘stuff’ in order to deal with the economic crisis that’s gone with this COVID-19 bug health crisis.

But this is like having a fat bloke have a heart attack at the SCG and some clown yells out “put him on a low fat diet”. That bloke (our economy) needs a defibrillator and/or cardiac heart massage ASAP.

And a GST isn’t needed right now but clarity on matters such as how long JobKeeper will be sustained and what sectors/businesses will get it after the end of September when the wage subsidy is supposed to be closed down.

US stocks fell over the weekend and ours is bound to sell off today. And it could be an ordinary week for stocks, as second-wave infections in places like Victoria and the USA in particular will start to work on lowering business and consumer confidence.

Since late May, the feeling was that the worst of COVID-19 was behind us, though I kept warning that the second-wave issue was the one that could come back to bite us. And right now, many of us are starting to feel the ‘teeth’ of this damn virus eat into our confidence levels.

One person I know who’s usually very positive admitted being a bit spooked by what’s happening in Victoria and the US. The Yanks recorded more than 45,000 new cases of COVID-19 in the past 24 hours and that was a new all-time high, which beat the next highest reading made only the day before!

One part of this could be the escalation of testing but the mayor of Anchorage in Alaska isn’t pussyfooting around like too many Western politicians are, with Ethan Berkowitz issuing an emergency order requiring residents to wear masks in public indoor spaces after the state identified 836 cases as of Friday, with 387 in his city itself. (Asian countries are smart enough to mask up but we have some silly Western aversion to doing everything possible to KO this virus spreading to ensure our economy isn’t terribly infected.)

Since March 23, the stock market has rebounded. The first leg up came with the huge government stimulus and central bank programmes. The next leg up came with the so-called “flattening of the curve” of infections, which meant normalcy for the economy might come faster than when we were told we were going to be hibernating for six months!

Gee, we’ve been through some exaggerated BS over this Coronavirus period of our lives, haven’t we? On March 16 the SMH had a story telling us that we should prepare for 50,000 to 150,000 deaths! I won’t name the person who gave us this fear because he is respected but this is what the newspaper reported: “Under the best case scenario of a 20 per cent infection rate, about 50,000 people out of 5 million infected with COVID-19 would die.”

At the time I questioned this based on what we were seeing in South Korea. A few ‘experts’ called me irresponsible but after 35 years of public commentary particularly on the economy, I’ve seen the scary exaggerators always get more column inches in the media but they’re nearly always proved wrong. Our total deaths so far are 104.

That said, ScoMo and his team have to get to work beating both this virus in Victoria and elsewhere if outbreaks happen. We can’t close the economy down as the international economy is going to have a reduced helpful impact because we won’t see foreign tourists for possibly 12 months, if you can believe Qantas boss Alan Joyce.

Over the weekend, I caught up with a prominent business owner based in Melbourne who has a very gloomy take on the economy. He used the word “depressionary”, which I don’t think is actually a word!

His sector could be affected so he thinks the rest of the economy is like his. But during the mining boom that ended in 2017, there was time when WA was booming, Perth house prices rose faster than Sydney and in fact, New South Wales was close to being in recession as it was growing so slowly, while the mining states of WA, Queensland and Northern Territory were going gangbusters.

That’s when the then-Treasurer Wayne Swan kept talking about a “two-speed economy” and a “patchwork quilt economy”. What I’m saying is that it’s wrong to think your economy equals the national economy and that’s what Treasurer Frydenberg has to keep positive while the virus works to spook some of us.

The stock market is the window on the economy and confidence and the vision we’re now seeing is looking a tad more negative. That’s why Josh needs to outline what happens to JobKeeper ASAP. But remember this: we do have three months to go and that’s a long time to subsidise wages.

Meanwhile, the survey says unemployment will top out at 8% this year before falling to 7.28% by mid-next year.

A depression has 15% plus unemployment and it’s up to Josh and ScoMo to talk up the fact that our economy has potential to get through this virus-created downturn.

If you don’t believe me, just think about the 5.5 million Australians who travel overseas each year and consider what they spend in hotels, restaurants, department stores and on experiences like climbing the Eiffel Tower. And now think about them looking at every holiday destination in Australia they’ve never been to from Cable Beach to Margaret River to Port Douglas to Uluru to Kakadu and the Barossa or Blackheath!

Prepare for an avalanche of local tourism destination ads and watch Aussies discover their own country like never before.

I’m talking about internally-driven growth rather than externally-powered economic activity. We don’t need this forever but it will do while we wait for a vaccine to kill this damn virus.

This is the story that needs to be told. JobKeeper and a Treasurer on the front foot telling us that our future will not be “depressionary” is really, really important. And more rules on masks would be good as well. Go Josh!