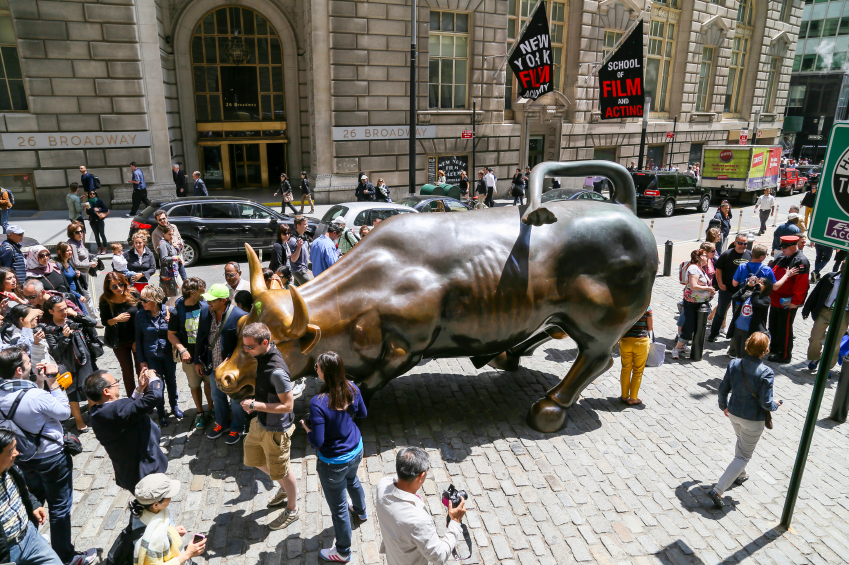 I'm not the only bull on the planet!

I’m not the only bull on the planet!

In case you think I’m the only bull on the planet, let me share with you the thoughts of Mike O’Brien, co-head of solutions at JPMorgan Asset Management.

I’m writing this on the Eurostar train as my wife and I head to Paris, leaving behind a London that looks pretty damn buoyant. Cranes hog the skyline and everywhere we walked there were building sites, scaffolding, bloody great big trucks and smoking men in hard hats.

Shops were full and I’d be surprised if economic data gives the UK a bad wrap.

Of course, the days leading up to the momentous decision by the US Federal Reserve have been bad for stocks as the price of oil continues to weaken. What’s going on now is a consequence of oil, the Fed and the fact that a junk bond fund called Third Avenue looks to be in trouble ahead of the expected interest rate rise, thanks to the Fed. This development has raised fears that the bond market could implode or explode because rates are set to rise. There’s also a concern that emerging economies will have a problem with capital outflow when the Fed raises, signaling the end of cheap money for them. However, that’s not really true, as the US central bank boss Janet Yellen is likely to promise a period of slow rate rises.

I reckon we could get a negative reaction first or maybe we have already had it but then the buyers will seize upon beaten up, undervalued stocks.

But this is all short-term stuff, which is hard to foresee and play but it does create opportunities for long-term investors. Of course, this rests on the conclusion that the road ahead for investors will be OK and that’s where Mike O’Brien’s piece in the Financial Times comes in.

Let me sum up his main points, while decoding some of his high-brow, market-speak that mere mortals will be bored by or could sleep by! So here goes:

Believe it or not but “the scales are tipping in favour of investors willing to take more risk”, as the returns on safe assets remain low and other assets promise higher returns. (This is a case for going long stocks, despite what we’re enduring right now.)

His bottom line, despite all the market madness right now, is “investors with a stomach  for volatility” should be “increasing their holdings of equities, credit and alternative assets.”

What’s my conclusion? These market slides we’re seeing now are a buying opportunity for long-term investors. Buy quality companies that pay dividends, which puts me at odds with O’Brien but many have been beaten up too much lately. Maybe try an ETF that gives you exposure to smaller cap companies, which is consistent with O’Brien’s suggestions.

The bottom line is: don’t give up on stocks!