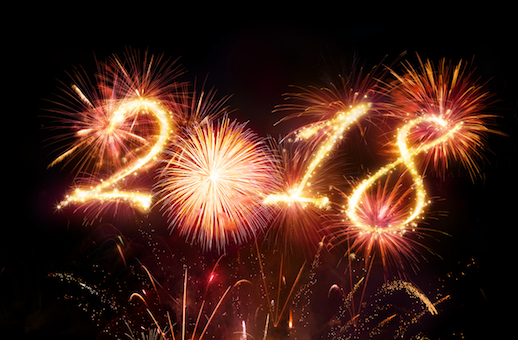 For some Australians, the working year starts seriously today as the festive break becomes something of Christmas past and work for 2018 begins. Then there are those who don’t get to this point until after Australia Day. Whenever it starts for you, be assured the year before us will be good for your economy.

I’m using the term “your economy” pointedly rather than “our economy” because I’m trying to make you think about that little cycle of you earning income, spending it, saving it and investing it, which defines your economy.

My decision to write about what you need to do boost your economy via earning more income, spending it better, saving more of it and investing it wisely was inspired by the usual negativity that media outlets virtually trot out daily!

However, this time they were encouraged by a Federal Government tipping the current mini-resources boom will go off the boil this year. Governments have to forecast important things that will determine the size of the Budget Deficit. And because they’re so supposed to be honest and transparent, they need to report both good and bad news.

Fairfax tells us that “In fiscal 2017, the resources and energy sector is tipped to see record high exports earnings. But this is expected to be short-lived.”

The Department of Industry, Innovation and Science predicts a weaker outlook for 2018, with exports earnings from the sector dropping.

Exports earnings are tipped be around $214 billion in this financial year, ending next June but they will fall to around $200 billion the following year.

OK, that’ a $14 billion fall but it’s only 6.5% fall and is hardly a story of disaster deserving of a headline like: “2018 ‘the end’ of resources boom as commodity price drops bite.”

OK, prices might fall but other parts of our economy could get better, such as employment, private sector investment from the non-mining sector and the dollar might fall to offset the price falls in the mining sector.

What I’m arguing is that this negative mining story doesn’t have to be bad news for our economy and anyway, the Government department in question is not always right with its forecasts.

In fact, the Fairfax story ended this way: “Export earnings growth in fiscal 2017 were $3.3 billion higher than anticipated in the government’s previous quarterly report after prices for coal and iron ore were above expectations.”

My survey of economists tells me that 2018 will be a better year for economic growth, unemployment, wage rises, business investment, the stock market and your superannuation.

House price rises in Sydney and Melbourne will be coming off the boil, making it easier for people to buy a house. Interest rates will start to rise this year but we might only see one hike but those savers who want term deposit rates to go higher will be happier.

All of this you can’t control but you can have more impact on your own economy and this is what I suggest you do ASAP.

First, write down what your money goal is for 2018. It could be to earn more, save more, invest more and learn more.

Second, once you know what you are shooting for, think through how you will make it happen. It might mean looking for a new job, going for a promotion, starting a part-time business, which you’ll grow into a full-time operation, ramping up the business you might now own and so on. It could even mean saving more and then investing in stocks, which I think will do well this year.

Third, be realistic about how good you are at making your goal happen. And if you have self-doubts about your own motivation, then start reading a book like Tony Robbins’ Awaken the Giant Within. If that doesn’t suit you, opt for an accountant, a financial planner, a business coach or even a life coach to ensure you beat your biggest problem — you and the procrastination that has plagued your progress forever.

Fourth, seek out the kind of information you are reading right now. Go to websites like mine, listen to radio stations like Talking Lifestyle, where I do my On The Money program and watch TV programs like mine on the Sky Business Channel.

Of course, there are others and as many as possible should become a part of your life as you start swapping bad and unproductive influences for positive, good ones that will collectively help you change to ensure your money goal gets kicked.

I’ve always like the old piece of advice that “if it’s to be, it’s up to me” and unless you’re prepared to change you, your economy, in all likelihood will not do much.

It’s thought Einstein once defined insanity as “doing the same thing over and over again and expecting different results". Even if he didn’t, he should have because it’s at the core of why so many people don’t progress.

And one different thing I’d recommend you look at is hanging out with better people who’ll help you improve you and your economy.

I hope you have a great year and I hope we get to hang around together either here each morning and/or on my radio and TV shows.