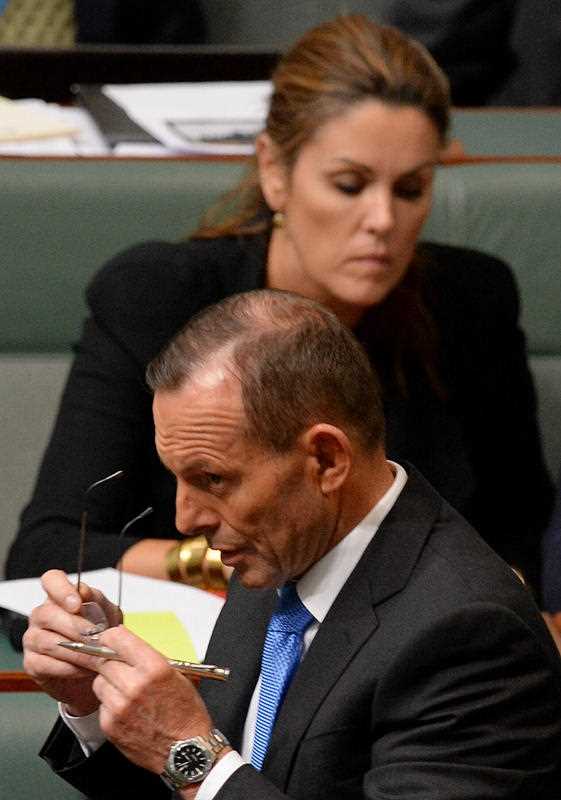 Sure, the Abbott ‘slap and tickle’ is magnetically newsworthy so how come the story about the ex-PM’s alleged closeness with Peta Credlin surfaces now, just after Tony bagged Malcolm Turnbull’s delayed submarine decision? And is it all important?

It’s certainly great for the sales of Niki Savva’s new book The Road to Ruin. However, it’s also symbolic of how we are distracted by the trivial and the things that won’t make us money, won’t make us smarter, won’t make us more competitive or more successful!

Now I know the Americans creating 242,000 jobs in February doesn’t have the sex appeal of a possible affair between our former PM and his chief of staff. However, it bears more importance to our super, our jobs, the profitability of our businesses and even whether our budget deficit’s bottom line goes up or down!

You have to know that our stock market’s bad start to the year came from rising expectations that a US recession was looking more possible. And there were other things, such as the worse than expected China slowdown, the price of oil going to $US11 a barrel, etc. (the list of speculative negative outcomes went on) but lately, a lot of these expectations have been proved to be excessively negative.

That’s why from their recent lows, US and global shares are up 9%, Australian shares are up 7%, oil is up 37%, the $A is up 8% and iron ore is up 34%. AMP’s Shane Oliver put it nicely: “Maybe these rallies are telling us that all the handwringing over global growth was overdone.”

I’d put it more bluntly. Here’s my take: the hedge funds and short sellers saw an opportunity and exploited it and with the media’s help. They played around with our share prices, our wealth, our super and even threatened the economic viability of the global economy. But hell, that’s what you get when you play stocks — it’s called risk and reward.

There are even more sexy facts out there, which I didn’t see as headlines in newspapers or in TV news services over the weekend:

• The Oz dollar is now 74.38 US cents, which would be worrying the RBA and could lead to an interest rate cut.

• The combined effect of a 34% rise in iron prices recently and the 3% economic growth number here in Australia, which confounded economists and doomsday merchants, means Scott Morrison’s budget could be a great pre-election effort.

• Just when those having great fun and making money from selling off stocks leveraging off recession fears, central banks are fighting back. The Chinese central bank last week eased monetary policy, the US Fed now looks a certainty not to raise rates in March and the European Central Bank, which acts this week, is set to stimulate Europe more. 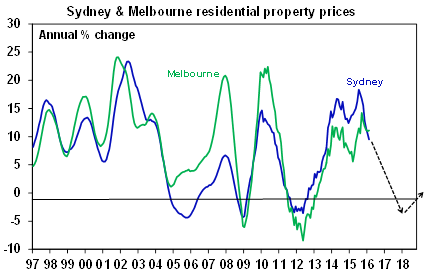 If Shane Oliver is right, the time to sell is shrinking and the buy time will be around 2018 and beyond for a few years.

And just in case you think I only pedal good stock market and economic news, try this sexy, negative prediction from JP Morgan’s global strategist, Jan Loeys, who last week told clients that a US recession in 2017 is a one in three chance but he was saying it was one in four, previously. He’s put a 66% chance of the R-word being pulled out in 2018 and by 2019, he thinks it’s a 100% certainty!

However, let me put a positive conclusion on the above scary recession news. If Loeys is right, it means we have about two years left in this stock market before recession fears take hold but I reckon that will also coincide with slightly better term deposit rates of interest and lower unemployment levels.

Given the above revelations that could affect your wealth, your super, your job, your business and what your dollars can buy here and overseas, are you seriously telling me that some possible lie about Tony Abbott and Peta Credlin is more interesting?

Can stuff like this make you richer? As Sophie Tucker once observed: “I’ve been rich. I’ve been poor. Rich is better.”