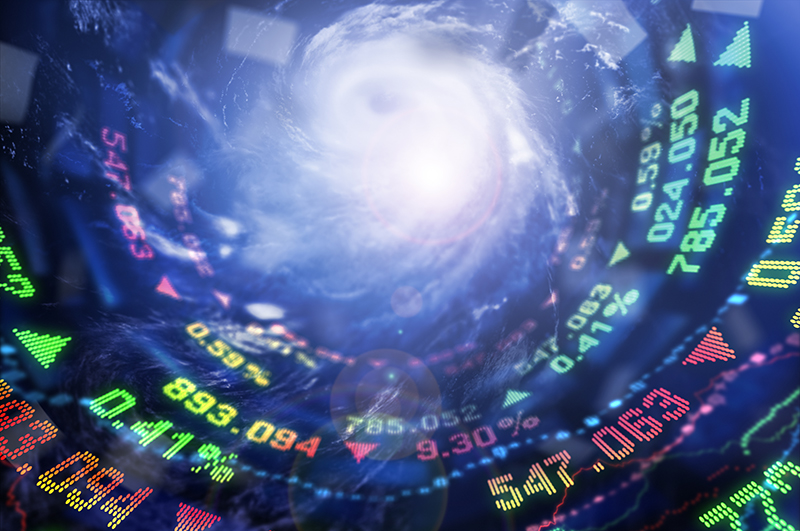 If you're scared about a looming stock market crash, read this, fast!

One of the great aspects of my business is that I talk to a whole lot of smart people. Some are very supportive followers, others are huge critics, who largely think they know more than me. And sometimes they do, so I get to improve, while others ask really good questions.

Tomorrow we’re doing our monthly webinar for the subscribers to our Switzer Report, which specialises in giving insightful ideas to those who are trying to build up their wealth via a portfolio of shares.

The webinar this month has a ‘co-star’ in Charlie Aitken of the fund Aitken Investment Management or AIM. Ahead of the one-hour chat and Q&A, where attendees can ask questions live or via email, we get a bank of questions and one that I saw came in yesterday is a ripper!

It not only made me do some work to get the answer but it reminds me of something really important that I used to tell people last year so they wouldn’t be afraid of a bear market and a recession. A bear market starts when a stock market collapses 20% and is so prolonged it invariably KO’s business and consumer confidence, kills jobs and rolls into a recession!

So what was this important revelation that was sparked by a question from a webinar attendee? Peter of Queensland asked: “How many of those 18 indicators, which Peter has talked about in the past, are actually signalling that a recession is on the way?”

The 18 indicators are contained in Citi’s Bear Market Checklist. Last time I talked about it there were only 3.5 saying beware of the bear!

In the 2,000 dotcom crash, the number of indicators that screamed “sell out and go to cash” was a huge 17.5/18 and with the GFC it was 13/18. And if the debt ratings agencies had been better at rating crazy lending products, the count might have been 15/18, which would have been a good warning sign that the stock market could fall 50%!

So what’s the bear indicator count now, given the US stock market fell just under 20% before Christmas, while our stock market dropped about 14%?

Personally, I had a gut feeling that the number would have gone higher but the latest update as of January 2019 says it’s still 3.5 out of 18!

What’s the Citi’s team take on their respected market-investing model?

“It is not a market-timing model,” Citi says. “It will not tell us that another short-term correction is imminent, but it will tell us what to do when that correction occurs.

“It is telling us to buy this latest dip.”

They were concerned about the yield curve nearly turning negative-sloping, which can be a recession warning sign but that’s less of a concern right now. They also like the fact that the big stocks sell off before Christmas, powered by trade war concerns and fears about the Fed raising interest rates too quickly, have actually made US stocks more buyable.

Looking at the history of its red flag indicators, the research team says they have “accumulated gradually before rising exponentially” in the final year of a bull market.

They advise to get jumpy about being long stocks when the indicators get to seven or eight. So as the current score is 3.5/18, it’s not too brave to advise that buying stocks when the market dips is still a viable strategy.

Take it as read that I’ll be keeping tabs on those red flags and regular readers/subscribers will be first to know when I have fed flag fever!